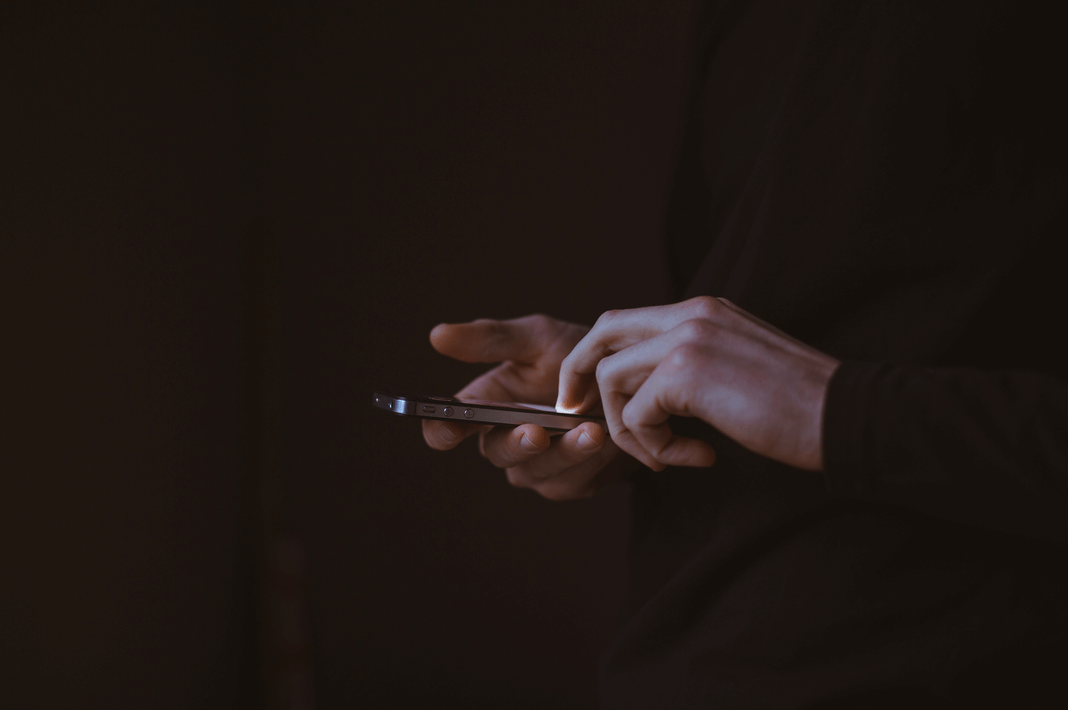 For those of us who follow politics and current events, it’s hard not to feel cynical. The cultural practices of manufactured outrage, sensationalism and professional offense taking seem to have set us on course for a total cultural burnout. Things can still get better, but cultural recovery begins with individual improvement.

I joined Facebook back in 2005 and came of age with everything since then, so maybe I’m just a little burned out. At this point, my indifference at being part of the “Facebook generation” has morphed into shame and resignation.

True, public discourse has always been a little over the top in The United States. When I hear people say, “I miss the good old days when people were nice to each other,” I think, “what the hell are you talking about? Do you remember the 90s?” None of this is really new. But our current epoch is indeed unique. It’s incredible how frequently we see things like public shaming, and harassment used for the most minor transgressions. And no side has a true monopoly over this phenomenon. Though much of this energy currently sits on the Left, it was only a few years ago that the shoe was firmly placed on the other foot, at least until after President Obama was re-elected in 2012.

Technology didn’t really change things as much as we think. The same principles of social etiquette that mattered before 2004 (or 1994 for that matter) still matter today. But the arrival of blogging and social media created a temporary void, where standards of inter-personal behavior did not immediately catch up. At best, it helped us show our creativity and share the unique elements of the human experience. But it also highlighted, amplified and exacerbated people’s inherent narcissism, inflated sense of self-importance and an almost pathetic need for attention. The saturation of these qualities in public discourse is a real worry.

The time has come to reflect on how we might better conduct ourselves on social media, and in the wider public square. So below are five principles that have helped me to retain my sanity. I hope they can help you too.

Just because someone’s wrong on the internet doesn’t mean it’s worth starting a confrontation. Consider what you are trying to accomplish. If you know the person, why not contact him or her privately? Airing it in public without some mutual understanding only creates a spectacle.

Consider your own mental state, and the amount of hours in a day. Should you use your time to fire off a stern rebuke to that person you kinda/sorta know from college, whose Facebook status got you momentarily agitated? Maybe a walk outside would be nice. Or you could read a chapter from that book you started. Or as is probably the case, get back to work! Yes, that person may have some absurd ideas — but is it worth a fight? Maybe it is. But there are a few red flags that should let you know if the person is just venting, looking for attention, or reinforcing a stubborn confirmation bias.

If you like to crash “we agree about everything and are really pompous about it” parties, then by all means! You might even change a few minds (though they won’t tell you in public). But always keep the above in mind.

How consequential is an offensive remark? How important is it that someone, who may have been in a bad mood in the first place (now in an even worse one after your poorly-worded response), be proven wrong at that very moment? For instance, let’s say someone I don’t know very well retweets some terrible article about how all libertarians are idiots who should move to Somalia. I already know the author is wrong, and I don’t need to convulse with displeasure at the retweet to prove it to myself. And if the article annoys me, so what? It doesn’t give me a cold, it doesn’t reach into my wallet and steal my credit card. Most of all, it doesn’t change the truth about the need for restrictions on excessive state power. The author’s opinion need not disturb mine, simply by the nature of its existence.

After all, whose opinion should matter? It would take quite an isolated individual (probably a sociopath) to say nobody’s. But do your friends and family care about you? Great. Does your boss want to keep you? Even better. Are you secure enough to know that, if people have something foul to say about you, your life will continue even as hatred poisons their veins? Perfect. Leaving aside libel, slander and real physical threats, these opinions really don’t matter. They exist outside of you. Even if opinions play a role in reinforcing institutionalized norms and prejudices, should you choose to let them affect your mental state?

If someone really bothers you, you can always unfollow, unfriend or delete them. It’s OK to be the one who breaks off contact.

The Value of Private Thought

People like to complain about everything being so open and intrusive. But in the case of social media, you still have broad control over what you share. Your thoughts don’t have to exist online. In the US, we have a First Amendment, but we have the Fifth as well. You don’t have to share. Some thoughts are better left inside your head to develop prior to expressing them. Private moments are important, as they allow your thoughts to flourish in any direction you wish. It’s these moments when we consider things freely, without busybodies eager to get upset about what we read, watch or listen to.

A recent piece in Spiked showed how George Orwell championed the idea that:

[L]ife, autonomous, free, even if circumscribed, with self-defining loyalties and bonds between people who value their private relationships, is the highest law. ‘The liberty to have a home of your own, to do what you like in your spare time, to choose your own amusements instead of having them chosen for you from above’, is part of our nature. To try to stamp it out is to stamp on a human face.

To live your life constantly outraged on social media — cursing at strangers and swimming in your own self-pity and self-righteousness — is to put a stamp on your own face and, ultimately, your character.

There’s a time and place for everything.

Let’s assume you attend condo association meetings every few months. You walk into a meeting, talk about how the roof needs to get fixed and somehow, through some twisted slight-of-hand, someone makes a vulgar reference to Israel and Palestine. An argument breaks out. The situation sounds absurd! Who would be so maladjusted to do such a thing?

But it’s not absurd — I was once standing in line to get into an event, when a friend that I was with, noticing the two Indian men behind us, proceeded to berate, lecture and condemn them about Kashmir. I’m not kidding. There was no reason to project outward hostility to these random individuals, but my companion decided that THIS was the moment for a grand moral crusade. What was accomplished? Did the authorities in New Delhi and Islamabad receive word and come to an agreement? No! It was just pointless virtue-signaling. And this is basically what the internet has become, writ-large.

Inter-personal interactions with friends, family and coworkers require a level of nuance and subtlety that comes with being a functioning human being. How we apply that intelligence through social media is slightly different, but the need still applies. When social media opened up in the mid-aughts, it was a lot like that first semester at college: you’re friends with everyone and open to whomever, whenever, whatever. But by second semester, the social cement hardens and things change. The group next door isn’t really your crowd, and they don’t feel quite at home with you either. There’s no animosity, but if you can’t be yourself with them, you’re better off venturing elsewhere.

It’s worth remembering what education is meant to instill: critical thinking. Hot-takes and click-bait articles have the capacity to erode this essential element. Again, I can be ensnared by the latest hot topic as much as anyone else. But the channels of thought we use to engage shouldn’t be monopolized by the the engines of the polite consensus (e.g. The Huffington Post, Salon, Buzzfeed). They don’t exist to entice critical thought as much they serve to confirm what most of their readers think already, thus providing a platform to share and gain applause from predictably like-minded friends.

There is something valuable about reading a long, well-written piece and dedicating serious thought to it. Even if you’re infuriated by it, don’t react right away. Step away from the keyboard for at least 20 minutes. Walk it off and let the words run through your mind. Let your orthodoxies be challenged. It’s OK, your friends aren’t watching to make sure you still agree with them, pondering over the comment field like an executioner with his hand on the electricity.

These are just some principles to go by when trying to stay informed, engaged and sane when in front of the screen. It’s OK to change your mind or agree with something that’s outside the bounds of your in-group. And if your friends challenge you, that’s fine. Use discretion, consider the time and place, and keep things in perspective. And that goes for strangers online as well.

J. Andrew is a pseudonym.