On May 14th, 2022, an 18-year-old white supremacist gunman named Payton Gendron attacked a Tops Friendly Markets store in a predominantly black neighborhood of Buffalo, New York, killing 10 and wounding three. Early on in the 180-page manifesto he’d written, Gendron described his motive as being to “ensure the existence of our people and a future for white children.”

Where did Gendron get his racist ideas? After claiming, “I was not born racist nor grew up to be racist. I simply became racist after I learned the truth,” he revealed that he’d been indoctrinated by the likes of 4Chan, the Daily Stormer, dailyarchives, and World Truth Video—hate-filled sites that channel debunked conspiracy theories about race and religion, including blood libel recycled from Adolf Hitler’s Mein Kampf.

This process of recycling the hateful conspiracism of the past is a common feature of these subcultures. Even Hitler’s rantings were far from original, as when he invoked the “stab in the back” (Dolchstoßlegende) conspiracy theory, which had it that the only reason Germany had been defeated in the First World War was that it had been betrayed by “November Criminals” (an allusion to the Armistice being signed on November 11th, 1918), a group that supposedly included Jews and Bolsheviks.

That theory, in turn, could be traced in part to the notorious hoax document known as The Protocols of the Learned Elders of Zion, which purported to present the proceedings of a secret meeting of Jews plotting global domination. Many believed it was genuine, including American industrialist Henry Ford, who published his own derivative conspiratorial tract entitled, The International Jew: The World’s Foremost Problem. (He subsequently withdrew it from circulation when he found out The Protocols was a fake.)

While The Protocols no longer has mainstream proponents, belief in conspiracy theories remains a stubborn—and sometimes deadly—problem. In 2021, the California-based Skeptic Research Center, which I direct along with colleagues Anondah Saide and Kevin McCaffree, conducted a survey of 3,139 randomly selected Americans in regard to 29 conspiracy theories, with respondents being asked to signal their attitudes on a seven-point scale ranging from “strongly agree” to “strongly disagree.” The results were alarming. Nearly one in five Americans (19 percent) told us they believe, to some degree, the QAnon-style theory that “the government, media, and financial worlds in the United States are controlled by a group of Satan-worshipping pedophiles who run a global child sex trafficking operation.” Over a quarter of Americans (26 percent) said they agree, to some degree, that “the actions of the US government are not determined by elected officials, but by an unelected secret group of business and cultural elites known as the Deep State.”

Donald Trump would be pleased to learn that over a quarter of respondents (28 percent) expressed some measure of agreement with the proposition that “the 2020 presidential election of Joe Biden was fraudulent, because it was tampered with by high-ranking politicians, voting machine programmers, and poll workers.” And slightly more than one in five respondents (21 percent) still buy into Trump’s conspiracy theory that “the government has suppressed evidence that Barack Obama was not born on US soil and was thus an illegitimate president.” A roughly similar proportion (22 percent) expressed agreement with the idea that “global warming is a hoax developed by liberal elites and careerist scientists who are hoping to appeal to political popularity.”

We found that for all of these conspiracy theories, Republican-aligned respondents were far more likely than Democrats to express agreement. But Democrats were far more likely than Republicans to agree that “the Bush administration has hidden the truth about their role in bringing down the Twin Towers on 9/11” (for which 25 percent of those surveyed overall expressed some measure of agreement); that “Israel/Jews secretly control most of the decision-making processes across key US institutions, including government and media” (15 percent); and that “political and business elites are regularly using iPhones and other popular consumer electronics to spy on us without our consent” (42 percent).

I have devoted my scientific career to the question of why people believe weird things, and how conspiracy theories such as these can encourage otherwise seemingly rational people to embrace irrational claims—with a small minority then acting on those irrational beliefs in a violent way. When I saw the video of that middle-aged man walking across the rotunda in the Capitol Building dome on January 6th, 2021, proudly waving a large Confederate flag, representing the losing, pro-slavery side in America’s Civil War, I couldn’t help but wonder: What beliefs led him to that moment?

Such belief systems, I’ve come to understand, have less to do with specific conspiracy theories, and more to do with generalized conspiracist attitudes about the world. I have grouped these attitudes into three overarching categories.

The first is what I call Proxy Conspiracism. Many specific conspiracy theories may be seen as standing in for what the believer imagines to be a deeper, mythic truth about the world that accords with his or her psychological state and personal experience. The O.J. Simpson murder trial of 1995 supplies an example. Any reasonable observer who paid attention to the gripping day-by-day presentation of evidence in that case could not help but conclude that O.J. killed his ex-wife, Nicole Brown Simpson, and her friend Ronald Goldman. But Simpson’s defense lawyers floated a convincing conspiracy theory that led to an acquittal: the police planted the evidence against their client. Even though no such police malfeasance was ever proven in the Simpson case, it was apparent that some (or at least one) of the cops was probably racist and, more importantly, that the history of encounters between the black community and the Los Angeles Police Department had been full of racist incidents for many years, including some in which police officers really did plant evidence to frame black defendants.

A second category is Tribal Conspiracism. Many specific conspiracy theories channel elements of wider systems of belief and dogma that constitute (or once constituted) core bonding elements of political, spiritual, social, and tribal identities. In some cases, this can include religious myths that literally go back to Noah, Jesus, and Mohamed. This helps explain the cross-pollination of conspiracy theories within certain political, religious, or national subcultures, and the tendency by which people who believe one theory tend to believe many others.

In some cases, the endorsement of such theories can serve as a symbol of adherence to the corresponding tribe or movement. And so while it may seem ludicrous to suppose that publicly endorsing QAnon conspiracy theories could comprise a mark of status for anyone, it actually does signal a mode of group solidarity among certain defined clusters of like-minded individuals. (Indeed, the crazier the conspiracy theory, the more conspicuous the conspiracy theorist’s display of ideological loyalty.)

The third category is Constructive Conspiracism. The assumption by most commentators on conspiracy theories is that all such theories are false, which is why the term has become a pejorative descriptor (as in “that’s just a crazy conspiracy theory”). But while this generalization is accurate in regard to the above-discussed ideas, some “conspiracy theories” from history—such as, say, the Teapot Dome scandal—have been shown to be rooted in fact.

The fact that some conspiracy theories do sometimes turn out to be true helps explain why our minds are evolutionarily programmed to catastrophize: In the Paleolithic environment in which our ancestors’ brains were formed, “conspiratorial cognition” was a natural adaptation. It was often safer to trust your dark suspicions regarding some neighbouring tribe, rather than dismiss the risk and let down your guard. In such an environment, paranoia could be a life saver, while a more serene and trusting approach could shorten your life.

These categories are not mutually exclusive. The Deep State conspiracy theory that we asked our survey respondents about, for instance, represents an example from the first category—proxy conspiracism; but it also taps into elements of tribal and constructive conspiracism.

In our study, we found that Republicans were about 150 percent more likely to agree with the Deep State conspiracy theory than Democrats, while blacks and Hispanics were 50 percent more likely to agree than whites. Given that Republicans tend to be suspicious of big government agencies, and that, historically, blacks and Hispanics have had far more negative interactions with the government than whites, it is understandable that these constituencies would be more likely to believe that powerful elites are conspiring to gain an immoral or illegal advantage over others.

The QAnon and Deep State conspiracy theories are also proxies for the corrosion of public trust in our elected officials and in our representative democracy more generally. So eroded is trust in institutions that over one in six respondents (17 percent) in our study said they think it possible that the Moon landing was faked, and that the Federal Emergency Management Agency (FEMA) is “secretly building concentration camps in the US that will be used as holding cells for citizens and political prisoners.”

In the area of what we called “suspicious death” conspiracy theories, there are strong correlations at play—though the statistical extent of these linkages varies. Belief in JFK assassination conspiracy theories is only moderately correlated with belief in the Princess Diana murder theory, for instance, yet strongly correlated with the Jeffrey Epstein murder theory. (In all three of these cases, overall rates of expressed belief were between 30 percent and 40 percent.)

At the root of this problem isn’t just distrust in government, but also distrust in journalism, science, and the legal system. And in many cases, this sense of distrust isn’t entirely without basis. And so, ultimately, the antidote to conspiracism will have to involve reinforcing norms of truth-telling, honesty, reason, and rationality in all of these sectors.

At the same time, we need to address the phenomenon of group-based ideological polarization, which has resulted from the creation of digital echo chambers. These include echo chambers where extreme (and sometimes violent) viewpoints are encouraged. By exposing ourselves to different opinions, and being open-minded, we can further develop our ability to adapt our beliefs to the available evidence, instead of clinging conspiratorially to proven falsehoods.

Adapted, with permission, from Conspiracy: Why the Rational Believe the Irrational, by Michael Shermer, Johns Hopkins University Press. 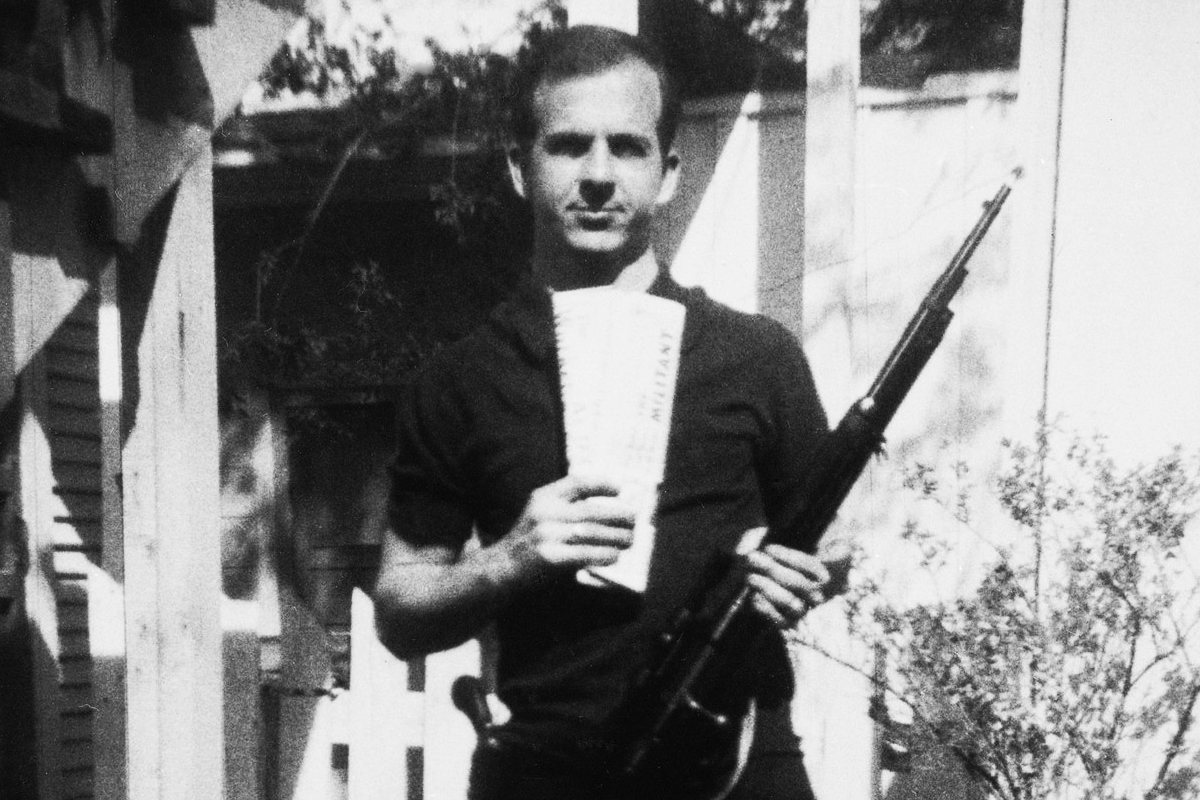 NARRATED: My Misspent Years of Conspiracism 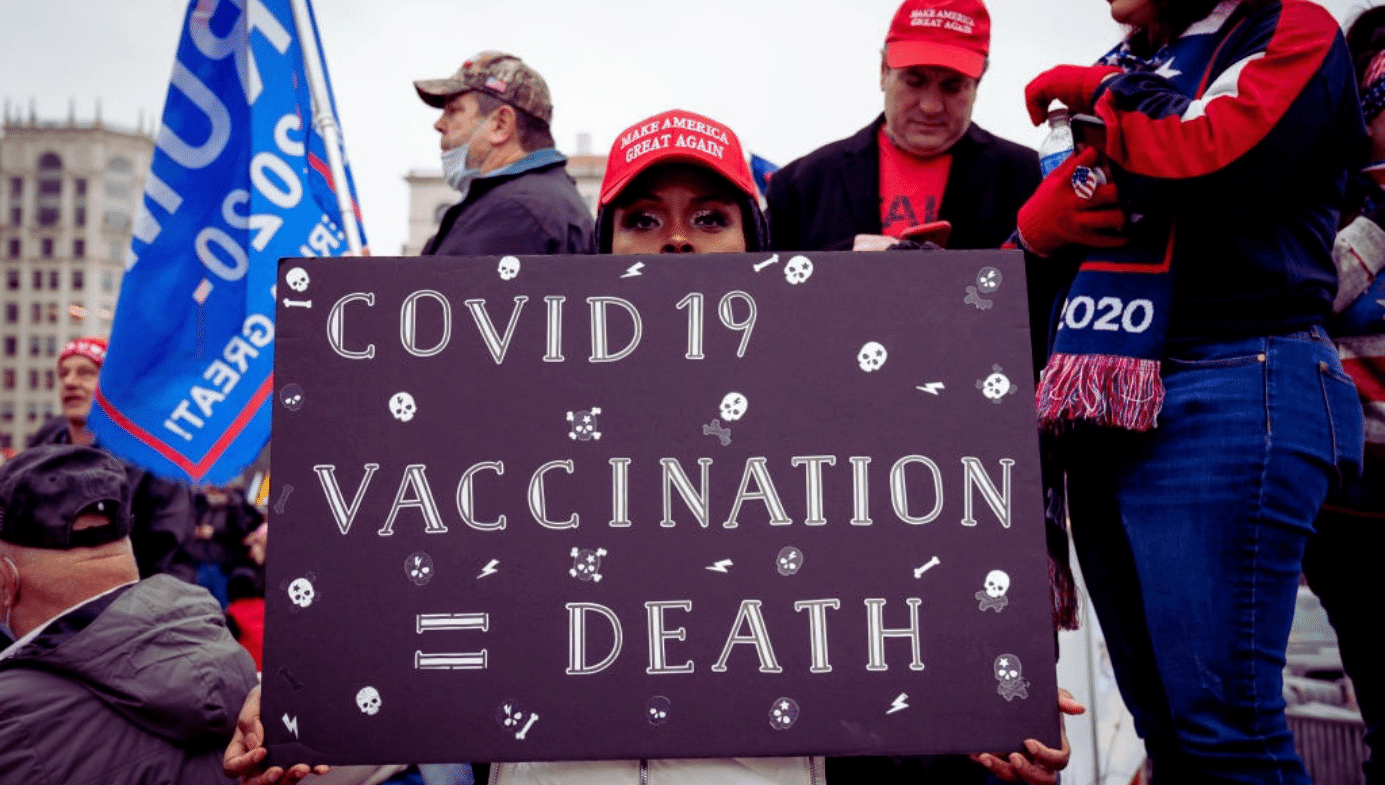