From the early days of the Russian invasion of Ukraine in February, discussions about the war in the West have been permeated by a dangerous tone of complacency and self-congratulation. The Russian military has indeed been exposed as less than effective, and Ukrainian bravery has resonated among the public worldwide prompting Western governments to adopt far more stringent sanctions than most observers had anticipated.

The hard truth, however, is that despite the West’s solidarity with Ukraine, Vladimir Putin is having his way. It would be a grave mistake, for example, to see the sanctions adopted in an extraordinary display of unity by the United States, the European Union, and other partners as signs of success. They are, if anything, a consequence of a previous failure of our policies aimed at deterring Russia. It is not Putin who miscalculated but rather those who assumed that his regime could be dissuaded by the prospect of Russia’s pariah status.

The Ukrainians are standing up to the enemy with admirable valor, but the cards are not stacked in their favor. Russian military planning might have been wrong in assuming that Ukraine would fold after a minor, light-touch “incursion.” If an easy military victory and a sustainable occupation overseen by a Kremlin-appointed satrap are out of reach, Russia’s firepower and the regime’s disregard for human life remain real. If Putin cannot turn Ukraine into a part of his demented dream of a new Russian world, he still has the capacity to reach for a second-best outcome by turning the country into rubble.

In two significant ways, time is on his side. First, democratic politics in the West has a notoriously short attention span. The public tends to be energized, as it was in the first days of Russia’s invasion, by clear, pointed stories. The sudden outburst of support for Ukraine worldwide is heartwarming but the ongoing war is not being fought primarily in the court of public opinion. It is being fought in the Ukrainian mud—the famous rasputitsa—and over the skies of Ukrainian cities where, for all their losses, Russian forces continue to enjoy a numbers advantage. Absent a satisfying resolution, Western public interest will inevitably shift elsewhere. Instead of an urgent imperative for action, the horrifying images and sounds of Russia’s prolonged military campaign risk becoming background noise.

Second, the effectiveness of sanctions tends to wane as workarounds are found, adjustments are made, and new market relationships are built. Remember, not all Russian banks are disconnected from SWIFT and, most importantly, oil and gas revenue continues to flow into the country. Even with the US oil import ban, and with the EU reducing its demand for Russian natural gas by 80 percent as the European Commission has vowed to do, Russian energy supply (particularly oil and coal) will continue to be fungible. Turning to China to sell Russian energy and get liquidity might not have been Putin’s first option but one ought to work under the assumption that it is a tolerable price to pay for his long-term goal of destroying an independent and self-governing Ukraine.

Putin’s plan may be to wait the Ukrainians and the West out. The former will face, the Kremlin envisages, a slow war of attrition replete with civilian death and suffering, eventually bringing Volodymyr Zelenskyy or his successor to the negotiating table. The latter, meanwhile, will seek some form of normalization of relations with Russia. After all, as the common Western tropes go, we need Russian cooperation on matters like climate change and arms control. Even at this point, some in the West continue to live under the illusion that Russian cooperation can be a constructive force in negotiations with Iran, which are taking place in Vienna.

The West’s sudden awakening to the Russian threat was easy. Sustaining its attention and crafting policies that can save Ukraine and bring about the demise of Putin’s regime will be hard. Already, those who think in terms of “off-ramps” and compromises are warning against framing the Western response to the current conflict in terms of “regime change” since that will only harden Putin’s attitudes. But there are only two stable outcomes of the current situation: the end of Ukraine as a self-governing nation or the end of Putin’s regime. That does not mean the latter is within our reach and that we will not see an unsatisfying though temporary settlement. Yet, if and when peace negotiations do begin, it is important that Zelenskyy’s hand be as strong as possible and that the outcome of such negotiations be seen as an unequivocal defeat for the regime, demoting not only its international standing but also its domestic legitimacy.

Anything less than that would be a blow to European, US, and Western interests. This is not simply because we all have some abstract interest in Ukraine’s success as a liberal democracy and in ending the impending humanitarian catastrophe brought about by Putin. It is primarily because the Russian regime’s ambitions extend beyond Ukraine and involve rolling back the past 30 years of Europe’s security architecture, built on principle of national self-determination. Russian success in Ukraine, albeit with a hefty price tag in Russian treasure and lives, would position the regime to continue to undermine the EU and NATO, with the aim of destroying Eastern European democracies that liberated themselves from the shackles of the Soviet empire.

Consider that two million refugees have already fled, overwhelmingly to Poland, Hungary, Romania, and Slovakia. While the welcome extended by Ukraine’s neighbors has been exemplary, we should be under no illusions about the destabilizing effect that sustained immigration flows of such magnitude risk having on European politics. European reaction to early stories of refugees fleeing Syria and Libya were also marked by compassion, goodwill, and a sense of shame for not having done more to stop the conflicts. However, those quickly gave way to a far more bitter and divisive rhetoric, which empowered the most irresponsible and reckless currents in European (and US) politics. We should all hope that this time is different, but we should not take it for granted.

Furthermore, if Russia succeeds in gaining control over Ukraine (or what is left of it at the end of this war), NATO’s eastern flank would become much harder to defend against Russian aggression which could emerge anywhere along a much longer border that the alliance would then share with Russian-controlled territories. If Russians control Ukraine, the non-NATO country of Moldova would be an obvious next candidate for annexation. But can anyone be confident that Putin would stop there?

If not, what can we do to stop him? Over at Wisdom of Crowds, the Atlantic Council’s Damir Marusic pours cold water on the idea that NATO should seek to establish a no-fly zone over Ukraine, since enforcing one would easily escalate into a land war. Tactical nuclear weapons could be used, giving Russia a numbers advantage following US cuts to its tactical nuclear arsenal. While most observers agree that a no-fly zone is an extremely fraught proposition, the problem with Marusic’s argument is that it proves too much. If the West is not well-positioned to win a land war in Ukraine, odds are we might face similar difficulties defending the Baltic states, Poland, or Romania. And, if the prospect of a tactical nuclear exchange over Ukraine is terrifying, it becomes no less so if the conflict involves countries that the United States is treaty-bound to defend.

At some point, it may become necessary to acknowledge that the war in Ukraine is already our war, too, whether we like it or not—notwithstanding the tired talking point about how Putin supposedly desires nothing else than a conflict with NATO. Sustainability of the status quo, in which we continue to pretend to stay formally out of the conflict while imposing draconian sanctions on the Russian economy and providing lethal and other aid to Ukraine, is predicated on Putin playing by the same formal rules as we do. But this isn’t about winning a legal argument in a court or an academic one in a seminar room. If Putin really does want a conflict with NATO, he can easily build a casus belli on any of the myriad policies that the United States and its allies have put forward over the past couple of weeks.

The fact that he has not done so is consistent with Putin’s experience from younger years as a violent street fighter in Saint Petersburg, of which he continues to be proud. Being “street tough” inevitably involves picking the right (i.e., weaker) opponents and staying away from stronger ones. It is also consistent with his more recent experience in pursuing his goals, which are inimical to the West’s interests, without facing a more muscular Western pushback. None of this is an argument for a shooting war with Russia, nor for a no-fly zone, which would likely lead to one. It is, however, an argument for a much greater degree of self-confidence on the part of the West in arming Ukraine and setting it up for success.

According to a proposal by Sir Hew Strachan, a British military historian pushing for a more effective Western aid to Ukraine, the West could also do much more. It could help Ukraine recruit foreign volunteer pilots and ground crews (and donate appropriate planes and equipment, which improve upon the Soviet-made planes currently under consideration); it could beef up the supplies of drones (particularly of the Turkish TB2); it could better support and coordinate cyberattacks on Russia and Belarus by civilian groups such as Anonymous; it could train volunteers (particularly still-expatriated Ukrainians) on man-portable missile systems; and it could commit long-term support to a possible resistance government set in the Carpathians.

In addition to such assistance and fortifying NATO’s own defenses, why not throw Russians off-balance by adopting a more aggressive military posture all along the borders of Russia’s expansive continental empire? If the Moldovan government requests a NATO presence in the country, for example, we should oblige. Likewise, now is the perfect time to conduct large naval exercises anywhere in the Arctic Sea, the Bering Sea, or in the Sea of Japan, and to periodically test Russia’s air defenses in much the same way Putin has tested those in the UK, Denmark, and Norway for years. Nowhere near the size of the Soviet army, Russia’s military is presently overstretched and overcommitted in Ukraine. Reminding the Kremlin of its weakness is not provocative; it is our best chance to bring about its defeat in Ukraine and eventually to erode the viability of Putin’s regime. It would be reckless and irresponsible not to seize this opportunity. 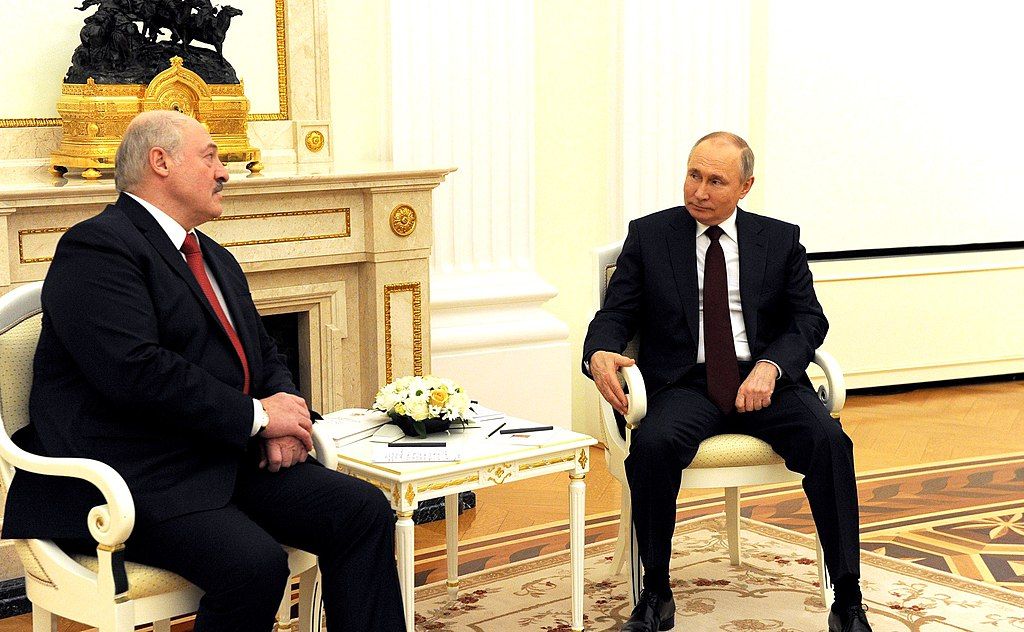 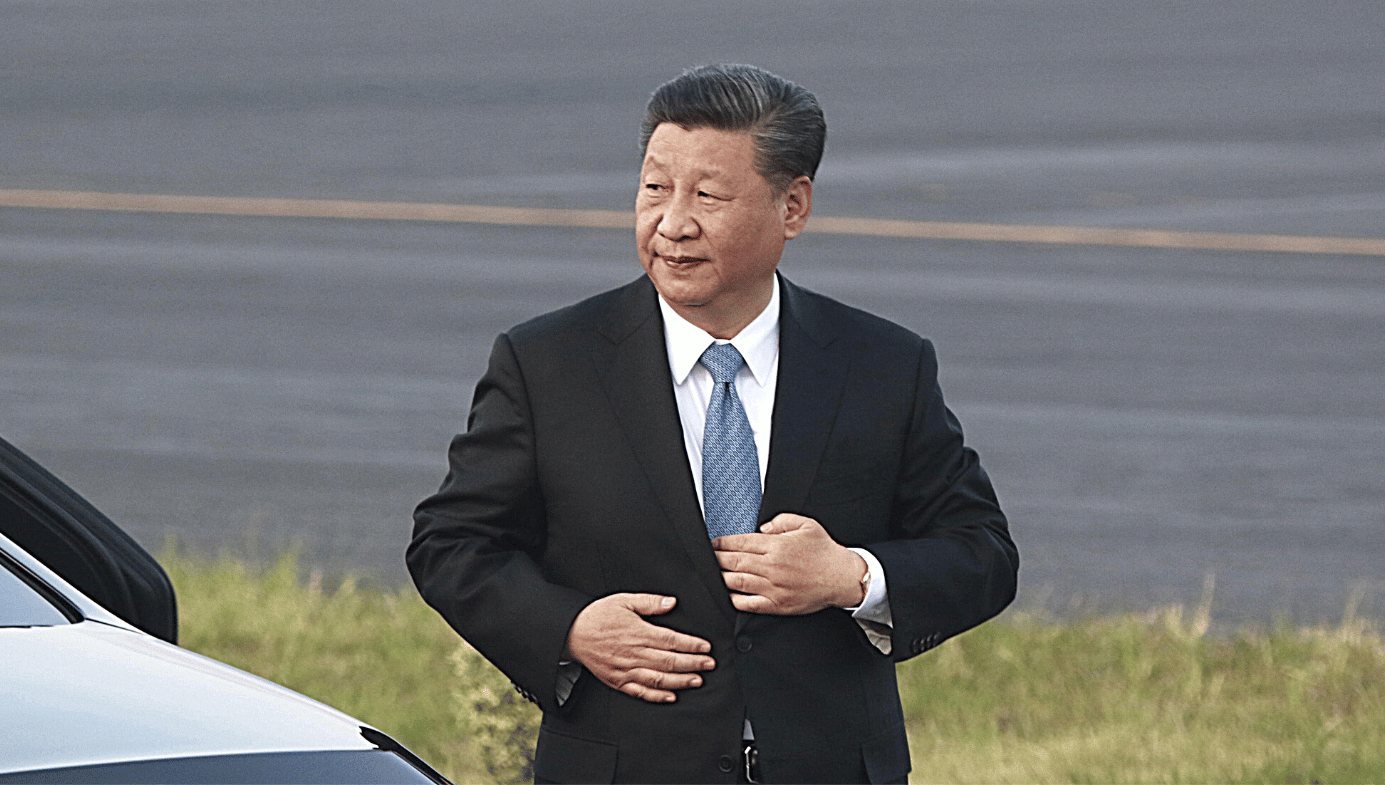