In one of my favorite episodes of South Park, two sleazy salesmen try to sell shoddy vacation condos in the glitzy ski town of “Asspen” to the lower middle-class residents of South Park. Their sales pitch is simple: “Try saying it, ‘I’ve got a little place in Asspen.’ Rolls off the tongue nicely, doesn’t it?” Eventually, the residents open up their checkbooks.

This is exactly what happened when recruiters from Goldman Sachs used to show up on Ivy League campuses in the early 2000s. You didn’t join Goldman as a summer intern for the $1,500-per-week-paycheck, though that wasn’t bad. Or for the possibility of a $65,000-a-year full-time offer for a 100-plus-hour-a-week job. You did it for the privilege of saying: “I work at Goldman Sachs.” There was something intoxicating about working at the most elite financial institution in America. For analysts who worked for Goldman in its day, the rush you got from saying you worked there was the equivalent of how today’s graduates feel when they say they work for a “social impact fund” or a “cleantech startup in the Valley.”

In the spring of 2006, I was a 20-year-old junior at Harvard College, and I fell for the trick. I joined Goldman Sachs that summer as an intern.

By the end of June, I knew that I had made a terrible mistake. People walked around Goldman Sachs with polished black leather shoes, pressed shirts, and Hugo Boss ties. I was selected to work in the firm’s then-prestigious investment division, where the essence of the job wasn’t so different from what my boss at a hedge fund had explained to me the prior year: to turn a pile of money into an even bigger pile of money. Yet at Goldman, we carried out that mission in a more genteel way. The managing directors at Goldman—the bosses at the top of the food chain—wore cheap digital watches with black rubber wrist straps, prominently juxtaposed against their expensive tailor-made dress shirts. It was an unspoken Goldman tradition.

One of the many vice presidents, who worked in the cubicle diagonally across from mine, would make a small scene every time he needed to use the restroom, dashing out and walking fast to and from his desk, just to show everyone how busy he was. I was the only one with a direct view of his computer screen; he was usually surfing different news sites on the web. Six weeks into the internship, I hadn’t learned a single thing—save for the polite suggestion from my superiors that I wear nicer shoes to the office.

The hallmark event at Goldman Sachs the summer I worked there wasn’t a poker tournament on a lavish boat cruise followed by a debauched night of clubbing, as it had been at the more edgy firm where I’d worked the prior summer. Rather, it was “service day”—a day that involved dressing up in a T-shirt and shorts and then dedicating time to serving the community. Back in 2006, that involved planting trees in a garden in Harlem. The co-head of the group at the time was supposed to lead the way.

I welcomed the prospect of a full day spent at a park away from Goldman’s cloistered offices. Yet when I showed up at the park in Harlem, very few of my colleagues seemed interested in … well, planting trees. The full-time analysts shared office gossip with the summer analysts. The vice presidents one-upped each other with war stories about investment deals. And, of course, the head of the group was nowhere to be found.

It was supposed to be an all-day activity, yet after an hour I noticed that very little service had actually been performed. As if on cue, the co-head of the group showed up an hour late—wearing a slim-fit suit and a pair of Gucci boots. The chatter among the rest of the team died down, as we awaited what he had to say.

“Alright, guys,” he said with a sombre expression, as though he were going to discipline the team. A moment of tension hung in the air. And then he broke the ice: “Let’s take some pictures and get out of here!” The entire group burst into laughter. Within minutes we had vacated the premises. No trees had been planted. Within a half-hour, the entire group was seated comfortably at a nearby bar that was well prepared for our arrival—pitchers of beer ready on the tables and all.

I turned to one of the younger associates sitting next to me at the bar. I remarked that if we wanted to have a “social day,” then we should’ve just called it that instead of “service day.”

He laughed and demurred: “Look, just do what the boss says.” Then he quipped back: “You ever heard of the Golden Rule?”

“Treat others like you want to be treated,” I replied. “Wrong,” he said. “He who has the gold makes the rules.”

I called it “the Goldman Rule.” I learned something valuable that summer after all.

Nearly a decade and a half after I’d learned it, the Goldman Rule had only grown in importance. In January 2020, at the World Economic Forum in Davos, Goldman Sachs CEO David Solomon declared that Goldman would refuse to take companies public unless they had at least one “diverse” member on their board. Goldman didn’t specify who counted as “diverse,” other than to say that it had a “focus on women.” The bank said that, “this decision is rooted first and foremost in our conviction that companies with diverse leadership perform better,” and that board diversity “reduces the risk of groupthink.”

Personally, I believe the best way to achieve diversity of thought on a corporate board is to simply screen board candidates for the diversity of their thoughts, not the diversity of their genetically inherited attributes. But that wasn’t what bothered me most about Goldman’s announcement. The bigger problem was that its edict wasn’t about diversity at all. It was about corporate opportunism: seizing an already popular social value and prominently emblazoning it with the Goldman Sachs logo. This was just its latest version of pretending to plant trees in Harlem.

The timing of Goldman’s announcement was telling. In the prior year, approximately half the open board seats at S&P 500 companies went to women. In July 2019, the last remaining all-male board in the S&P 500 appointed a woman. In other words, every single company in the S&P 500 was already abiding by Goldman’s diversity standard long before Goldman issued its proclamation.

Goldman’s announcement was hardly a profile in courage; it was just an ideal way to attract praise without taking any real risk: another great risk-adjusted return for Goldman Sachs.

Goldman’s timing was also impeccable in another way. Its diversity-quota proclamation stole the headlines from a much less flattering event: Goldman had just agreed to pay $5 billion in fines to governments around the world for its role in a scheme stealing billions from the Malaysian people. In what has become known as the 1MDB scandal, Goldman paid more than $1 billion in bribes to win work raising money for the 1Malaysia Development Berhad Fund, which was supposedly meant to fund public-development projects. In actuality, Goldman turned a willfully blind eye as corrupt Malaysian officials immediately turned the fund into their own private piggy bank, buying art and jewelry. Some of that money literally ended up funding The Wolf of Wall Street.

Goldman’s effort to change the narrative didn’t go unnoticed. As one Redditor on the now-infamous forum WallStreetBets observed, “They want to make sure that any IPO they bring to market has a brown or black person on the board of the company they are IPOing, but are perfectly okay with ripping off millions of Malaysians by engineering a slush fund for an oil tycoon’s jewelry collection and private jet.” Well, yes. Welcome to the woke-industrial complex.

Vivek Ramaswamy is the founder of Roivant Sciences, and the author of Woke, Inc. 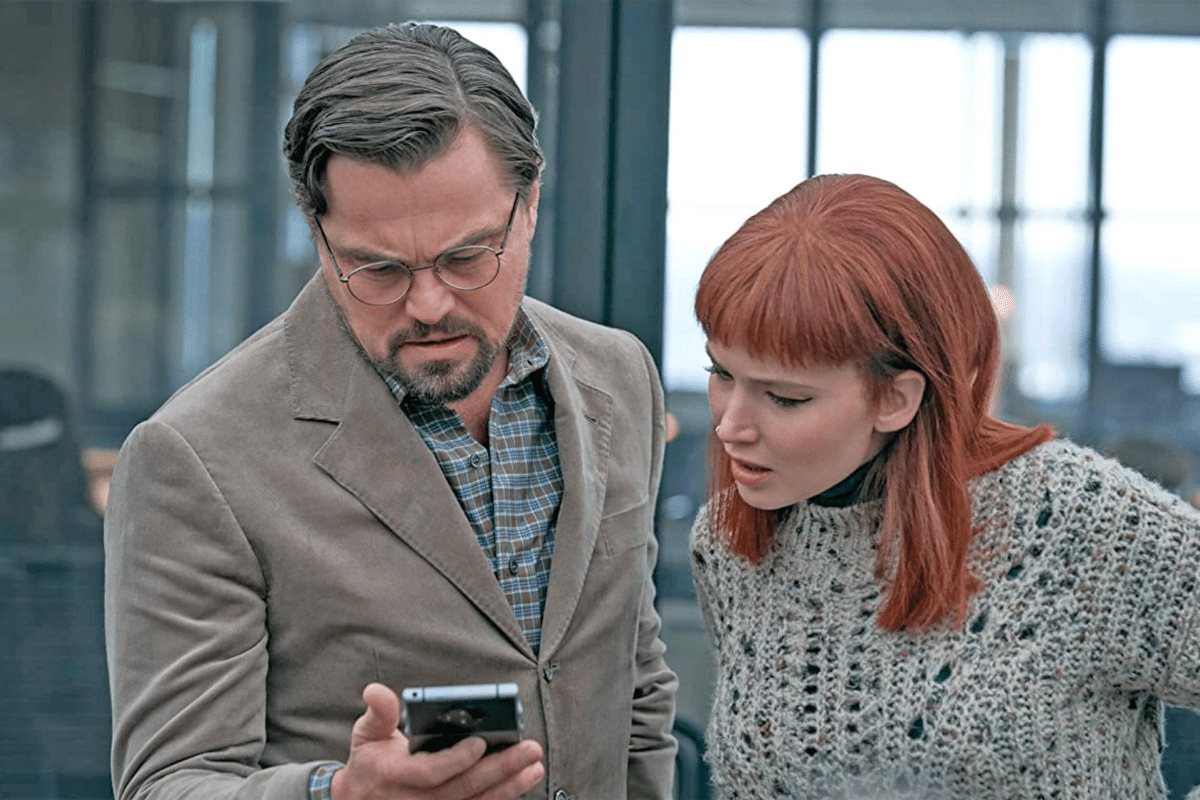 In the recent Netflix smash hit Don’t Look Up, scientists try to warn the world about a comet hurtling towards Earth that is going to wipe out human civilization and possibly life itself. Except, no-one wants to hear the bad news: the US president is too busy with the 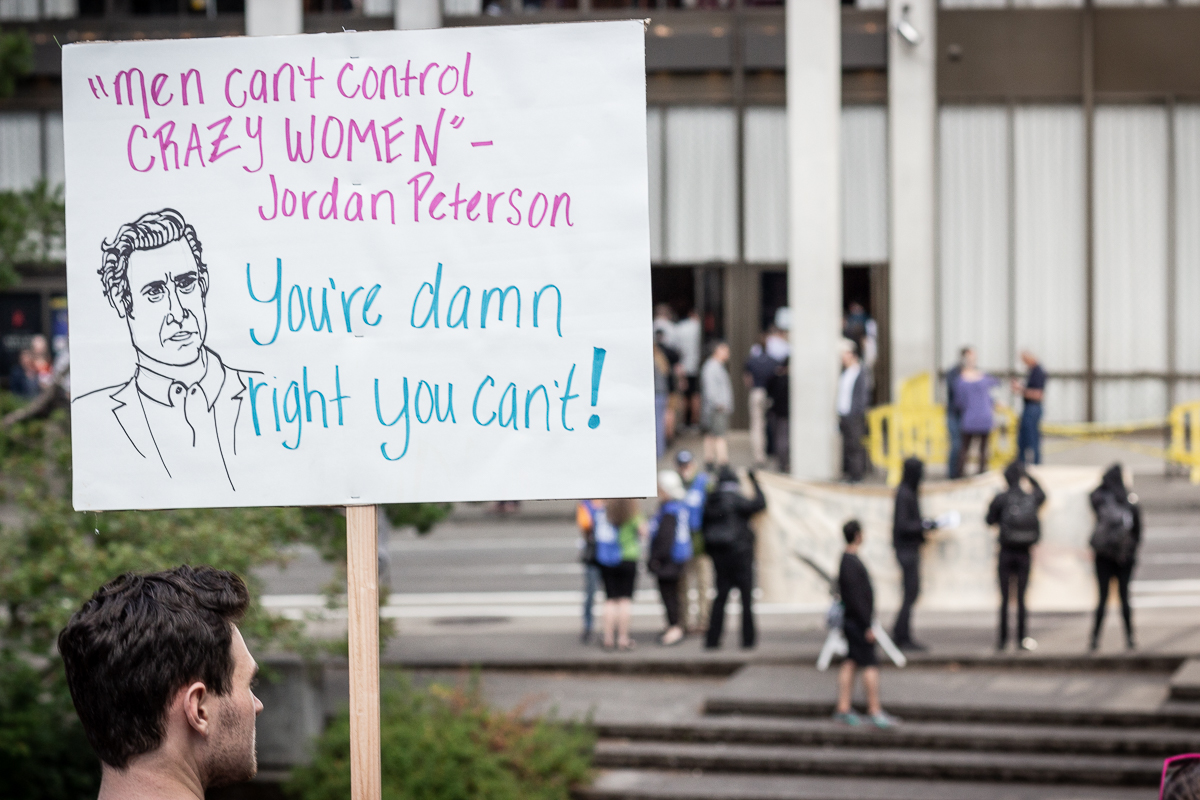 The Institutionalization of Social Justice

Over the past few years, social justice activists have demonstrated an increased ability to suppress controversial viewpoints. To take a few examples: A few months ago, mathematician Theodore Hill described in a Quillette essay how progressive groups were able to get a research paper of his on a biological phenomenon