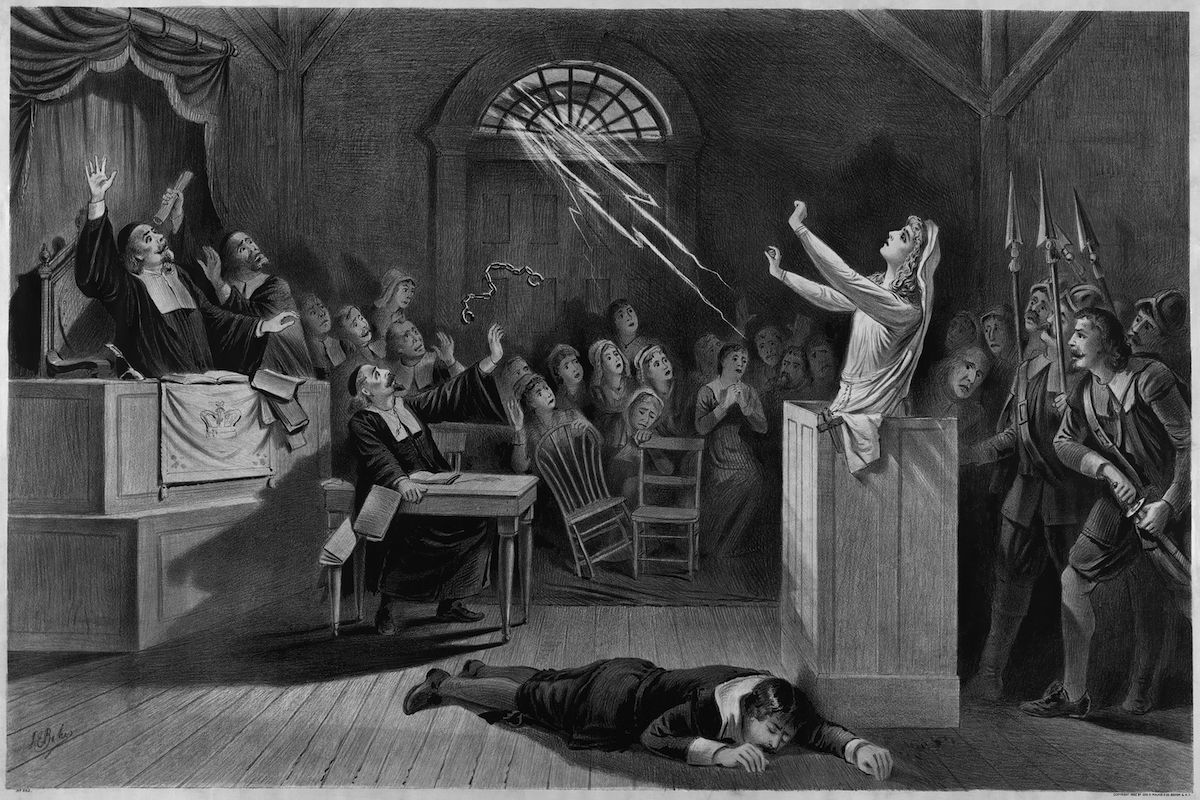 In the fall of 2020, I became the target of a cancellation campaign after I’d suggested that the best policy for a university seeking to support underrepresented groups, while staying true to its mission of producing knowledge, is to ensure that hiring and admissions decisions are based on merit. It’s an idea that directly reflects bedrock principles advanced during the Civil Rights movement, and which are still supported by a large majority of Americans. But to the mob, I was just an irredeemable enemy of progress and social justice. As part of the now-standard playbook, my attackers formed a Twitter mob and wrote a denunciatory public letter, cynically misrepresenting my views, demanding that my research and teaching at the University of Chicago be restricted, and urging that my department formally denounce me. Fortunately, at a crucial juncture in the proceedings, the Free Speech Union launched a change.org petition in my support, which was signed by more than 13,000 people. (The list probably includes many readers of this essay. Thank you so much for your support!) My university president, Robert Zimmer, subsequently issued a strong statement defending freedom of expression on campus. As a result, I seem to have survived my cancellation.

Since these cancellation tactics are increasingly being deployed against academics who advocate mainstream views on any number of subjects—including hiring and admission—I’ve assembled some thoughts based on my recent experience, in the hope that my advice might be useful to others who find themselves in my position. If we’re going to defend the pursuit of truth, the primacy of reason, and academic freedom effectively, we need to discuss tactics that have worked, and build on these successes.

Readers may notice that my theme is similar to that of Pedro Domingos and Bari Weiss, both of whom recently have offered their own suggestions in regard to fighting cancel culture, each drawing from their own experiences. One point of contrast is that, in responding to the inevitable tension between pushing back against one’s critics and forgiving them, Domingos (a fellow academic) leans a bit more toward the former while I lean a bit more toward the latter. I encourage interested readers to consider these perspectives, and more, in formulating their own views.

Love. When you are being targeted by aggression, hostility, and hatred, a natural impulse is to want to fight back as hard as possible, and exact revenge. But love—and yes, I use that word—for your students, friends, family, and the society we inhabit more generally should be your motivation for standing up to the excesses of modern ideological movements. If a mob starts attacking you, remind yourself that this mob is composed of human beings who are themselves worthy of dignity and respect, then try to return their hatred with love. Ultimately, I think that cancel culture presents a case study in what Desmond Tutu summed up with the book title, No Future Without Forgiveness.

Or put in less lofty terms: We shouldn’t fight cancel culture with more cancel culture. Because I took this attitude, when I look back at my attempted cancellation, I am proud of the way I reacted. When people lied about me and slandered me, I tried to smile and let it slide. When the Free Speech Union posted my letter of denunciation as part of the change.org petition, I asked that the names of my denouncers be blacked out to prevent them from suffering their own online attacks.

The way we win this fight is by being unyielding in our beliefs, which also means sometimes being willing to suffer abuse, then forgiving our attackers when appropriate and trying to move forward together as an academic community. That will be the best way to convince bystanders about who is just and who is right.

That said, it is essential to remember that love does not mean passive toleration of nonsense ideas that are actively harming everyone, including the very people who are spouting them. Consider the example of students claiming to be harmed by an intellectual argument. If we support or validate this narrative, then we are actually harming these students’ resilience and long-run academic interests.

Determination. Salem Village farmer Giles Corey was accused of being a wizard during the Massachusetts witch trials of the late 17th century. The way the law worked then, if he pleaded to the charge, they could take all of his possessions after they found him guilty and killed him. To protect his children’s inheritance, he simply refused to plead. So they slowly piled rocks on him (“pressing,” as it was then known), and every so often asked him, “How do you plead?” The only answer they ever got out of him was, “more weight,” and on the third day he died, broken in body, but unbroken in spirit. The human stakes are lower when it comes to modern cancel culture—no one is being pressed to death—but the same social dynamics are at play. And Corey provides an inspiring example of the determined way we should react.

Note that determination does not mean responding to every person attacking you. Many of the people who join a mob take the view that anyone who disagrees with them is presumptively evil, and they will not be interested in facts or reason. Once you realize that you are dealing with someone in this category, I recommend not engaging with them, especially on social media. Just let it go, continue to put your message out in a positive way, and move on to people interested in a discussion. Focus your determination on trying to convince decent people who have been scared into silence but who know that what you are advocating is just.

Courage. General Joshua Chamberlain was a professor, US Civil War hero, and governor of Maine. In 1880, there was an election dispute, and a mob came for the sealed ballots. Chamberlain went out to face the crowd alone, opened his shirt to show his war wounds, and reportedly told the crowd that, having faced death many times, he wasn’t afraid, and that anyone who wanted to get the ballots would have to go over his dead body. Inspired by these words, another military veteran reportedly stepped out of the crowd and said that he’d kill the first man who laid a hand on Chamberlain. And that was the end of that.

The lesson is that a mob is a crowd of people who have lost their individuality in a frenzy of group madness, but who can be shocked back to their senses if you stand up to them with courage. They anticipate weakness and feed off it, but don’t know how to deal with strength. Don’t gratuitously antagonize the mob, but also make sure that these people know that you will not submit to blackmail. This means that you should not apologize for expressing ideas or advocating a position that you believe is correct. Doing so shows weakness, which not only encourages the mob, but could even undermine your position if any underlying dispute proceeds to legal channels.

Support. I am lucky to be at the University of Chicago, which has a long history of defending academic freedom, in large part thanks to President Zimmer. Even if you don’t have that kind of enlightened leadership at your own institution, you usually can still find support. One important thing to remember is that administrators may be worried about the image of their university and how any controversy will affect their own continued employment. As Prof. Domingos noted in regard to lessons learned at his own university, if these administrators are only hearing from your detractors, they may be more tempted to throw you under the bus to make their problem go away. So get in touch with organizations such as the Free Speech Union, Quillette, Heterodox Academy, and FIRE, which can help rally some troops to support you.

I also strongly recommend that you get a good lawyer to advise you about your rights, and accompany you to official meetings. Write down everything that happens and save all relevant communications (emails, tweets, letters). If someone is demonstrably lying about you in a way that could affect your career, that might be the basis for a defamation lawsuit (although the viability of such an approach depends on the details of your case and the jurisdiction you inhabit). If you plan ahead before speaking out, a strategy that might be useful is to organize a group of like-minded scholars who can come out together and agree to support each other in advance. Whether as a group or alone, prepare your statements assuming that they will go viral and that your detractors will try to cynically misrepresent what you said—including, sadly, your private communications. It is a good idea to test your material on people who don’t agree with you, but who can be trusted to not attack you.

I also recommend getting a code such as the Chicago Principles adopted at your institution if possible, so administrators will have something concrete to point to in a crisis to justify not firing you. If and when any such issues are put to faculty vote, that voting should be done by secret ballot (as with any normal democratic election). This helps assure that people will vote the way they think, not the way they’re supposed to think.

Perspective. Freedom isn’t free. And what’s being asked of most of us is, in the grand scheme of things, relatively minor. You might lose a grad student, some colleagues might be mean to you, maybe it will be harder to get certain grants, maybe you will even lose your job—but probably nothing will happen to you that would particularly impress Solzhenitsyn. One exercise that might help is to play out in your mind all of the negative scenarios you can imagine and show yourself that you can survive them. Even in the worst-case scenario, you will probably still be better off than 99 percent of the world’s population.

Not all of us are willing or able to take on this fight. And even those of us who are ready to act need to choose our battles wisely, and not go charging into every fray like a mad berserker. In my own case, I spent years remaining silent and hoping the problem would just go away on its own. Eventually, I realized that the problem was getting worse rather than better, so I spoke up in the most considered way I could. And even then, I was still targeted for a cancellation attack.

One final thought: I think that those of us with tenure have a special responsibility to lead the way, to protect young scholars who are afraid to speak. Of course, even tenure may not protect you in all cases, and everyone has to make their own decisions. But if you do decide to take a stand, good luck, and I hope these ideas prove useful.

Dorian S. Abbot is an associate professor in the Department of the Geophysical Sciences at the University of Chicago. This essay is adapted from a recent talk delivered to the Society for Academic Freedom and Scholarship (SAFS) that is available here. Follow him on Twitter at @DorianAbbot.