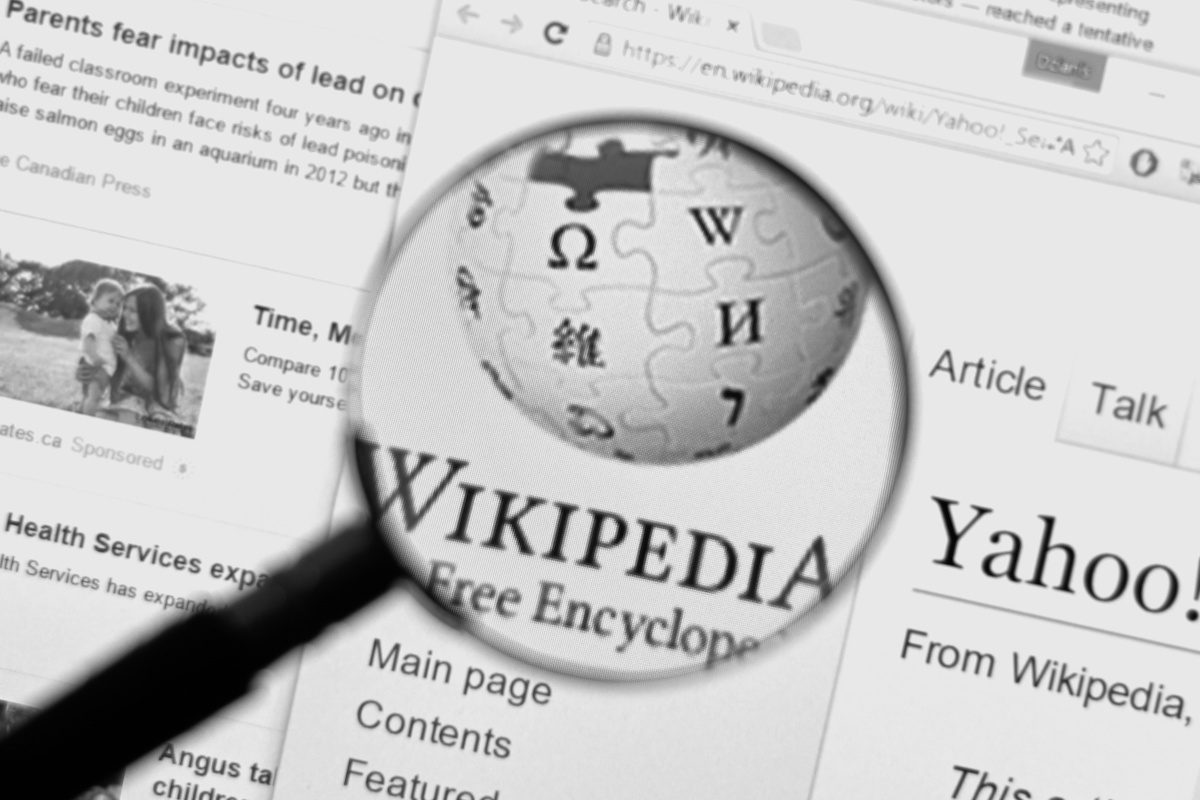 In April 1766, the final volumes of Encyclopédie rolled off a clandestine French printing press carrying the mark of a foreign printer. Subscribers, at this point, may have despaired of ever seeing them—in 1750 they had been promised 10 volumes over five years. The finished product consisted of 28 volumes of 71,818 articles from A (the letter) to Zzuéné (the Egyptian town of Aswan), totalling 20 million words and including 3,129 illustrations. It represented the work of over a hundred contributors led by editors Denis Diderot and Jean-Baptiste D’Alembert.

The encyclopédists were criticised (fairly) for plagiarism. “One may harvest the way bees do… but the thievery of the ant, which walks off with the whole thing, ought never to be imitated” the first volume’s Jesuit reviewer wrote archly. The encyclopédists were inconsistent, and when wandering away from their areas of expertise made some odd claims. Readers of Diderot’s article on the Human Species learned that the Swedes live underground, call the devil with a drum, have never heard of God or religion, and offer their wives and daughters to strangers. It’s far from the only racist claim in an article which hasn’t aged particularly well, but it is certainly one of the strangest. We can confidently say it wasn’t peer-reviewed by a Swede. Or anyone who had been to Sweden, for that matter. On occasion, the encyclopédists gave up altogether. In the article on aguaxima, Diderot noted that it is “a plant growing in Brazil and on the islands of South America.” Unable to find anything else, he used the rest of the article to complain about the pointlessness of including it in the first place, saying he only kept it in “out of consideration for certain readers who prefer to find nothing in a dictionary article or even to find something stupid than to find no article at all.”

Such problems notwithstanding, Encyclopédie is an enormously significant work of both the French Enlightenment in particular, and modern Western civilisation more generally. It was not the first encyclopedia, but it was unmatched for its breadth and depth, and for its willingness to buck orthodoxy. Subtitled “A Systematic Dictionary of the Sciences, Arts, and Crafts,” it spurned hagiographies of kings and saints in favour of carefully illustrated articles on craft and manufacturing, previously considered beneath the interest of men of letters. Its article on the manufacture of the pin may have been Adam Smith’s source for his iconic story of pin-making in The Wealth of Nations.

Encyclopédie and many of its authors were controversial. Denis Diderot had spent an uncomfortable six months imprisoned without trial in the dungeons of the Château de Vincennes when his heretical writings on religion were brought to the government’s attention. Another contributor, Abbé Martin de Prades, was forced to flee the country when it emerged that he had questioned the literal truth of the Old Testament in his doctoral thesis. Encyclopédie itself was banned by the Parlement of Paris in 1759, and needed to be finished in secret. But finished it was, and when complete, provided the sum of Western knowledge to anyone who could pay the subscription fee. It put the first crack in the wall which divided those who had knowledge from those who did not. No medieval king cared if the bulk of his subjects could read, let alone if they understood history, geography, or what then passed for science. It was not a large crack, as only the wealthy could afford Encyclopédie, but it was a start.

From Encyclopédie to Wikipedia

If there is a modern equivalent to Encyclopédie for cultural impact, scale of content, and controversy, it’s surely Wikipedia, the free open-source online encyclopedia run by the not-for-profit Wikimedia Foundation. Started by entrepreneurs Jimmy Wales and Larry Sanger on January 15th, 2001, it has since grown to become one of the world’s top 15 websites with a vast database of 55 million articles in 317 languages, as well as a family of related projects covering everything from travel guides to recipes. Beloved of geeks, friend to lazy students and journalists alike, and bane to procrastinators, it celebrates its 20th birthday this month.

It’s hard to overstate just how much information is on Wikipedia. You can instantly find the average July temperature in Lisbon, the difference between an ale and a lager, the historical background to the Fifth Amendment of the United States Constitution, or the full list of 10 ways a batsman can be out in cricket. The illustrated article on aguaxima includes far more information than Diderot’s effort, and readers can find a far more accurate article on religion in Sweden. These articles all link to their sources, so a reader can do their own fact-checking.

There is one more crucial difference between Encyclopédie and Wikipedia, though. Encyclopédie’s subscribers needed to pay 280 livres for it, far beyond the wages of an ordinary person. But anyone who can afford a device with an Internet connection can access Wikipedia wherever they go. This accessibility was game-changing.

There are many criticisms of Wikipedia, and the best place to read about them is probably Wikipedia’s own article about criticism of Wikipedia. Most of these criticisms are valid. Wikipedia is susceptible to hoaxes, libellous rumours, and the spread of disinformation. Wikipedia itself explains it is not a reliable source, and encourages its readers to check their citations. Given the ubiquity of Wikipedia this is a weak disclaimer, but the overall quality of the information isn’t bad. A 2005 study published in Nature found that Wikipedia compared favourably to Encyclopaedia Britannica in the accuracy of its articles on science, and it has come a long way in the 16 years since then. But, unsurprisingly, a lot of its information is incorrect, and some is actively harmful. Journalist John Seigenthaler had a miserable experience getting his Wikipedia article fixed when it falsely implicated him in the assassination of President John F. Kennedy.

False claims in Wikipedia articles can be picked up by other sources, which Wikipedia users then themselves reference. XKCD cartoonist Randall Munroe coined the term “Citogenesis” to describe this circular referencing process. For instance, in June 2012, a poster from Somethingawful.com wrote in Wikipedia that professional baseball player Mike Trout was also known as “the Millville Meteor.” The media picked this up, other Somethingawful.com users updated the Trout’s Wikipedia page with citations to the articles, and the nickname stuck. Fortunately, Trout didn’t mind, but other examples are less benign.

Since the articles are written by an army of enthusiastic amateurs without the benefit of sub-editors, the quality of the writing is variable. Particularly in the less visited articles, contributors can make vertigo-inducing jumps from one topic to another mid-sentence, drop out-of-place colloquialisms, wander into bizarre diversions of unrelated trivia, or blandly explain the bleeding obvious. Many examples are captured in [Citation Needed]: The Best of Wikipedia’s Worst Writing, a Tumblr page maintained by Conor Lastowka and Josh Fruhlinger, who have now produced two books from their submissions. Readers of Wikipedia can learn that “Bill Rizer was named Nintendo Power’s 17th favourite video game hero, due to his aptitude with saving the world” (the article on the series Contra), “Pooky, along with Jon and Odie, was shown shedding a tear, something that would be impossible for an inanimate object although this may have been done for comedic effect” (List of Garfield Characters), or that a square wheel “is a wheel that, instead of being circular, has the shape of a square” (Square Wheel). Most of these oddities are quickly picked up on and edited, but many others remain.

Wikipedia has also been accused of systemic bias from critics across the ideological spectrum. Conservatives have criticised it for liberal bias, the Southern Poverty Law Centre has expressed concern it was platforming alt-right views, while others in the social justice movement have suggested it sidelines women or minorities. Wikipedia’s own co-founder Larry Sanger, who has become critical of the project, calls it “badly biased.”

Wikipedia’s stated policy is to include “fairly, proportionately, and, as far as possible, without editorial bias, all the significant views that have been published by reliable sources on a topic.” Its standard is not truth, but verifiability. Wikipedia’s own editors often cannot agree on how this should work in practice, leading to what writer Edwin Black has called “a sort of ‘anything goes’ perpetual intellectual wrestling match.” This is a struggle which truth can often lose when, for example, the voices of experts are drowned out by those of editors protecting powerful corporate or government interests.

For all its deficiencies, though, it’s hard to think of a model which would deliver Wikipedia’s benefits without these flaws. An expansive free encyclopedia is impossible without an army of volunteer writers. There is a balance between encouraging contributors and imposing standards, and Wikipedia has imposed many more rules over the years. The reputable sources Wikipedia cites may be wrong, and if history is any guide many will be proven wrong over time, but this is better than the alternative of a free-for-all where pseudoscience and conspiracy theories are given equal billing with peer-reviewed research. No alternative to Wikipedia based on different principles provides anywhere near as much information, and many are far worse. Conservapedia, started by Andrew Schlafly in response to Wikipedia’s perceived liberal bias, is an Internet laughing-stock—its articles claim that there is evidence dinosaurs and humans co-existed, that Barack Obama was “reportedly born in Honolulu,” and that the causes of atheism include narcissism, immaturity, gullibility, hedonism, and Communism.

It’s easy to brush off Wikipedia’s facts as trite or unimportant. Who cares how tall aguaxima is, or how many Swedes are members of the Church of Sweden, unless your goal in life is to beat Ken Jennings’s record at Jeopardy? But factual information remains the best basis upon which to understand the world around us. Survey after survey has found that huge numbers of people in Western countries are profoundly uninformed about basic history, civics, geography, and science. For example, a 2016 survey found that one-third of Americans could not name a single right guaranteed under the First Amendment. There is no helping the wilfully ignorant, but for the curious, there’s Wikipedia. Wikipedia does not have a page on its own benefits, although it did helpfully offer to re-direct me to pages on “unemployment benefits,” “cost-benefit analysis,” and “friends with benefits relationships,” but I am comforted that it is there for anyone who wants it.

Co-founder of the Federalist Ben Domenech once wrote that you can tell a man’s vices by his friends and his virtues by his enemies, and this applies to online encyclopedias too. It is no coincidence that Wikipedia is viewed with distaste by governments which would prefer their citizens remain uninformed. It is completely blocked in China, heavily-censored in Iran, and subject to restrictions throughout the Middle East. Undaunted, its users continue to add article after article in Mandarin, Persian, and Arabic. So, even with all its undeniable flaws, I’m raising three cheers for Wikipedia on its 20th birthday—and wishing it many more.

Adam Wakeling is an Australian writer, lawyer, and historian. His next book, A House of Commons for a Den of Thieves: Australia’s Journey from Penal Colony to Democracy, is being published by Australian Scholarly Publishing this month. You can follow him on Twitter @AdamMWakeling.