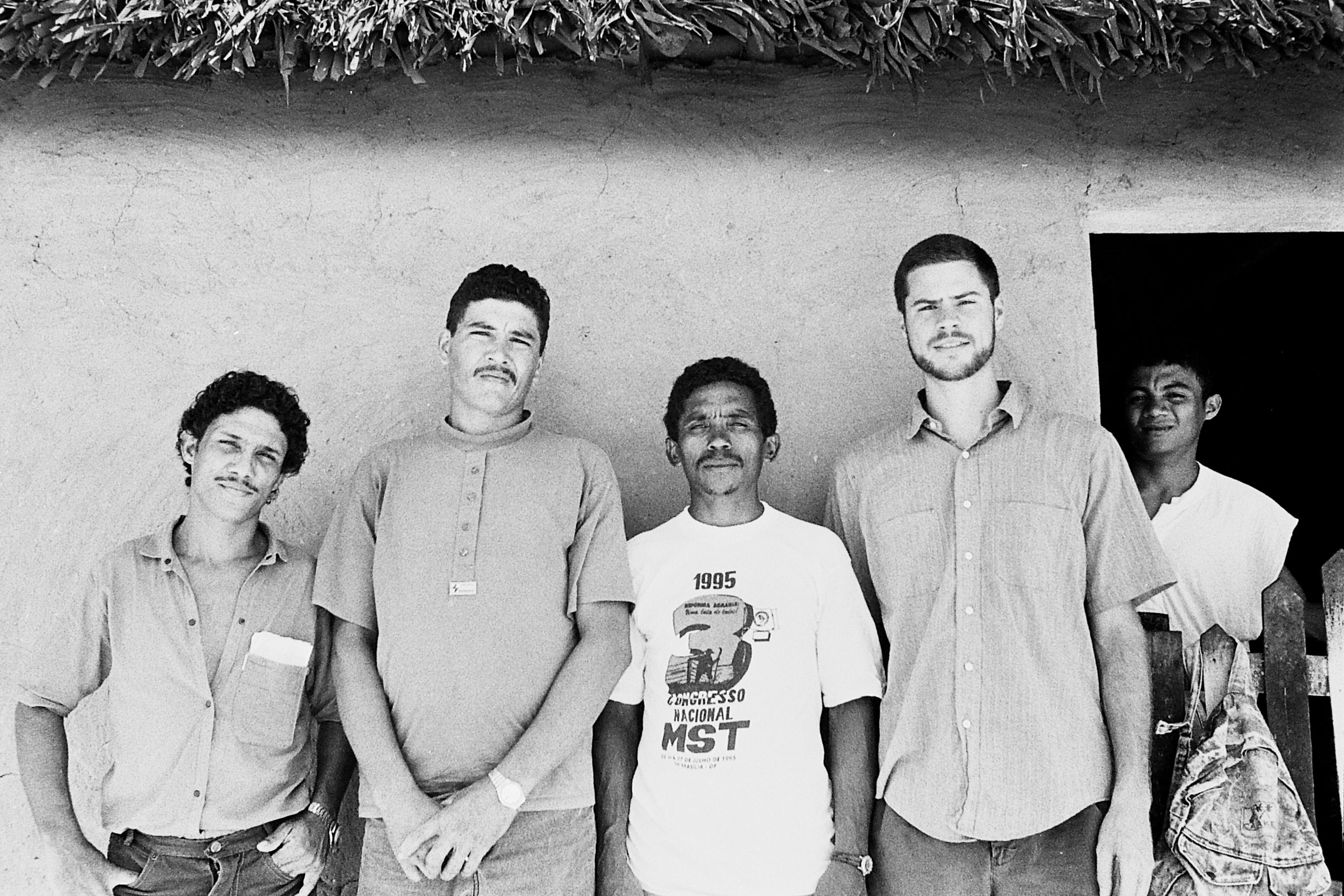 On behalf of environmentalists everywhere, I would like to formally apologize for the climate scare we created over the last 30 years. Climate change is happening. It’s just not the end of the world. It’s not even our most serious environmental problem. I may seem like a strange person to be saying all of this. I have been a climate activist for 20 years and an environmentalist for 30.

But as an energy expert asked by Congress to provide objective expert testimony, and invited by the Intergovernmental Panel on Climate Change (IPCC) to serve as expert reviewer of its next assessment report, I feel an obligation to apologize for how badly we environmentalists have misled the public.

I know that the above facts will sound like “climate denialism” to many people. But that just shows the power of climate alarmism.

In reality, the above facts come from the best-available scientific studies, including those conducted by or accepted by the IPCC, the Food and Agriculture Organization of the United Nations (FAO), the International Union for the Conservation of Nature (IUCN) and other leading scientific bodies.

Some people will, when they read this, imagine that I’m some right-wing anti-environmentalist. I’m not. At 17, I lived in Nicaragua to show solidarity with the Sandinista socialist revolution. At 23 I raised money for Guatemalan women’s cooperatives. In my early 20s I lived in the semi-Amazon doing research with small farmers fighting land invasions. At 26 I helped expose poor conditions at Nike factories in Asia.

I became an environmentalist at 16 when I threw a fundraiser for Rainforest Action Network. At 27 I helped save the last unprotected ancient redwoods in California. In my 30s I advocated renewables and successfully helped persuade the Obama administration to invest $90 billion into them. Over the last few years I helped save enough nuclear plants from being replaced by fossil fuels to prevent a sharp increase in emissions.

But until last year, I mostly avoided speaking out against the climate scare. Partly that’s because I was embarrassed. After all, I am as guilty of alarmism as any other environmentalist. For years, I referred to climate change as an “existential” threat to human civilization, and called it a “crisis.”

But mostly I was scared. I remained quiet about the climate disinformation campaign because I was afraid of losing friends and funding. The few times I summoned the courage to defend climate science from those who misrepresent it I suffered harsh consequences. And so I mostly stood by and did next to nothing as my fellow environmentalists terrified the public.

I even stood by as people in the White House and many in the news media tried to destroy the reputation and career of an outstanding scientist, good man, and friend of mine, Roger Pielke, Jr., a lifelong progressive Democrat and environmentalist who testified in favor of carbon regulations. Why did they do that? Because his research proves natural disasters aren’t getting worse.

But then, last year, things spiraled out of control.

The world’s most influential green journalist, Bill McKibben, called climate change the “greatest challenge humans have ever faced” and said it would “wipe out civilizations.” Mainstream journalists reported, repeatedly, that the Amazon was “the lungs of the world,” and that deforestation was like a nuclear bomb going off.

As a result, half of the people surveyed around the world last year said they thought climate change would make humanity extinct. And in January, one out of five British children told pollsters they were having nightmares about climate change. Whether or not you have children you must see how wrong this is. I admit I may be sensitive because I have a teenage daughter. After we talked about the science she was reassured. But her friends are deeply misinformed and thus, understandably, frightened. I thus decided I had to speak out. I knew that writing a few articles wouldn’t be enough. I needed a book to properly lay out all of the evidence.

And so my formal apology for our fear-mongering comes in the form of my new book, Apocalypse Never: Why Environmental Alarmism Hurts Us All. It is based on two decades of research and three decades of environmental activism. At 400 pages, with 100 of them endnotes, Apocalypse Never covers climate change, deforestation, plastic waste, species extinction, industrialization, meat, nuclear energy, and renewables.

Some highlights from the book:

Why were we all so misled?

In the final three chapters of Apocalypse Never I expose the financial, political, and ideological motivations. Environmental groups have accepted hundreds of millions of dollars from fossil fuel interests. Groups motivated by anti-humanist beliefs forced the World Bank to stop trying to end poverty and instead make poverty “sustainable.” And status anxiety, depression, and hostility to modern civilization are behind much of the alarmism.

Once you realize just how badly misinformed we have been, often by people with plainly unsavory or unhealthy motivations, it is hard not to feel duped. Will Apocalypse Never make any difference? There are certainly reasons to doubt it.

The news media have been making apocalyptic pronouncements about climate change since the late 1980s, and do not seem disposed to stop. The ideology behind environmental alarmism—Malthusianism—has been repeatedly debunked for 200 years and yet is more powerful than ever.

But there are also reasons to believe that environmental alarmism will, if not come to an end, have diminishing cultural power. The coronavirus pandemic is an actual crisis that puts the climate “crisis” into perspective. Even if you think we have overreacted, COVID-19 has killed nearly 500,000 people and shattered economies around the globe.

Scientific institutions including the World Health Organisation and IPCC have undermined their credibility through the repeated politicization of science. Their future existence and relevance depends on new leadership and serious reform. Facts still matter, and social media is allowing for a wider range of new and independent voices to outcompete alarmist environmental journalists at legacy publications.

Nations are reverting openly to self-interest and away from Malthusianism and neoliberalism, which is good for nuclear and bad for renewables. The evidence is overwhelming that our high-energy civilization is better for people and nature than the low-energy civilization that climate alarmists would return us to.

The invitations from IPCC and Congress are signs of a growing openness to new thinking about climate change and the environment. Another one has been to the response to my book from climate scientists, conservationists, and environmental scholars. “Apocalypse Never is an extremely important book,” writes Richard Rhodes, the Pulitzer-winning author of The Making of the Atomic Bomb. “This may be the most important book on the environment ever written,” says one of the fathers of modern climate science Tom Wigley.

“We environmentalists condemn those with antithetical views of being ignorant of science and susceptible to confirmation bias,” wrote the former head of The Nature Conservancy, Steve McCormick. “But too often we are guilty of the same. Shellenberger offers ‘tough love:’ a challenge to entrenched orthodoxies and rigid, self-defeating mindsets. Apocalypse Never serves up occasionally stinging, but always well-crafted, evidence-based points of view that will help develop the ‘mental muscle’ we need to envision and design not only a hopeful, but an attainable, future.”

That is all I hoped for in writing it. If you’ve made it this far, I hope you’ll agree that it’s perhaps not as strange as it seems that a lifelong environmentalist, progressive, and climate activist felt the need to speak out against the alarmism.

I further hope that you’ll accept my apology.

Michael Shellenberger is a Time Magazine “Hero of the Environment,” and president of Environmental Progress, an independent research and policy organization. He is the author of Apocalypse Never: Why Environmental Alarmism Hurts Us All. Follow him on Twitter @ShellenbergerMD.

Feature image: The author in Maranhão, Brazil in 1995.