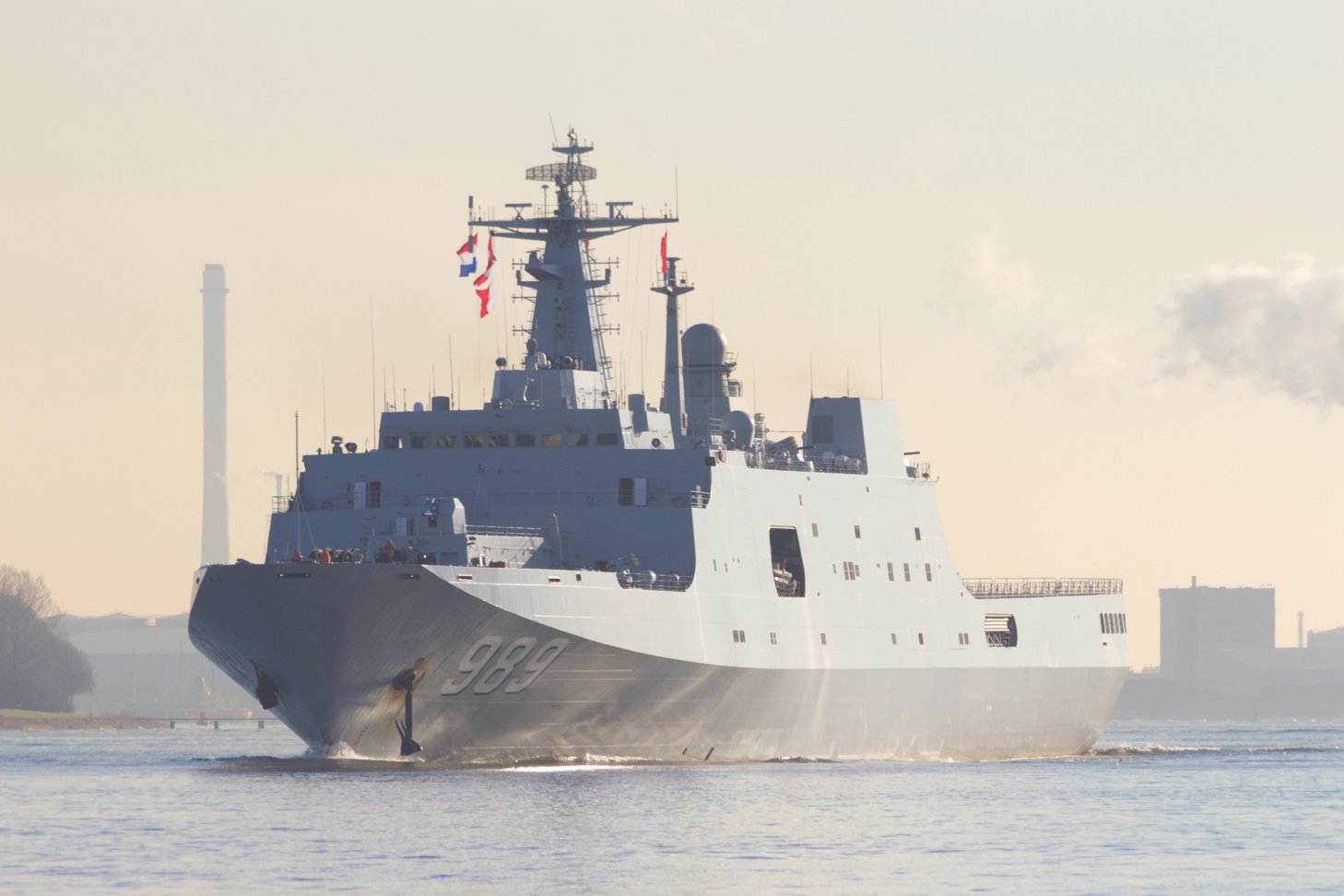 One might have expected the COVID-19 crisis to produce an inflection point at which agreement was finally reached about the menace presented by China’s regime. However, more than a few political figures and intellectuals remain unconvinced. Writing in Reason, Daniel Drezner, a professor of international politics at Tufts University, announces that “there is no China crisis.” Against the gathering consensus that China’s brand of authoritarian capitalism and aggressive nationalism poses a genuine threat to the American interests and security, Drezner serenely reassures his readers that it is “hysterical” to believe that the Chinese Communist Party (CCP) possesses the power or the will to challenge and subvert the international system. Is this true?

Drezner readily concedes that the old Washington consensus—the notion that engagement would spur China’s transformation from ruthless dictatorship to responsible liberal stakeholder in the international order—was erroneous. Although globalization (the integration of world markets for commodities, labor, and capital) has raised living standards throughout the world, including in China, there is scant evidence of political progress in Beijing. To the contrary, General Secretary Xi has consolidated his cult of personality. When such a regime holds nearly one-fifth of humanity in its dictatorial clutches at home, it is safe to assume it will not be doing much to advance the cause of liberty worldwide.

Nevertheless, Drezner asks us to recall America’s “distinguished history of freaking out about powerful rival nations” and advises its leaders not to overcorrect by treating the world’s largest and strongest one-party state as a hostile hegemon incompatible with the liberal order. This is a difficult balancing act, and the argument doesn’t exactly remain upright. Of course, a Bismarckian concern with preventing the rise of hostile foreign states is hardly unique to American statecraft. What’s more, when this strategic consideration has failed to animate US foreign policy in the past, Americans have found their interests and security imperiled.

It is an iron law of international relations that the contest for power is natural and eternal. Strong nations vie to preserve their strength, influence, and prestige, while dissatisfied weaker nations jostle for favor and advantage. Nor is it paranoid for nations to defend and promote their own interests and beliefs in the world, and they must be expected to insist on the legitimacy of their own interests, honor, and fear (the three concerns that drive nations, according to Thucydides). When nations encounter resistance to their claims, they naturally bristle and try to thwart those of their rivals.

This is not to say that Drezner credits the Kissingerian assumption that the United States is in inexorable decline. He correctly points out that the post-American world hasn’t emerged yet, and is not likely to do so anytime soon. He further observes that there are “good reasons to believe” that China will succumb to its manifold difficulties and ultimately fail to match, let alone overwhelm, the comprehensive power of the American-led order. China’s declining economic growth rate and population crisis show that it is growing old before it is getting rich. This was true even before the coronavirus contagion, which will undoubtedly prevent Xi from meeting his goal of doubling the size of China’s 2010 economy this year. Additionally, China is beset by gender imbalances, environmental degradation, income inequality, and faltering productivity. In strategic terms, too, it lacks the comprehensive strength and formidable allies required to dislodge American hegemony and establish a new world order in its own image.

Even so, China remains the world’s strongest one-party state and will likely become the world’s largest economy in the coming decades. (It is already the largest in the world in terms of purchasing power parity.) Beijing possesses many potent advantages, from a diversified and increasingly competitive manufacturing-based economy to a sophisticated and rapidly expanding technological sector exporting tools of surveillance and control. The CCP is also able to field advanced military capabilities, and has begun to project its power across the East and South China seas and beyond. China’s official defense spending has risen to almost $150 billion, but the true figure is likely much higher. Its estimated defense budget swells into the hundreds of billions and has already been put to use in quasi-military confrontations with various neighbors over disputed waters. Claiming “indisputable sovereignty” over a vast maritime sphere of influence, Beijing has occasionally seized contested territory, militarized artificial islands, and the People’s Liberation Army has nearly one million more men under arms than the United States. It may not yet boast of the full-spectrum strength to constitute a military peer of the United States, but it is well positioned to emerge as one.

And this is precisely the ambition of China’s present rulers. The days of strategic restraint in the Middle Kingdom, when Deng Xiaoping insisted that China “bide its time,” are fast becoming history. In recent years, Xi has called on China to become “a global leader in terms of comprehensive national strength and international influence” by mid-century. He lauds China’s development model as a “new option for other countries.” This remarkable combination of power and ambition in the People’s Republic provides vast potential for mischief. Just as the appearance of economic success has burnished the China model of authoritarian capitalism, so its immense military might will boost the prestige of autocratic hard power. Without a coherent and coordinated response from the outside world, China’s economic clout and military might will reorder the assumptions that have animated the course of nations since World War Two and especially since the end of the Cold War. The question of what can be done to avert conflict is a pressing one, but the answer will remain elusive unless America simply ceases to be a power in Asia.

Suspicious of American power and disdainful of the liberal order it upholds, China’s leadership has little reason to permit the US to continue its primacy in what it has always thought of as its own proper sphere of influence. As Chinese power grows in both absolute and relative terms, that sphere will increasingly harden, and China will chafe at any intrusion in its neighborhood, even if only by a force that seeks the freedom of the seas. Likewise, as China’s position strengthens, it will be less and less inclined to abide by the rules and norms of an order it did not create and by which it feels constrained and subordinated. Ultimately, it cannot—and, in time, will not—tolerate the liberal status quo.

Instead, China will seek new terms of engagement in a world that has still to adjust to its status as a great power. It has already begun to initiate this transformation. It has simultaneously deepened its commitment to existing international institutions like the World Health Organization, while laying the foundation of new institutions with a conspicuously mandarin character. It has not escaped notice that these new initiatives have not extended the courtesy of membership to the United States. China has launched the Asian Infrastructure Investment Bank, the New Development Bank, the Regional Comprehensive Economic Partnership and the Belt and Road Initiative, Xi’s grandiose vision for building land and maritime routes to connect China to much of the world.

The Chinese effort to erect institutional pillars of a new order received an unexpected gift from President Trump in his first week of office when he withdrew from the Trans-Pacific Partnership, thereby unraveling a 12-nation fabric of commercial cooperation that excluded China. The Trump administration’s indifference to the role of human rights and democracy in American diplomacy has also been an unexpected boon to Beijing’s barbaric regime. When peaceful democratic protests erupted in Hong Kong last year against the authority of the Chinese mainland, the American president declared, “We have to stand with Hong Kong, but I’m also standing with President Xi.” Such moral equivalence casts aside friends of liberty in Hong Kong and within China itself, who do not accept the legitimacy of dictatorship.

An alternative approach is needed. Chinese power is too great and diffuse for the US to counter alone, and the danger it poses to liberal values is too serious for the United States to pursue a cynically transactional foreign policy. The importance of solidarity with democratic allies has been noted by more strategic minds than those at work in the White House. Senator Mitt Romney, for instance, has signaled support for China’s vulnerable neighbors and wisely called for “narrowing trade disputes with our friends and uniting against China’s untethered abuse.” China’s anti-competitive and predatory trade practices deserve steep economic penalties that can only be arranged and enforced through collective multilateral action.

The fatal mistake of yesterday was to believe (or at least to pretend) that China’s rise could be safely accommodated without exposing the liberal order to immense risk. The fatal mistake of today, it would appear, is to imagine that America can prevail without a vigorous strategy and capable allies over such a dynamic and formidable revisionist power. The last time liberal civilization faced such a determined adversary it was the Soviet Union. It is common to regard the peaceful end of the Cold War as inevitable, but in truth its outcome was shaped by a series of decisions and policies that were by no means predetermined. Many of the global institutions of the liberal order played their part in the struggle against various forms of communist totalitarianism, but it was the strategic foresight of Washington and the global deployment of American power that made the difference.

Despite the profound differences with Soviet communism, the challenge posed by the authoritarian ideology of the People’s Republic of China is redolent of the long twilight struggle that marked the second half of the 20th century. Nonetheless, prominent voices today allege that a cold war with China would be “unnecessary” and “destructive.” But compared to what? The prospect of a shooting war, or even intense competition, is invoked to incapacitate prudent measures to contain Chinese power and deter Chinese aggression. For those who believe in liberal ideals and principles, it is the prospect of Chinese hegemony under the writ of the CCP that presents a more truly unnecessary and destructive scenario.

In the years ahead, the potential for armed conflict between the United States and the People’s Republic is by no means trivial. But as the first cold war largely demonstrated, great power conflict is not inevitable. Beyond capitulation to the CCP’s strategic imperatives—allowing Beijing to quash the freedom of Hong Kong, annex Taiwan, and bully other free peoples into submission—the surest way to avoid war is by adopting a robust strategy to counter China’s expansionism. This would entail acting in concert with like-minded nations to divest and decouple from China’s economy while deploying and, if necessary, wielding military force to establish what Dean Acheson once referred to as “situations of strength” in the Far East.

Such a strategy would be premised on observing a distinction once made by Michael Ignatieff—that adversaries whose designs “you want to defeat” are not necessarily enemies whose existence “you have to destroy.” It can no longer be credibly denied that China is an adversary of the United States. If it is not treated accordingly, it may prove impossible to prevent it from becoming a full-fledged enemy.