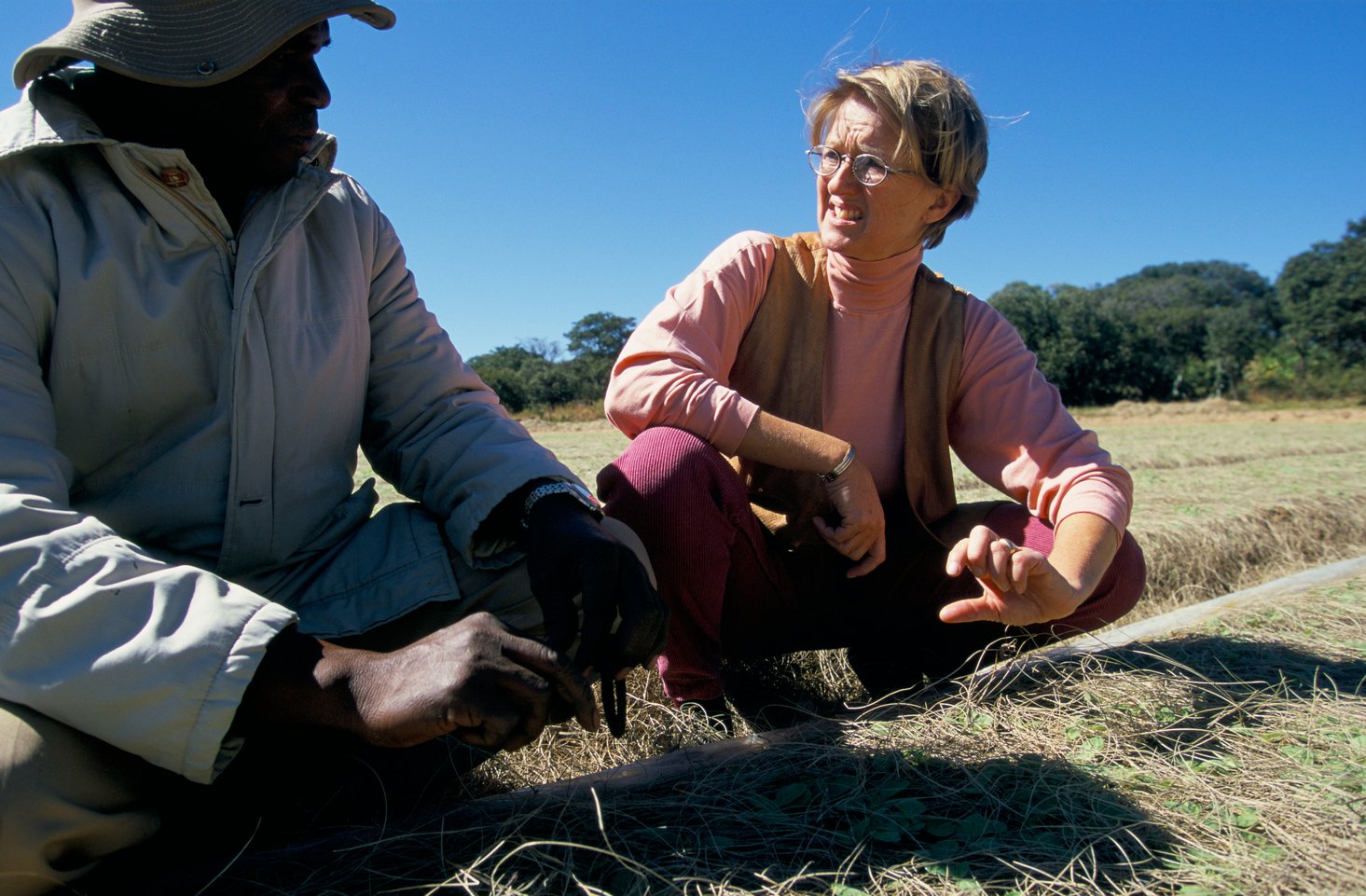 On March 6th, 2020, the government of Zimbabwe “gazetted new legislation under which former landowners may opt for repossession [of confiscated land] or monetary compensation [for confiscated land]. The new regulations will apply to indigenous farmers [i.e., Zimbabwean nationals] whose farms were appropriated, as well as to those whose land was [originally and supposedly] protected by bilateral treaties.” So reported press in South Africa (a country I shall return to below). For now, let me confess to mixed emotions. First, reports from Zimbabwe ought to be treated with skepticism. The rule of law in that country does not exist. So, whether the government gazettes a reasonable sounding legislation or not may prove to be irrelevant in the long run. Second, I am elated. I have been writing about the catastrophic moral and practical consequences of land expropriation in Zimbabwe for exactly two decades. The official reversal of “land-reform” in that country is a source of deep personal and professional satisfaction. Let me start there…

Beginning in 2000, the government of the late Zimbabwean dictator Robert Mugabe abandoned its “right of first-refusal” land acquisition policy. Under that policy, Zimbabwean land holders who wanted to sell their land were first obliged to offer it to the government of Zimbabwe. If the government did not express an interest in buying that privately-held land, land holders were permitted to sell it on the open market. The ostensible goal of the “right of first refusal” policy was to gradually make land holding in Zimbabwe less “European” and more “African.” In practice, the land acquired by the government (and paid for by the British, as stipulated by the Lancaster House agreement in 1980) rarely went to ordinary Africans. More often than not, it was apportioned among Mugabe’s cronies. Refusing to be a party to corruption, the British ceased to pay for Zimbabwean land transfers early in Tony Blair’s premiership. Citing British cessation of payments, Mugabe started to expropriate private land holders without compensation.

That was, at best, a partial reason for Mugabe’s homespun land reform. Politics also played a role. Toward the end of the 1990s, the opposition to Mugabe’s economic mismanagement, human rights abuses and epic corruption grew in strength. When he lost a nationwide referendum on a new constitution in 1999 that would have extended his already considerable powers even further, Mugabe realized that a defeat in the next election was very likely. By expropriating the mostly European commercial farmers who formed the financial backbone of the largely African opposition “Movement for Democratic Change,” he intended to entrench himself in office. In that he succeeded spectacularly. Mugabe continued to rule over Zimbabwe until a soft military coup removed him from office in 2017. He died in a private Singaporean hospital in 2019. He was 95 years old.

The frontal attack on property rights of the country’s European farmers wiped out much of Zimbabwe’s export earnings and sent destructive ripples throughout the rest of the economy. Land titles became worthless and could not serve as collateral. The banking sector seized up. The Reserve Bank of Zimbabwe stepped in and unleashed the printing presses. What followed was the second greatest hyperinflation in history that is estimated to have reached 90 sextillion percent in 2008. The prices doubled every 24.7 hours and the Zimbabwean dollar had to be replaced by the US dollar. Living standards plummeted to levels last seen in the 1950s. The average life expectancy for men fell to 37 years and for women to 34 years due to combined effects of Mugabe’s death squads, grinding poverty, outbreaks of cholera, and an unchecked spread of HIV/AIDS. Unemployment skyrocketed to between 85 percent and 90 percent, and Zimbabwe became a failed country.

Throughout the first decade of this century, a small group of economists and policy analysts, myself included, continued to shine the light on the happenings in Zimbabwe. For our trouble, we were sometimes dismissed as defenders of imperialism and, even, painted as racists. Conveniently forgotten was the fact that a substantial number of the European land holders (possibly a majority) bought their farms after Mugabe came to power and could not have been, therefore, accused of unjust acquisition of land; that the European farmers provided employment for hundreds of thousands of African workers; and, finally, that the crushing majority of the people who suffered from the negative consequences of Mugabe’s “land reform” were Africans. The reason for that massive blindspot on the part of our detractors was very simple: The welfare of ordinary Africans was never a priority for the legions of Mugabe’s defenders in the African Union, the United Nations, and Western academia. To Mugabe, “land reform” was about staying in office where he was not wanted. To his defenders it was about extinguishing the legacy of colonialism–consequences be damned.

As I noted before the US House of Representatives Subcommittee on Africa and Global Health Policy in 2010, “Robert Mugabe and the criminal organization that surrounds him would not have lasted a year, had it not been for the explicit support given to them by South Africa and most, but not all, of the powers in the region… The governments of South Africa, Namibia, Mozambique and Angola… ought to be condemned for enabling the orgy of violence and destruction in Zimbabwe to continue. Their decision to hold on to the outdated concept of solidarity between the so‐called African ‘liberation movements,’ while ignoring the clearly expressed desire of the Zimbabwean people for change is a sad testament to the self‐serving and venal nature of much of the contemporary African ruling elite.”

Fast forward to August 2018, when I found myself on Fox News to discuss, mirabile dictu, a recent proposal by South Africa’s government to expropriate South Africa’s landholders without compensation. (The government is constituted of the leftist African National Congress, the South African Communist Party, and the trade unions.) The points I made to my host, Tucker Carlson, were the same points that I have been making about the mess in Zimbabwe for close to two decades–verbatim. I explicitly recognized the crimes of apartheid (I am, after all, a classical liberal who believes in equality of all people before the law) and I endorsed South Africa’s restitution program, which compensates people dispossessed by apartheid with land or money. That said, I also noted that by destroying private property rights, South Africa’s government was about to embark on a catastrophic repetition of Zimbabwe’s mistakes that must and will result in destroying Africa’s greatest and most sophistical economy, and reduce its 55 million people (though not its governing communist elite) to penury.

I thought the interview went well. Boy, was I mistaken! Unbeknownst to me, the current occupant of the Oval Office watched the show and tweeted his endorsement of the interview. Unfortunately, he also embellished the show’s content with his own views on South Africa’s farm murders that, for the record, Tucker Carlson and I did not discuss. Be that as it may, within 12 hours of the interview, I found myself in the middle of a vicious media storm, with outlets on two continents screaming “racism.” Mercifully, I survived. Today, I am happy to take a bit of professional satisfaction in seeing the Zimbabwean land expropriations (officially) reversed. For me, the matter is now closed. I only wish I could say the same about the hundreds of thousands of ruined Zimbabweans–whatever their color may be. Those broken lives will not be made whole that easily. Unfortunately, as one battlefront winds down, a new one is revving up. The matter of South African land expropriations is, remarkably and sadly, upon us. Let the battle commence.

Marian L. Tupy is Editor of HumanProgress and a Senior Policy Analyst at the Center for Global Liberty and Prosperity.