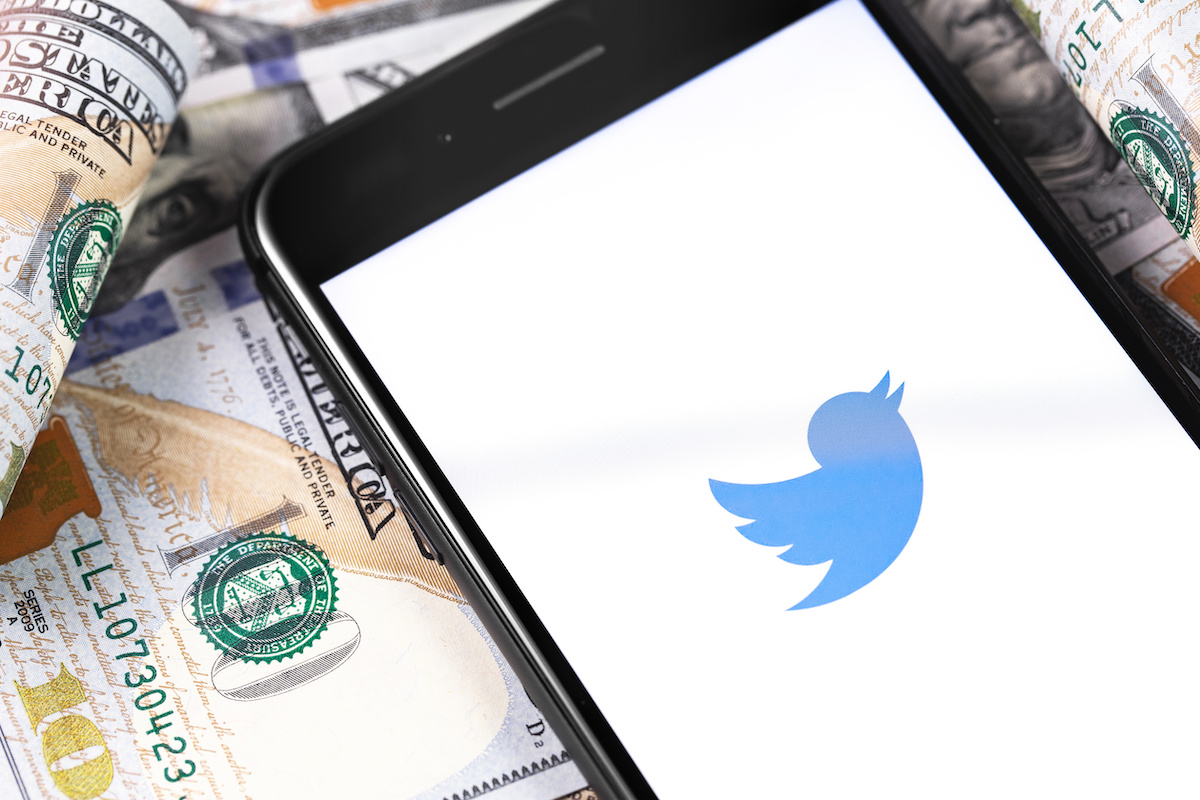 Information doesn’t want to be free. It’s valuable and wants to earn. And its existence doesn’t free anyone; possessing it, however, can do the opposite.
~Ken Liu, The Paper Menagerie

A lot of people are angry about the current state of social media. While sites like Facebook, Twitter, and YouTube can help us stay connected, educated, and entertained, they’ve also fractured our attention spans, destabilized our mental health, and aided the spread of disinformation worldwide. As the harms of social media have come to light, a debate has emerged around how to remedy them. Some, such as Elizabeth Warren, want to use antitrust laws to break up the tech giants. Others think that we must update regulations to hold companies more accountable for content on their platforms. And still others think that we must abandon social media entirely.

Google has too much power, and they're using that power to hurt small businesses, stifle innovation, and tilt the playing field against everyone else. It's time to fight back. That's why I have a plan to break up Google and the other big tech companies. https://t.co/0az1wjQIyt

These solutions all have issues. Breaking up the tech giants would interrupt the network effects that make their products so valuable in the first place. Expecting companies to reliably police the content and interactions of billions of users across hundreds of cultures is simply not realistic. And many people, whether they like it or not, need social media for work or education.

Amidst the calls for reform, one possible solution has received surprisingly little attention: having users pay for social media. We’re so accustomed to using the internet for free that few people want to consider that the free model is the source of social media’s ills. But at the final account, companies exist to make money. And because they make little money from users, they’ve sacrificed our interests in the service of others who are more willing to pay.

People often say that social media’s business model relies on advertising, but this is only partly true. Historically, advertisers have had relatively little power to monitor the behaviour of their targets; if they wanted to sell you on something, the best they could do was put up a billboard or knock on your door. But today, as feedback loops get faster and algorithms get smarter, the internet offers an unprecedented ability to tweak the beliefs, desires, and behaviour of its users. As a result, social media promises more than just advertising—it promises the ability to manipulate users’ beliefs and actions with ever-finer granularity.

Given what’s on offer, it’s no wonder that countless third parties are paying for a chance to influence the economic and political lives of billions of people. And as long as this rotten incentive structure stands, we can only expect so much improvement. As computer scientist Jaron Lanier has said, “We cannot have a society in which if two people wish to communicate the only way that can happen is if it’s financed by a third person who wishes to manipulate them.” Unfortunately, there’s a widespread belief that the free model is worth it. For many people, targeted ads and overblown news stories about Facebook’s influence on politics are a small price to pay for free, unlimited videos, messages, tweets, and status updates. But when we consider the human cost of getting so much for free, it starts to look like a raw deal.

“Don’t be so alarmist,” some might say. “You’re overstating the ability of third parties and algorithms to sway behaviour.” For the sake of argument, let’s assume that most social media users are indeed immune to current forms of online manipulation. Even then, numerous harms have already arisen from the fact that someone else sponsors our screen time. First is the quality of social media itself. For all of modern consumerism’s ills, it has empowered customers to an unprecedented degree by forcing large, powerful firms to put the needs of consumers first. The best way to separate someone from their cash is to offer a product that genuinely enriches their lives. Consequently, the products we pay for tend to improve with time, from lightbulbs and laptops to trucks and toothbrushes.

However, the prime directive of social media companies is not enriching users’ lives, because users aren’t actually the customers. Instead, companies aim to maximize our time on screen, because, as former Google design ethicist Tristan Harris has said, “For any company whose business model is advertising… they make more money the more time people spend [with their product].” Rather than incentivizing social media to help us, therefore, we’ve incentivized it to hook us. Social media is like receiving a free car, courtesy entirely of third parties. This car will take you where you want to go, but only in the most circuitous route possible. At first this is mildly annoying, as you lose valuable time driving through advertisement-dense slums, occasionally slowing down so that you can overhear snippets of arguments you care nothing about. But free is free, so who are you to complain?

Which brings us to the second harm: not only are we losing time, we’re also losing our collective cool. By now, we’ve all seen that anger is cheap online. Social media leverages this weak spot, repeatedly dipping us in tribal indignation to drive up time on screen. By serving the interests of the parties who pay for our social media, cheap outrage has, perversely, morphed into something of value. It’s as though, on your journeys through the ad-littered landscapes, your free car has learned which arguments invigorate you, and it slows down as you pass them, tempting you to linger and engage (with a will all your own, of course).

This is a twisted state of affairs. If we paid for our social media presence, outrage would simultaneously cease being as cheap to us and as valuable to others. How many trolls, shit-posters, and troglodytes could we shake simply by forcing them to jump a paywall? If designers were liberated from the mandate to maximize users’ time on screen, and could focus solely on improving the quality of social media itself, what treasures might emerge?

The third harm is the loss of privacy, which has caught the public’s eye following the Cambridge Analytica exposés and Mark Zuckerberg’s Senate hearing. Strictly speaking, Facebook does not sell user data. But they do trade in it, and with more than six million third parties vying to profit from it, our data is in a precarious position. Until we pay for our own screen time, social media companies like Facebook will be incentivized to give away as much specific information as possible. Some think the tradeoff between privacy and free services is a worthwhile deal. And to some extent, they’re right: services like Google Maps improve the more we let them track us. But often, the parties pursuing our data have goals incompatible with our own. Instead of using data to serve us, they would use it against us.

We’ve already seen how bad actors have used our data to identify susceptible demographics and sow political discord worldwide. As technology improves and we upload more of ourselves to the cloud, such campaigns will come to look comically crude. Cambridge Analytica harvested reams of data to glean the personality traits of millions of users; now we’re learning that this can be done through click patterns alone. Roger McNamee, an early investor in Facebook, has suggested that mouse movements could be used to identify the onset of neurological problems. If this data stays with us, we could seek treatment with an early diagnosis; if it goes to insurers, they could hike premiums or deny coverage altogether.

And what happens once our data includes biometrics like blood glucose, heart rate variability, oxygen saturation, and genomic markers? Do we continue exchanging such valuable data on networks sponsored by others, which cater to their grasp? Or do we realize that free was never really free, and with each passing year we’re losing more of our time, attention, security, and collective sanity?

Where transparent markets are lacking, we often see harmful consequences. By passing off the true cost of social media to others, we’ve impoverished our online lives—which are, of course, just as real as our offline lives. As we come to terms with this debt, we might ask how to carve a better path forward. Undoubtedly, not everyone will be enthusiastic about paying for social media. For many people, free is the internet’s biggest selling point, no matter how good paid services like Netflix or Amazon Prime become. And politicians are unlikely to explicitly push for a paid model, lest their constituents believe that they want to help line the coffers of the evil tech giants.

It remains to be seen how we might move from the wild west of free to a more sustainable, user-oriented paid model. Convincing people of the latter’s merits will certainly help. As could some type of progressive tax, levied on social media ad revenue. Referring to such a tax, the Nobel Prize-winning economist Paul Romer has pointed out, “Ad-driven platform companies could avoid the tax entirely by switching to the business model that many digital companies already offer: an ad-free subscription. Under this model, consumers know what they give up, and the success of the business would not hinge on tracking customers with ever more sophisticated surveillance techniques. A company could succeed the old-fashioned way: by delivering a service that is worth more than it costs.”

Regardless of how we get there, it’s time for all of us to draw back and reassess the value of social media, both in our personal lives and for the world at large. In 2019, Facebook expected to make $69 billion. For a few dollars a month, we could better align this tech behemoth—and others like it— with the values, goals, and wellbeing of the people that use it. And if we’re unwilling to make this investment, perhaps we should ask whether such sites are truly worth the attention we give them.

Tristan Flock is an engineering student and writer with a BSc and a JD. You can follow him on Twitter @tbonesbeard