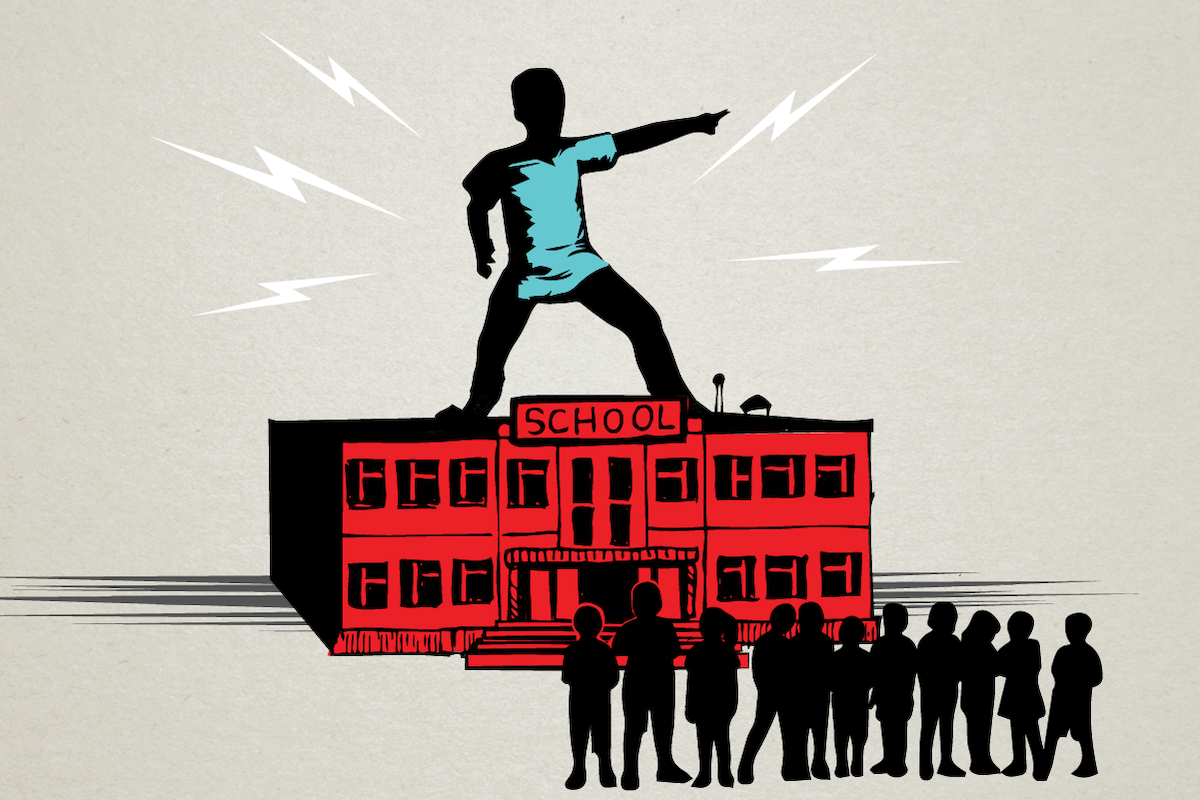 Last month, NBC Nightly News aired a segment on the latest classroom-management technique to sweep America’s schools: “room clears”: When a child throws a tantrum that could physically endanger his peers, teachers evacuate all of the other students from the classroom until the troublemaker has vented his rage upon empty desks, tables and chairs. The technique was virtually unheard of five years ago. But 56 percent of surveyed teachers and parents in Oregon now report having experienced a room clear in their or their child’s classroom over the last year.

Surrendering the classroom to a single student: The average reader might well ask why anyone thinks this would be a good idea. Yet the policies that make this approach inevitable have been applauded by a wide range of authorities, from the Southern Poverty Law Center to the Trump-administration’s Department of Education.

The emergence of room clears is a product of several fashionable education-policy trends designed to protect the rights of troubled students, often with little regard for the rights of their classmates. These include the provisions contained in the federal Individuals with Disabilities Education Act (IDEA), which mandates that special-education students be subject to the “least restrictive environment” possible. When it comes to students who are hard of hearing, dyslexic or developmentally delayed, this policy likely has done a great deal of good. But many schools also label disruptive or violent students as having an “Emotional and Behavioral Disability” (EBD). Rather than provide these students specialized attention in separate settings, schools often funnel them into traditional classrooms.

In a national poll, two thirds of surveyed teachers at high-poverty schools reported that there is a student in their classroom who they believed shouldn’t be there; and 77 percent of surveyed teachers report that a small number of disruptive students cause other students to suffer. Unfortunately, IDEA’s provisions don’t adequately account for the rights and interests of general-education students, and teachers typically have little say over who is in their classroom.

Once they are assigned to a traditional class, EBD students can become virtually untouchable as far as discipline goes. Schools are discouraged by federal policy and activist groups alike from disproportionately disciplining students with disabilities—the effect of which is that principals are required to overlook many otherwise unacceptable transgressions. (Two thirds of teachers say that special-education students are treated more leniently than general-education students for the same offenses.) The worst-behaved students effectively are taught that the rules don’t apply to them in the same way they apply to others. Even when misbehavior edges toward violence, EBD students are becoming physically untouchable.

The rise in room clears is directly related to policy initiatives aimed at stamping out so-called “restraint and seclusion.” In the past, as a student’s misbehavior escalated, a teacher might ask the student to leave the room, put a hand on a student’s shoulder to try to get him to calm down, or—if need be—direct him by the arm away from a tense situation and possibly call security to remove him from the classroom area. But as policymakers take these options off the table, teachers have little recourse but to remove every single other student from the classroom before someone gets hurt.

Teachers report feeling powerless to enforce order and ensure the safety of their students. But their voices are ignored, in part because the same ideology that undergirds these policies also serves to heap the blame for student misbehavior on educators. Statistical disparities in student discipline are taken as a prima facie indicator of institutional racism or ableism. And to the extent that student misbehavior is seen as being a product of trauma, anyone who applies disciplinary measures to the student is accused of exacerbating that trauma.

The Obama administration took aim at traditional discipline, arguing that suspensions “don’t work” and pressuring school districts to opt instead for “restorative justice” or “healing circles.” After two years of enforcing the Obama administration’s war on suspensions, the current Education Secretary, Betty DeVos, finally ended it. Yet Trump-administration appointees continue to enforce other policies that have contributed to the room-clear spike. Earlier this year, in fact, the Department of Education announced a new policy initiative intended to address the “inappropriate use of restraint and seclusion” for students with disabilities.

Indeed, the Trump administration is now taking a page out of the Obama-era playbook: conducting proactive school-district investigations that could lead to the withdrawal of funding in districts where administrators refuse to change policies that federal bureaucrats deem “inappropriate.”

The Department of Education also seems intent on faithfully implementing another misguided special education policy, known as “Equity in IDEA.” Under Barack Obama, Department of Education bureaucrats had become alarmed by aggregate statistics showing that minority students were more likely to be designated as disabled, and that students with disabilities were more likely to be placed in alternative classrooms and more likely to be disciplined. Under the regulations they created to address “significant disproportionality,” school districts whose race-disability ratios exceed a certain threshold were required to demonstrate “progress” toward greater statistical parity, or else see their special education funding forcibly re-allocated to programs intended to accomplish that goal.

By the time Donald Trump took office, it had become clear that the Department of Education’s concerns were unfounded: Researchers had determined that after controlling for misbehavior, students with disabilities were no more or less likely to be disciplined than their general-education peers. What’s more, minority students were actually substantially under-represented in special education compared to similarly situated white students. So the primary effects of “Equity in IDEA” will be to deny minority students special-education services, pressure schools to keep EBD students in traditional classrooms, and inhibit teachers from disciplining them. (The Trump administration temporarily delayed implementation pending review, but the delay got struck down by a court challenge, and the Trump administration recently dropped its appeal.)

There isn’t yet any comprehensive national data about the use of room clears. The statistic cited above—that 56 percent of teachers and parents of students in Oregon reported a room clear in the past year—represents one of the few data points we have. Oregon was one of the more aggressive states in pushing an anti-traditional discipline agenda, pressuring schools to reduce suspensions, and discouraging methods associated with seclusion and restraint. Now, the same pressures that the deep-blue Oregon legislature imposed on its schools are being imposed by the Department of Education on schools across America.

The close of last month’s NBC Nightly News segment provides a taste of what’s to come: The teacher who spoke to reporters retired after being stabbed by a student without consequence; not a single expert NBC News spoke to questioned the policies that created the status quo; and a school-district bureaucrat cited the chaos as evidence that schools need more taxpayer funding.

With Washington holding the purse strings and pushing these misguided policies on local school districts, parents’ and teachers’ complaints to school-board members seem likely to fall on deaf ears. Parents with the financial means to pay for private education will increasingly evacuate their students from public schools altogether. Meanwhile, less advantaged students, like their teachers, will have no choice but to continue their education in an environment where a single agitated student has the power to seize control of any classroom he pleases.

Max Eden is a senior fellow at the Manhattan Institute and author of the recent report Safe and Orderly Schools: Updated Guidance on School Discipline. Follow him on Twitter @MaxEden99.