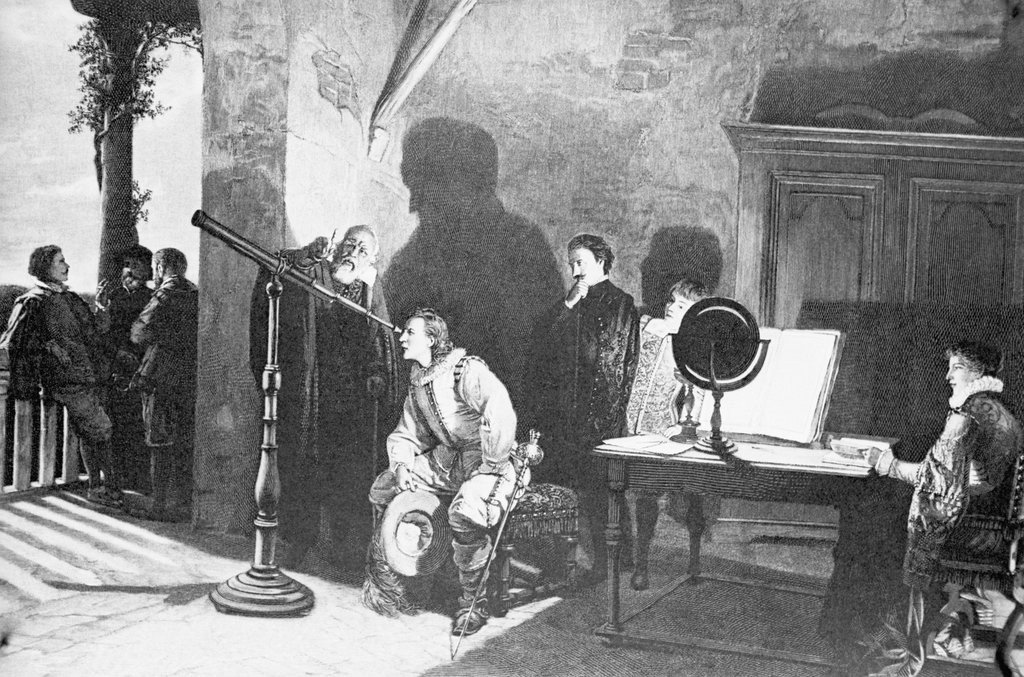 Science would be impossible without evidence. But champions of science frequently portray data or evidence as the fundamental building blocks of scientific knowledge. They will say that scientific theories should be “evidence-based”—confirmed by data or supported by evidence. They will say that a good theory follows inexorably from the evidence, whereas a bad theory has little or no evidence to back it up.

But this familiar way of thinking about science is the misconception that the contents of scientific theories somehow emerge out of the data. In fact, as the physicist David Deutsch showed in his 2011 book The Beginning of Infinity, the contents of scientific theories are explanations of the data. And people, not data, are the source of those explanations.

The misconception that scientific theories are “based on evidence” has an important practical consequence: it steers science toward generating data instead of seeking explanations for the world. To aim science explicitly toward seeking explanations, we must clarify and overturn this misconception, and present an alternative vision of an exclusively explanatory scientific ethos.

The theory that science is based on evidence derives from a philosophy known as empiricism. Empiricism is the idea that we obtain knowledge through our senses, by gathering data. This theory of knowledge, or epistemology, is associated with some of history’s most prestigious scientists and philosophers, from the Enlightenment philosophers John Locke and David Hume to the logical empiricists and quantum theory pioneers of the twentieth century. Today, empiricism endures in the prevalent idea that evidence is the foundation of science.

But despite its enduring influence, empiricism belongs to an obsolete worldview. By claiming that knowledge derives from the information streaming into our senses, it postulates the existence of direct, or manifest experience. Yet, all of our experiences are mediated through layers of complex physical processes in our nervous systems. And we understand those processes not through perception, but indirectly: through our explanations.

Scientific theories do not emerge from data. They emerge from creative thinking, which we can apply to generate explanations of that information streaming into our senses. Creativity makes it possible to ask a question, guess an answer, criticize the guess, and then ask another question. Science consists of using this ability to explain the evidence of the world. These explanations are not derived from the data; they are conjectured to account for it.

Ironically, the idea that data provide a basis for scientific theories fails to account for the contents of those very theories. Scientific explanations typically describe entities and processes that our senses never detect. For example, nobody has ever observed Earth’s slowly convecting mantle layer, yet we assert its existence to explain various phenomena that we do see, such as earthquakes and volcanoes.

Even if we could see Earth’s mantle outside of our windows, we would still need to explain what we saw. And this would require creativity as well, because data do not explain themselves to us. As Deutsch remarked during a 2009 TED Talk, creativity gives us the ability to “explain the seen in terms of the unseen.” We see volcanic activity. We explain it by describing a hot, dense, molten world beneath our feet.

Creativity lies behind every scientific discovery: past, present, and future. But empiricism is not the only culprit idea behind the misconception that scientific knowledge is based on evidence. Empiricism is closely related to an even deeper and more persistent misconception, which is not just about science, but all knowledge: it is called justificationism.

“Knowledge” has various meanings, but in philosophy by far the most common and influential concept is of knowledge as a justified true belief. The difficulties inherent in this tripartite concept have absorbed justificationist philosophers for centuries. In justificationism, the essential question is: What constitutes a justification for a belief? And justificationism’s central weakness is that no matter how you answer, you face an infinite regress that repeatedly demands: What justifies your answer?

The justified-true-belief idea has impeded progress in epistemology by making it about justification rather than knowledge. As a result, many philosophers have ignored more interesting and substantive epistemological problems, such as how knowledge is physically possible, and what that could tell us about its limits and potential reach. Neglect of such problems is not surprising, because although they are about knowledge, they are not about justified true beliefs.

Crucially, whereas the justified-true-belief concept entails that knowledge requires a knowing subject—because it requires belief, a subjective state of mind—objective knowledge can exist without a knowing subject. It refers only to the knowledge: the impersonal information content. Once a piece of scientific knowledge is created, its contents exist objectively, instantiated in some physical object (e.g., a brain, book, or computer), independent of anyone’s beliefs.

Empiricism holds that scientific knowledge is based on data or evidence; justificationism claims that all knowledge consists of justified true beliefs. Together, these ideas lead to anthropocentric and reductionist portrayals of science, in which we rely on sense data to justify our beliefs about the world. But scientific knowledge is not a class of evidence-based true beliefs. It is better understood as a collection of conjectural explanations, created by people attempting to understand the world.

The Relationship between Evidence and Explanations

Creating objective knowledge by forming scientific explanations does not involve empirical justification. In fact, it requires no justification at all. However, creating explanations does require imagination, because our explanations of the world are filled with entities and processes we have never observed. People have created this explanatory knowledge by the process previously described: using creativity to ask a question, guess an answer, criticize the guess, and then ask another question—a process that is fueled by imagination, not by evidence.

But if evidence cannot yield or justify scientific theories, then what role does it play in the growth of scientific knowledge? Ironically, the empiricist focus on evidence has kept evidence from fulfilling its basic function in science: to criticize and falsify theories.

And criticism is essential. Without it, explanations cannot improve, and science cannot progress. But how do we know that the function of evidence in science is to criticize theories? For one important reason: Although theories cannot be logically derived from evidence, they can be logically contradicted by the results of experiment or observation.

Thus, the idea that scientific theories are “evidence-based” misconstrues the logical relationship between evidence and explanations. Conversely, viewing science as exclusively explanatory illuminates why evidence is so crucial to scientific progress.

If scientific knowledge consists of imaginative and conjectural explanatory theories about the world, then it is invalid to challenge a theory by demanding evidence for its propositions, because all of its propositions are creative guesses that originate in the mind, not in the evidence.

However, providing evidence that contradicts a theory’s proposed explanations constitutes a severe and genuine challenge to the theory. Such a challenge might reveal flaws in the theory and thus help us to improve it. To be sure, the critical discussion of any scientific theory does not revolve purely around evidence, and rational criticism in science need not involve data. But the possibility of adducing empirical evidence to criticize a scientific explanation is what distinguishes science from all other fields of human explanation.

Science would be impossible without evidence. However, to improve our scientific knowledge, we must conjecture explanations of the evidence, not attempt to derive theories from it. By applying creativity and seeking conflicts between evidence and explanations, we can continuously improve those explanations. We should continue to prize evidence, because although it cannot provide a basis for scientific theories, it has always provided something essential to scientific progress: diverse, mysterious, and beautiful explicanda.

Lucas Smalldon is a science writer in the Washington, DC area. You can follow him on Twitter @reason_wit_me

Feature image: Galileo showing to John Milton the markings on the moon.