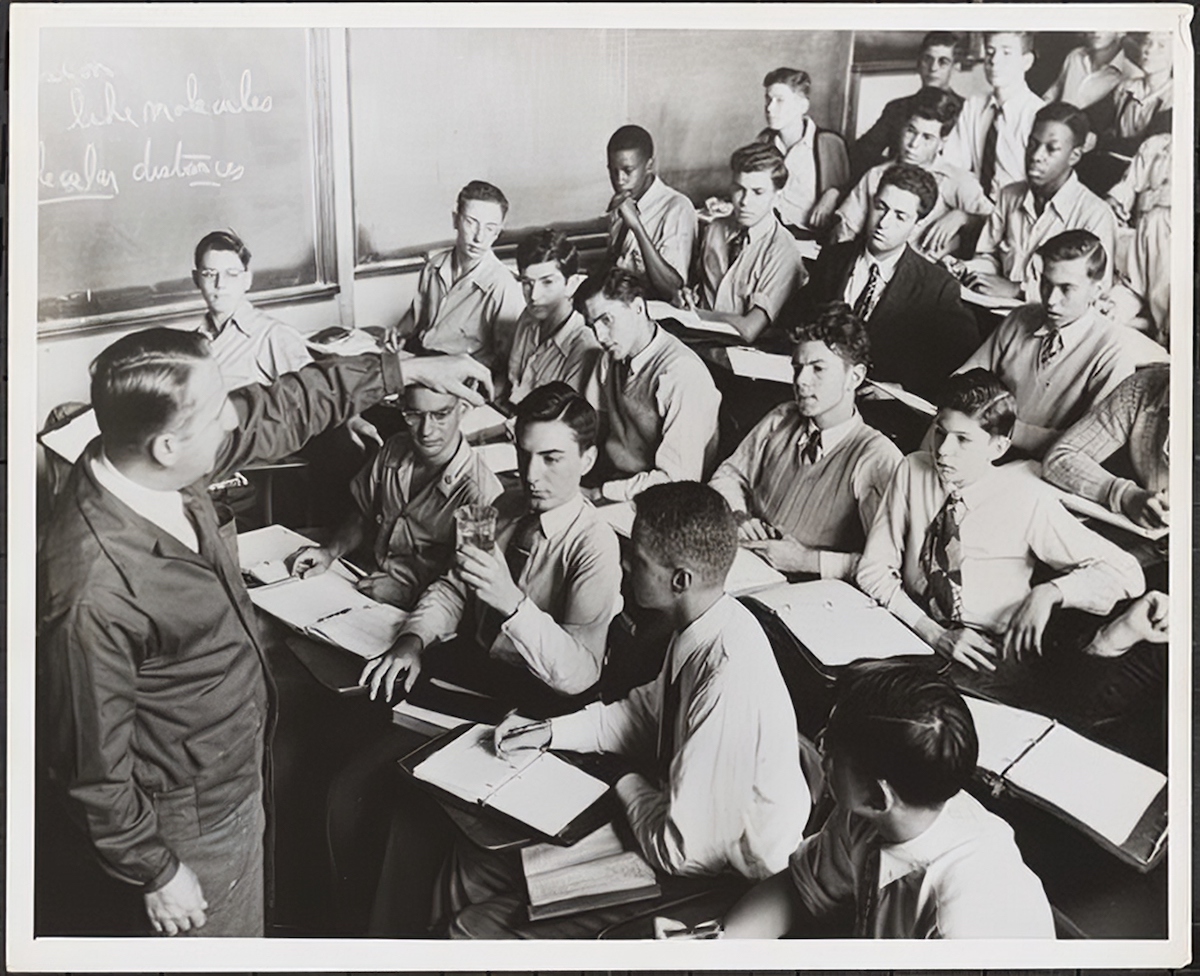 The New York City Department of Education operates eight extremely selective public high schools that have long served as pathways to achievement-for the children of upwardly mobile families. Admission to these schools is determined solely on the basis of performance in a special entrance examination—so these schools have avoided the problems associated with legacy admissions, athletics-based preferences and donor pressures, all of which serve to undermine the merit principle at many elite universities.

But there is a problem. Compared to their share of New York City population-at-large, black and Hispanic students are dramatically underrepresented in these schools. A recent New York Times article cast the issue in stark terms with its headline: Only 7 Black Students Got Into Stuyvesant, N.Y.’s Most Selective High School, Out of 895 Spots. As the article noted, Asian-American students make up only about 15% of New York’s total public-school population—yet accounted for 66% of admitted Stuyvesant High School applicants in 2019.

These numbers are stoking outrage in some quarters. And New York Mayor Bill de Blasio has called for overhauling the admissions process in a way that would boost admissions for blacks and Hispanics at the expense of whites and Asians. But such a move would require approval from the New York State legislature, which is a long shot given the (understandable) opposition from the families of low-income Asian students, who make up the plurality of the student body at all but two of these eight elite schools.

That constituency should not have to fight this political battle alone. Those of us who believe in the merit principle, and who have seen firsthand how these schools can improve the lives of the students who attend them, should raise their voice in defence of the current system.

That would include me. In early 1961, when I was a ninth grader at a Bronx junior high school, a teacher suggested that I take the entrance exam for the Bronx High School of Science, one of the city’s elite high schools (both then and now). Like most of the other kids who were encouraged to apply, I was a Jewish kid from either a working-class or middle-class household. Few of us had parents who’d attended college, and we had all seemed to have a knack for science.

Back then, there was no such thing as “test prep”: You simply showed up, took the test, and went home. Several months thereafter, some of us were informed we’d been accepted to “Science,” as the school was known colloquially. My attendance would require an hour of travel by two buses, rather than a short walk to the local high school, but I found the idea exciting. My parents encouraged me, and I entered 10th grade at the Bronx High School of Science in September, 1961.

My class of 700 or so was at least 80% Jewish. Perhaps a quarter were girls. The one constant among all students was unusually high intelligence. Of all the institutions I’ve gone on to attend or work at—including Harvard Medical School, where I served as dean—this was the place that featured, on average, the smartest people. The main currency in this realm was academic performance: Grades were published to two decimal points in the school newspaper twice per year (I could have done without that), and our heroes were the math team rather than the basketball team (we had no football team).

Like a good minor-league baseball player who faces a true major-league pitcher for the first time, I quickly realized that many of my classmates possessed brute intelligence that was simply on a higher level than my own—especially in math and physics. It was a safe school full of well-behaved bookworms. And not everyone pursued science. The class produced high achievers in every sphere—including future poets, writers, musicians and lawyers. One of ’64 classmates was famed mathematician Gregory Chaitin—after whom is named the Chaitin constant in algorithmic information theory. (He sat next to me on my first day of class in 1961. He was the one writing out long equations for fun during English class.) Another was science writer Dava Sobel. In all, the school’s alumni have earned eight Nobel Prizes, eight Pulitzer prizes, two Turing awards and, yes, Two Emmys. (I haven’t won any of these prizes.)

In my case, I decided to consider a career in medicine. But despite being in the top quarter of my class, I was counseled against applying to Harvard or Yale, and was rejected by Columbia. The last vestiges of anti-Semitic bias were still wafting through these elite schools, and it was known that while well-heeled Jews didn’t face too much of a problem, admissions officers didn’t want too many Jews of the, shall we say, Bronxian variety. I was accepted by NYU, but when I saw the tuition (minuscule by today’s standards, but still daunting to a teenager who had to pay his own freight), I chose instead to attend the “proletarian Harvard”—the City College of New York (CCNY). Grades alone determined admission. And at the time, the school was considered academically rigorous. At $37 per semester for tuition, the price was certainly right. It seemed like half my class joined me there.

Thirty years later, I visited Bronx High School of Science again—this time as a Harvard Professor—with my wife, also a Harvard professor, a daughter of poor Greek immigrants who graduated from that same high school in 1968, four years after I did. Although much appeared the same as it had been back in the 1960s, it was evident that the majority of students now were Asian-Americans, not Jews or even whites more generally, a situation that persists to this day. In the most recent cohort, 58% of admission offers at Bronx Science were made to Asian students, 25% to whites, and low single digits for both Hispanics and Blacks.

Obviously, the ethnic and racial composition of Science and the other selective schools has not mirrored that of the general public-school population, even as the group with disproportionately high representation has switched from Jewish to Asian over that period. Both these groups were minorities, and both have been subject to discrimination, each having endured limited economic standing at the time they came to dominate these selective schools. I’m not certain about why members of these two groups have managed to score high on admission exams year after year, but I expect that one factor has been the attitude of their families toward academic achievement. What is certainly clear is that these schools have allowed students like me to enjoy a rigorous academic environment, surrounded by others who embraced the same values, without requiring our families to pay private-school tuitions that were beyond our means.

But even if one is to defend the status-quo admissions system, it won’t do to simply celebrate the extraordinary success of the children who’ve benefited: There are urgent questions to be asked about the exclusion of other groups.

First and foremost: How good a job does New York City’s public school system do in educating those students who haven’t sought or gained admission to selective schools? The vast majority of students in New York City are in this latter category, as the eight elite schools represent only a little more than 1% of the city’s roughly 600 total high schools. As has been well-documented, public schools in less affluent neighborhoods typically offer little in the way of enriched courses; and problems at school can be compounded by family and social factors, including racism, which serve to deny many black and Hispanic students the fruits of their high potential. That is a tragedy.

Such problems have been understood for generations, even if solutions have proven elusive. Clearly, this is a challenge that is resistant to quick fixes—including a quick fix that would involve ending or weakening the system used to recruit students to the city’s most selective schools.

Though I have experience as a physician-educator, I have no expertise in public school education. Nevertheless, as someone who has spent a good part of his professional life seeking to recruit diverse, top-performing talent to institutions such as Harvard Medical School, I know something about the way ambitious people with promising futures are prone to make decisions. Watering down the criteria used to admit students to the best schools in New York City (or any jurisdiction) could actually make underlying problems worse by provoking ethnic animosities and furthering the flight of upwardly mobile populations—a phenomenon that had virtually apocalyptic repercussions for New York City in the 1970s. It also would threaten to crack the one acknowledged jewel in the city’s educational crown.

Moreover, switching to an admissions system based on geographical, racial or other criteria that is even partially dissociated from achievement would lead to a possibly racially stratified intra-school performance hierarchy, which in turn would unnecessarily damage the self-esteem of many of those admitted. A far better solution would be to improve the neighborhood schools that could be feeding diverse, high-performing cohorts of teenagers to elite high schools.

In the medical profession, when an alarming sign or symptom develops in the absence of a proper diagnosis, attempts at therapy may themselves prove dangerous to a patient. In this case, the symptoms are real and alarming, and demand the attention of serious diagnosticians and therapists of educational achievement. But treating the symptom by compromising highly effective schools with a generations-long track record of success wouldn’t actually ameliorate the presenting symptom of disparate educational attainment across racial and ethnic groups. Instead, it would delay effective remedies for the larger educational challenge, and thereby represent a serious mistake for New York City.

Featured image: Physics class at Bronx High School of Science, 1944. From the collection of the Museum of the City of New York.