Followers of US metapolitics were shocked by the appearance of Aleksander Dugin on a recent Youtube video hosted by Lauren Southern. In the video, Southern interviews Dugin, asking him questions about the difficulties millennials may face in the future and where conservatism must go next. Dugin’s responses largely came across as incoherent—his answers are disorganised and encompass transhumanism, the singularity on the horizon, conservatism’s dedication to the defence of “yesterday in front of today,” ‘standpoint feminism,’ and the spiritual patriarchy of the nobles.

Hope y’all are ready for this Russia series ? pic.twitter.com/l3sFrT1hrK

Dugin is a complicated character, and difficult to define. Some observers, even in Russia, have argued that he is a relatively unimportant figure in Russian politics. Others have asserted that he plays a critical role in Russia’s international politics, which included helping to repair Russian-Turkish relations in 2015. In any event, his name and voice are now familiar to many. His 1997 book, The Foundations of Geopolitics: The Geopolitical Future of Russia, proposed a grand strategy and was popular among Kremlin officials for many years. His YouTube series, Dugin’s Guideline, was presented in English so it might propagandize to American voters prior to the 2016 election. Despite losing his professorship at the University of Moscow in 2014 and being banned from entering the United States in June of 2015, he delivered a lecture (via videoconference) to an audience at Texas A&M University entitled, “American Liberalism Must be Destroyed.”

What can at least be determined about Dugin is that his ideas are dangerous. In his public appearances, Dugin has spoken of the presence of ‘separate truths’ for the world, specifically that Russia and the United States have their own respective truths. On these grounds, one can conclude that Dugin is some kind of postmodernist, or at least a cultural relativist. In his interview with Southern, he speaks about standpoint feminism which holds that male and female viewpoints exist as discrete structures which clash as they vie for their own interests. This is not unlike the principles of cultural practice theory advocated in today’s cultural anthropology.

Dugin’s references to cultural anthropology are not simply passing—he explicitly supports some of its central tenets. Three minutes into his Texas A&M lecture (and two minutes after denying that he called for the genocide of Ukrainians in 2014), Dugin expands upon his concept of separate truths, stating, “In this sense, I am a partisan and follower of the ideal of cultural anthropology created in the United States, precisely by Boas and developed by structural anthropology in Europe…the leading figure, Levi-Strauss.” One can argue that Dugin’s arguments are rarely if ever consistent, but this was not the first time he had invoked Boas by name. In a separate interview, Dugin states, “I strongly believe in the multitudes of civilizations…I am a follower Boas…Franz Boas’s anthropological concept.”

Listeners unfamiliar with anthropology may not know that Franz Boas is the founding father of American anthropology. A German migrant to the United States, Boas founded the first Department of Anthropology in the US at Columbia University and established what was to become the dominant school of thought now called historical particularism. This perspective, in stark contrast to some of the universal-evolutionist theories which preceded it, emphasized that each society can only be viewed through the lens of its own historical development. Attempts to otherwise generalize cultures were ascientific, as comparisons and generalizations of cultures are impossible. His students and disciples would later expand on these ideas, and they included Edward Sapir who created the Sapir-Worf hypothesis of linguistic relativism whereby individual languages determine one’s view of reality. Ruth Benedict, who some have called a radical Boasian, would later famously state, “We do not see the lens through which we look,” emphasizing that we can only apprehend our constructed views of other cultures through the lens of our own.

These ideas would have a profound impact on the field and they continue to exert their influence to this day, although this form of relativism would later fall out of favor in anthropology for the neo-evolutionist ideas of Leslie White in the 1940s and the cultural materialist perspective offered by Marvin Harris in the 1970s. White would at one point attempt to reclassify anthropology as the ascientific branch of cataloguing cultural knowledge and his own approach of culturology as the attempt to explain patterns of culture more generally. Much of the distinction between these two approaches was based on their preference for either an inductive (anthropological) or deductive (culturological) approach. Although his attempt to professionally divide anthropology failed, deductive, less particularist approaches to anthropology which saw culture, and not necessarily people, as its subject would remain a dominant paradigm in anthropology for a number of decades.

Relativism would later be reintroduced by the postmodern literary critics of the late twentieth century and Michael Foucault’s concept of reflexivity during the mid-1980s. There was a weaker reintroduction by symbolic anthropologists in the 1970s, but it lacked the vigor of this new wave. In the new wave, anthropology’s classic ethnographies were attacked by those turning the focus back onto the writer and his particularist lens, much as Benedict and Boas had instructed years before. Perhaps the reason why the wave of postmodernism hit anthropology much harder than any other field save literary criticism itself was that anthropologists could legitimately make the claim that they were relativists from the beginning. A handful of them, such as Marcus, Fisher, Geertz, and Clifford, had been awaiting a climate conducive to their ideas and grasped the opportunity.

The arguments employed by Dugin are the same as those used by postmodern anthropologists in their own academic explorations of postcolonialism. Often his language is indistinguishable from theirs. In his Texas A&M address, he outlined a lucid postcolonial narrative stating, “I consider liberalism to be a kind of universalist, racist, and hegemonical doctrine that tries to impose the type of values, the ideas, the principles created by the West and Western Europe and the United States of America over all of mankind. And I think this is precisely [an] imperialistic and colonialist adventure.”

Cultural relativism is helpful to anyone wishing to legitimize their culture’s particular preferences and it may be invoked by those with no voice and by those seeking to justify and defend a position of power used to oppress others. Giving any culture a pass to write its own truths means that ‘alternative facts’ are thereby validated, reality at the frontier of two groups is negotiated, and universal norms of rights and morality are completely delegitimized. This form of relativism is not the same as the one we saw with Boas and Benedict, and it is far more dangerous than its predecessors. Unlike the Boasians, who at least used what they believed to be scientific inductive methods to justify their positions and make claims about the world, many of his followers reject method entirely—how information is acquired, interpreted, or created is considered irrelevant. If Dugin’s ideas are realized, not just by his tiny sect of Russian nationalism, but by waves of emergent nationalism elsewhere, what will be our moral defense?

Of course, Dugin’s vehement attacks on ‘American liberalism’ expose his dishonesty and the incoherence of his selectively relativist philosophy. If a culture can only be legitimately judged through its own lens, then by what right does Dugin attack American liberalism to begin with? Surely his attacks on liberalism are as worthless as liberal attacks on Russian illiberalism. Dugin’s 1997 book, which contains a detailed account of what Russian global domination might look like, certainly involves the imposition of a Russian system on the rest of mankind, and to the benefit of no one but Russia. Assuming the Boasian Dugin of today and the Geopolitical Dugin of 1997 hold similar beliefs, then it becomes apparent they both wish to see the replacement of one global hegemon (the US) with another (Russia).

Anthropological relativists and full-blown postmodernists ought to reconsider their positions and what they mean on a larger scale. Treating an academic field as a bargaining table, a world of negotiation, makes me wonder if this battleground is anthropology at all. Even now, anthropological attempts to study the mechanics of cultural transmission outside of advocacy are sometimes accused of endorsing society’s status quo.

An alternative to cultural relativism needs to be revisited and not reflexively catalogued as completely ethnocentric. If moral and cultural universalism are too much for anthropologists to swallow, then a more consistent version of relativism might go something like this: “All cultures are equally capable of wrongdoing.” We could rein in our current perspective on cultural anthropology and return to a form of relativism not too dissimilar to that proposed by Ruth Benedict when she said, “All cultures have alike grown up blindly, the useful and cumbersome together, and not one of them is so good that it needs no revision, and not one is so bad that it cannot serve, just as ours can, the ideal ends of society and of the individual.” Adopting such an approach allows us to keep our reflexive values in mind while we accept a multiplicity of alternatives. We can return to White’s system of distinguishing anthropologists from ‘culturologists’ so that lines are clearly drawn between our scholarly expectations. Alternatively, of course, we can continue creating alternative truths for the benefit of people like Aleksander Dugin. 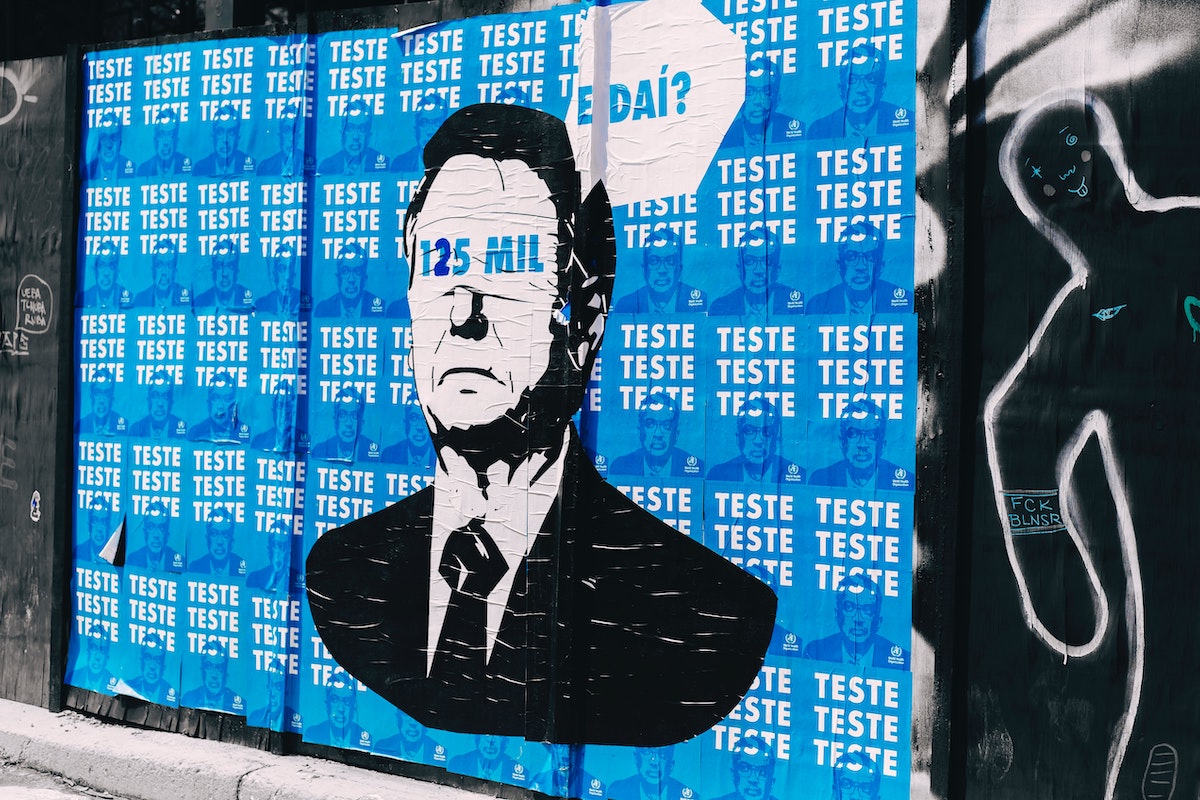 The COVID-19 pandemic has devastated economics in the West, but the harshest impacts may yet be felt in the developing world. After decades of improvement in poorer countries, a regression threatens that could usher in, both economically and politically, a neo-feudal future, leaving billions stranded permanently in poverty. If this