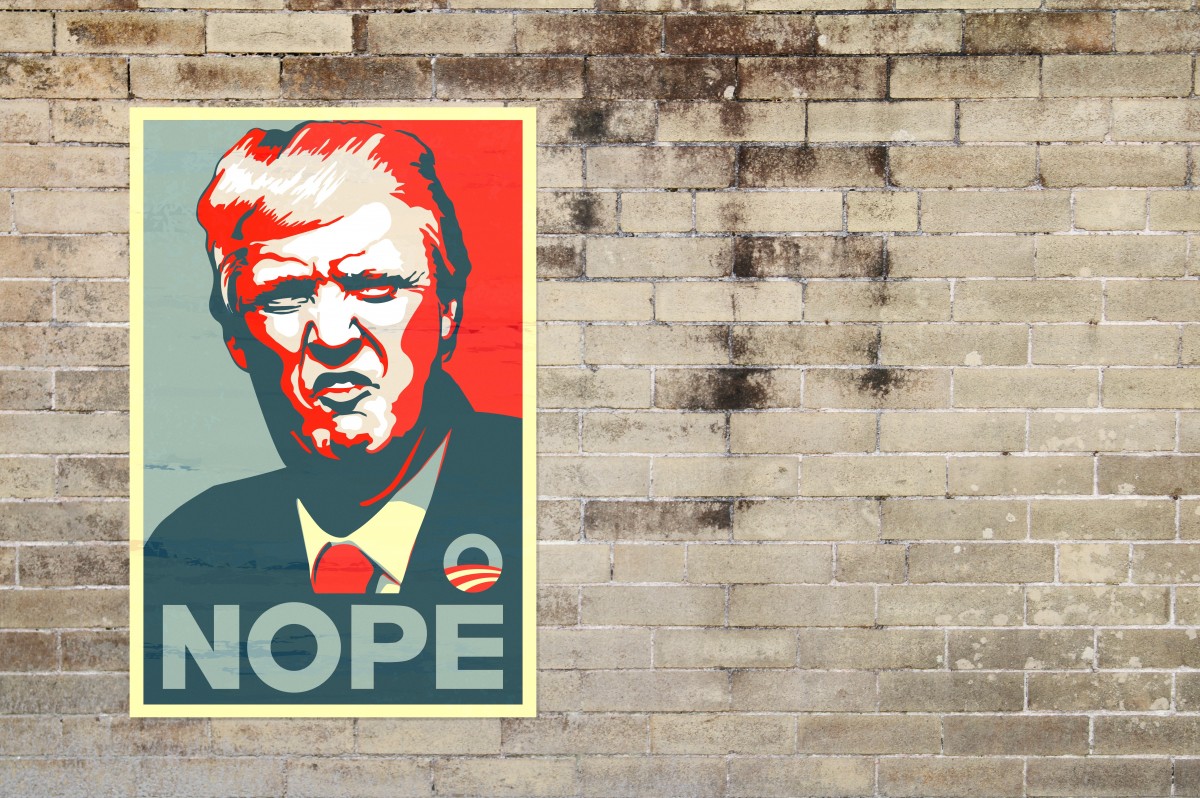 I am now a member of the Washington elite circles I scorned in my youth. My early hostility did not stem from partisan ideology, but rather from a tacit social understanding that lowly academics from state universities (i.e. not elite Ivies) like me would never be listened to, much less embraced. Both the following story and my burgeoning Beltway comeuppance contain a kernel of wisdom that informs a new way of thinking about the current populist moment.

It was May 2015, the third iteration of a course I was teaching on “21st Century Dictatorships” at the University of South Carolina. The course explored the varieties, strengths, and weaknesses of continuous and categorical measures of democracy—such as those employed by Freedom House, Polity, the Geddes typology, and others. It was substantively so full of dark material—repression, violence, assassinations, coups, poverty, and censorship—that I had become fond of making the final class an open conversation about the future.

I hoped to end that particular semester with an imaginative spark—my grand theory of ‘authoritarian liberalism.’ This theory—more of an interesting thought—rounded out the curriculum. I began by drawing a long horizontal line with arrows at both ends. ‘Democracy’ and the number ten were written under the left end; ‘Autocracy’ and a negative ten were written under the right. A zero was placed squarely in the middle.

Then I spoke briefly of probability theory and the centripetal forces of technological integration. I drew some bell curves, some more lines, and more arrows. From one side of the room I explained that democracies, on average, are becoming more authoritarian. As evidence, I cited central banks, unelected judges, the swelling surveillance state, and concentrated power in the executive. I walked to the other side of the room and from there asserted that autocracies are, on average, becoming more liberal. I reminded the students of Chinese ascension into the World Trade Organization, the widespread (ab)use of elections, and the media savvy of Russia’s RT.

The logical conclusion, assuming this trend continued, was that there would be a convergence of all government types in the middle, at ‘zero,’ which I called ‘authoritarian liberalism.’ For points of reference, I noted that (at the time) countries like Russia, Venezuela, Jordan, and Singapore resided closest to this center zero-point already.

“What does that mean?!” a student barked eagerly from the back of my classroom. “Is this really happening?” asked a voice from the front row. I felt a tinge of unease as I turned to interpret meaning from the board I had covered with frantic scribbles. My words would command the undivided attention of all forty students.

“With a normal distribution,” I began, “a mean of zero, and very low variance—rather than the current bimodal distribution—effective global governance would be possible for the first time in world history.” At that point I felt the piercing focus of eighty eyes—on the board, back to me—and then mutterings followed by more questions.

Taken aback by the level of interest, I hastily countered that “the world would probably be more peaceful with a global government, but if—and this is a big if—my prediction is correct, your children will not live in a democracy…and their children will likely not have a national identity.” I’m pretty sure I then added, “And that would kind of suck” (a technical phrase used by political scientists to indicate the undesirability of this-or-that outcome). We talked about it for a full hour, ended the class, and then moved on with our everyday lives.

This idea stayed in my head, but I did not bring it up in classes anymore. Since then, the UK voted for Brexit, there was an attempted coup in Turkey followed by a massive crackdown, Orban began talking about “illiberal democracy,” and populist parties rose in Poland and Germany. In the US there were police shootings, riots and reprisal killings of officers, and the Russians instrumentalized social media to interfere in an election characterized by unprecedented levels of populist rhetoric from both mainstream camps.

Johns Hopkins published Democracy in Decline? and Authoritarianism Goes Global. A corpus of books with similar themes rained upon us. It was as if a reality based on my forecast was constructing itself. Not only did it have prima facie validity, it had predictive power. To this day, I receive emails from students in that class saying that conversation inspired their current work.

So, is the 21st century the death knell for democracy? It might be. It might not. The only certainties are that change is inevitable and no one knows the future until it is too late. Perhaps I am aging, and this is a Get Off My Lawn moment, but in the current technological and political atmosphere one cannot help but get the sense that the future knocked, entered, and is now wrecking the place.

To understand the generalized aporia of the populist moment, a good place to start is by accepting that conceptions of democracy change over time. The Founding Fathers abhorred direct mob rule and created an elite republic. As representation expanded, the republic became known as a representative democracy. Then a republican democracy, or sometimes a democratic republic. Then a liberal democracy. Then…well, the concept is now a dumpster fire of emotionally charged nouns and adjectives.

This evolution of meaning fits into a theory of authoritarian liberalism well. If regime types really are converging, it should be common to hear frequent, robust, and heated debates over exactly how to distinguish between historically loaded terms like democracy, republic, authoritarianism, and liberalism.

When elites decided to broaden participation, many did so out of altruistic impetus and moral imperative. But a more granular explanation would be that elites expanded participation in search for comparative advantages within contested elections. This is not an argument to restrict the vote, so bear with me.

In 2016, Christopher Achen and Larry Bartels published Democracy for Realists, a thoroughly empirical rebuke of the ‘folk theory’ of democracy; the belief that individual voter policy preferences are somehow transmitted through votes into representatives that enact those government policies. The reality is more like the opposite; elites have policy preferences that they signal to voters who, in turn, adopt them.

In simpler terms, most people prefer and vote for the policies and representatives they are told to by elites, not because they have reasoned that it is a superior choice. Issues are far too complex for voters to think through every proposed policy. They look for shortcuts; things and people that sound, look, and feel familiar.

Imagine a ‘menu’ of proposed policies in Netflix or Google search form. There is just too much there to have an informed opinion on everything. At the end of the day you have to make a choice, click on a link, and vote for a representative or a policy if you want to participate.

Participation, or voting, would be almost purely random if it were not for elite identity cues that drive voters’ decision-making. Humans are innately attracted to ‘sameness,’ and technology is a tool with which elites send signals to voters. Think, for example, of Roosevelt’s fireside radio chats or consider the YouTube addresses and Twitter feeds of modern presidents.

But technology is also the people’s tool for contesting elite signals and creating new ones. One may recall television coverage of the Vietnam War, but today there are so many interactive, immediate, and global technological outlets that conspiracy factions, hacker collectives, protest groups, journalists, contrarians, and others now compete with political elites on a more level technological footing. And indeed, like me, they often end up becoming the elite signalers they initially claimed to despise. This is a wholly unrecognized problem, and it midwifes two further, related problems.

Liberalism—in the classical sense of the term—is best described as a system of individual rights. The root word ‘liber,’ as related to ‘liberty,’ means ‘freedom.’ New technologies have liberated individuals in a way that is forcing elite republics to rethink how to maintain order. Before the current era of mass global interconnectivity, the response of elites to increased technology-driven liberty (telephones, trains, cars, etc.) in democracies was to expand participation and compete for votes. In autocracies, the impulse has historically been to restrict and repress.

That time is long gone. Thanks to the internet, things are now complexly interconnected all the way down to the individual level of analysis. This is what I referred to in class years ago as “the centripetal force of technological integration.”

Technological liberation of the masses touches far more than voter preferences. Social media unshackles individuals from the collective action problem in a way that does not acknowledge sovereign borders. The wide-ranging impacts of technological change always outpace incremental institutional change.

Existing democratic institutions are just not fit, flexible, or strong enough to cope with the impulses of ideologues, unfiltered and low-cost information campaigns, or the seductive nature of conspiracy theories. The future did knock, it unchained the people, and now elites must figure out how to reimpose order.

Problem 2: Technology has distorted traditional processes of ‘mass-socialization.’ Technological freedom creates vacuums in democracies that, absent institutional innovation, are filled by authoritarianism. In dictatorships the vacuums are now filled with incremental liberalism.

A world of roving bandits (including intellectual bandits like populists and conspiracy theorists) critically damages economic output, or what Mancur Olson referred to as the “encompassing interest.” Restricting elite circles and imposing authoritarianism is an easy way out that looks more and more like the way out. Indeed, this is what drives the current trend of ‘personalized’ power in China, Russia, Venezuela, and Egypt.

In autocracies there is already a monopoly on power, so all dictators have to do is build institutions that will grant and govern limited individual rights—liberalism—yet conserve strict maintenance of their spread and activity. This idea forms the basis of China’s censorship regime and its new ‘social credit rating’ system.

In democracies, elites have choices. They can kill the democratic republic in the name of order— as populists would do—or unite to defend and modernize the system that created their collective power. The people do have some say, but understandably the choices have not been all that great as of late.

Absent new institutional frameworks to manage the political assault of modern technology, it is likely that elites and identity groups in democracies will continue pushing their followers to use the rules-based system against itself by voting for increasingly idiosyncratic populist agendas.

In Federalist 51 James Madison warned that “ambition must be made to counteract ambition.” This is a guiding principle best suited for democracies, but if the current system is to be saved it is up to elites to work together on a larger project of expanding their own ranks, whilst retaining their own ambitions, and accounting for larger technological and demographic change.

If elites choose to roll in the mud with populists and authoritarians, then God help us all. As a new (maybe still aspiring?) member of the elite classes, I hope to offer constructive ideas that will help ensure that my children enjoy the liberty and democracy that allowed me to climb the ladder.

Clay R. Fuller is a Jeane Kirkpatrick Fellow at the American Enterprise Institute where he studies authoritarian regimes. You can follow him on Twitter @clayrfuller