Right-wing podcaster Stefan Molyneux recently advised his teenage fans that they should append their IQ scores to job applications. This idea was widely and deservedly ridiculed on Twitter. It’s a serious faux pas to include test scores of any kind — IQ especially, but also SAT or graduate admissions tests like LSAT, MCAT or GMAT — on a resume.  Including test scores will cause many employers to draw negative assumptions about an applicant, and thus reduce the applicant’s chances of being hired, regardless of how good the scores are.

But why is there such a taboo against sharing scores, that including them on a resume would cause an employer to draw negative inferences about an applicant’s character? Why is it considered extreme and risible to suggest that a job candidate with a high IQ or a high SAT score should treat that as a qualification? And who benefits from this norm of keeping this data secret?

While it is bad advice for a job applicant to share test scores with an employer, nearly every job application will include an applicant’s college degree and the institution that granted it.  There’s no taboo against telling people where you went to school. You’re expected to put it on your resume. You can mention it in conversation with people you just met. You can include it in your online dating profile.  You can wear a T-shirt with the name of your school printed on it, or festoon your car with bumper stickers that show your school spirit. However, there’s almost no occasion where it is socially acceptable to brag about your test scores or ask somebody else about theirs.

People use the relative prestige of their degree-granting institutions to sort themselves, their colleagues and their peer groups into hierarchies, and employers use this information to rank prospective hires as well. If an applicant went to an elite university, most employers will assume that applicant is likely to be smarter than someone who attended a less prestigious school.

It’s true that being very smart and scoring very well on the SAT is the only way most people can have a chance of getting into an Ivy League school, but a lot of seats at elite schools are set aside for special people who don’t have to meet the high academic standards required of everybody else. Meanwhile, a lot of people with stellar scores attend lower-ranked schools, to take advantage of economic incentives like merit scholarships or in-state tuition, or simply because elite schools turn away a lot of top academic performers to make room for the children of the rich and powerful.

Daniel Golden won the Pulitzer Prize in 2004 for reporting on college admissions for the Wall Street Journal, and he explains how these systems work in his excellent 2006 book The Price of Admission. In addition to the widely-discussed practice of using lower admissions cutoffs for underrepresented minorities, the most prestigious colleges in the country also use lower academic criteria to admit students who are legacies — the children or grandchildren of alumni, and students who can participate in athletics. And, while admissions officials flatly denied this on the record, Golden makes a strong anecdotal case that the admissions standards can bend much further for the children of the very rich and the very powerful.

He found cases where administrators who focused on cultivating donors, attempted to exert pressure on admissions committees on behalf of certain applicants. Or found sports teams to slot favored candidates onto, in order to get them the benefit of lower admissions criteria for athletes. And certain special cases got very special treatment. 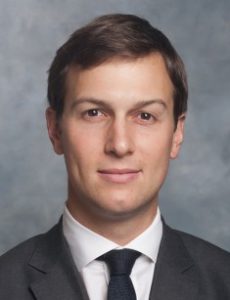 Before he married Ivanka Trump and became a top adviser to the President, Jared Kushner was well-known for the rumors surrounding the circumstances of his admission to Harvard. Jared’s father, Charles, a New Jersey real-estate developer, donated $2.5 million to the college shortly before Jared applied. Officials at Jared’s high school told Golden that they were shocked he got in; his transcripts and test scores were unremarkable. And they were especially disappointed that he was admitted while his high-school classmates who were better-qualified on the merits got rejected.

Kushner’s story is famous, but not unusual; Golden obtained a list of elite Harvard donors and found that most of them had gotten their kids admitted. And recent admissions data shows that nearly a third of the students admitted to Harvard are legacies.

That means that, while a quarter of Yalies got in with a 1430 or lower combined SAT score, only students who have some kind of hookup can get in with scores like that. The cutoff for students with no connections is at least a hundred points higher.

Regardless of the circumstances of his admission, Jared Kushner and all the rich kids who got in through the Ivy League’s VIP side-doors hold elite degrees, and students who earned high test scores but, for various reasons, ended up at lower-ranked colleges are, nonetheless, graduates of lower ranked colleges. And the fact that there is no context in which it is ever appropriate to talk about test scores tends to reinforce and preserve the status conferred by admissions regimes that favor elites.

Tests are the only objective admissions criteria

It’s distressing that too many of the most prominent voices defending the use of testing are far-right types like Molyneux who want to use tests to further some kind of racial agenda, because, over the last hundred years, tests have been a great driver of economic opportunity for marginalized groups.  Tests have become controversial; many progressives view them as inherently discriminatory, and hundreds of colleges have adopted test-optional admissions.  Detractors argue that tests were invented by eugenicists and perpetuate inequalities.

But standardized tests are the only mechanism that allows students without connections to demonstrate themselves to be stronger candidates than the wealthy and connected. The implementation of the first standardized college admissions tests led to dramatic increases in Jewish and Catholic enrollment at elite universities that had historically been dominated by the Northeastern Protestant aristocracy. Over the last fifty years, the options opened up by high standardized test scores have fueled the success of Asian Americans, who now have a higher median level of educational attainment and a higher median household income than whites.

While detractors often argue that tests like the SAT measure nothing more than a student’s family income or ability to afford expensive test prep, the truth is that, while richer kids do better on average, most rich kids still don’t do that well; the average student from a family with an income above $200,000 per year still scores below 600 on each section.

The wealthy have the best of every other metric in the admissions packet.  They have good grades; everybody has good grades. But their good grades come from famous private schools with storied reputations and longstanding status as “feeders” to the Ivies.  They have the best extracurricular activities money can buy.  They can pay consultants to help them polish their essays.

Rich people can also pay for fancy test prep, but their kids still have to take the same test everyone else does and be scored by the same computer, and be ranked according to objective criteria. It’s the only chance an outsider has to beat them.

And while the wealthy and powerful manipulate admissions to their benefit under the current regime, test scores put a backstop on how much those mechanisms can be manipulated. Top schools like Yale and Harvard each have 25th percentile scores above 700 on each SAT section, which limits the number of mediocre rich kids they can admit, and they like to keep their 75th percentile scores at a perfect 800, which means they’ve got to admit a certain number of truly high-achievers.  The admissions cutoff is lower for legacies and athletes, but there’s still a cutoff.

There are thousands of rich kids and legacies with combined SATs below 1400 who elite schools have to reject to preserve those medians. In a world without testing — in the absence of an objective criteria that reveals who is stellar and who is mediocre — all those applicants would get in, while the achievements of striving students with no connections could be dismissed.

Why don’t we talk about scores?

It’s illegal in the United States for an employer to use an IQ test to rank job applicants; tests used in hiring which are likely to have a disparate impact on minorities have to measure skills directly related to job performance. But that can’t explain why there’s such a strong social taboo against talking about scores, and why an applicant who considers his scores to be a credential and wants to include them on a resume is presumed to be some kind of degenerate.

Daniel Friedman is the Edgar Award-nominated author of Don’t Ever Get Old, Don’t Ever Look Back and Riot Most Uncouth. Follow him on Twitter @DanFriedman81

Daniel Friedman is the Edgar Award-nominated author of Running Out of Road. Follow him on Twitter @DanFriedman81.