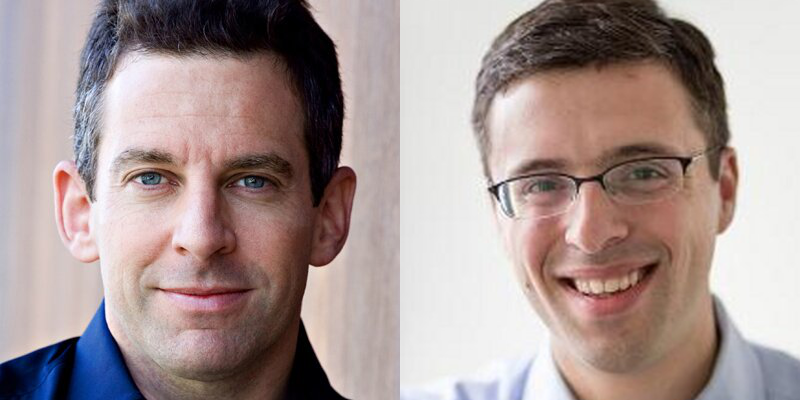 Earlier this week, Ph.D. neuroscientist turned pop-philosopher Sam Harris invited Vox Editor-at-Large Ezra Klein to debate Harris on his popular podcast. The topic: Harris’s decision to feature Charles Murray for the purposes of defending him— from charges of racism, on his show last year. Murray is famous in part for writing The Bell Curve, which included a controversial chapter which mentions racial differences in IQ. But this isn’t Klein’s first flirtation with character assassinations.

My podcast with @ezraklein is now available on the #wakinguppodcast:

In case you missed it, Harris and Klein have been feuding publicly since Murray appeared on Harris’s show last year. Vox published a piece attacking Harris for featuring Murray, accusing the two of participating in “pseudoscientific racialist speculation.” Vox then refused to publish a rebuttal written by Richard Haier, respected psychologist and editor-in-chief of the scientific journal Intelligence. (It finally found a home at this publication, here.) Next, Harris released his email correspondence with Klein, and that eventually led to this week’s heated podcast. Mid-way through the podcast, Harris says:

Throughout the conflict, Harris has argued that false claims of racism represent a moral panic that can severely damage the lives of real people, including Murray and himself. Instead, he believes we should dispassionately analyze facts as they are, i.e. scientists need to be able to be scientists. Meanwhile, Klein sees Murray’s scholarship as a tool to harm African Americans, which he justifies by citing Murray’s libertarian beliefs in shrinking government welfare programs.

That view cuts to the core of the difference between the Right and the Left on economic policy: The Right believes a smaller government and a less regulated economy can benefit everyone, especially impoverished minorities who have the most to gain. The Left believes a larger government, along with taxpayer-funded social welfare programs, are the only way to reverse the disparate impact of generations of racism.

The Left, however, is unique in attributing racist tendencies to those who disagree. Ezra Klein is no stranger to this practice, and he’s well aware of how opinion journalists will work together to amplify such slanderous accusations; he witnessed it on his very own platform.

Before founding Vox, Ezra Klein gained notoriety for starting an online listserv for progressive journalists called “JournoList.” Leaked messages from The Daily Caller showed some left-wing opinion journalists in the group attempted to coordinate messages, and suggested members to use certain angles to push their political agendas. JournoList counted influential liberal spokesmen such as Eric Alterman of The Nation, Jeffrey Toobin of CNN, and Paul Krugman of the New York Times, as members.

During the 2008 elections, when Obama’s connection to controversial pastor Rev. Jeremiah Wright entered the news, Spencer Ackerman of the Washington Independent messaged:

What is necessary is to raise the cost on the right of going after the left. In other words, find a rightwinger’s [sic] and smash it through a plate-glass window. Take a snapshot of the bleeding mess and send it out in a Christmas card to let the right know that it needs to live in a state of constant fear. Obviously I mean this rhetorically.

And I think this threads the needle. If the right forces us all to either defend Wright or tear him down, no matter what we choose, we lose the game they’ve put upon us. Instead, take one of them Fred Barnes, Karl Rove, who cares and call them racists.

After the JournoList story broke, Ezra Klein shut it down, but then the current Vox editor, Matthew Yglesias, headed up the former members to coordinate their responses in their various outlets to the controversy. Yglesias has also since attacked Harris as a racist on Twitter.

The intellectual journey from atheism to Islam-bashing to scientific racism is fascinating.

Not all JournoList members agreed on every tactic, and I don’t use its example to allege a vast-left-wing conspiracy, but I use it to show that Ezra Klein and Matthew Yglesias are familiar with the tactic of slandering opponents as racist and coordinating that narrative behind closed doors. Yet Klein denied doing the same thing to Harris and Murray on this week’s podcast.

Harris accused Klein of acting in bad faith, from the start of this dispute. He walked that back on this week’s podcast, but he was right the first time.

Klein ought to stop deploying the disingenuous journalistic practice of regurgitating falsehoods for political purposes. You’d have thought he’d have learned his lesson the first time with JournoList.

Sam Harris and Ezra Klein’s mutual friend Andrew Sullivan wrote a piece decrying what happened with JournoList: “what’s depressing is the way in which liberal journalists are not responding to events in order to find out the truth, but playing strategic games to cover or not cover events and controversies in order to win a media/political war.”

That quote could just as easily apply to what Klein and Vox have done to Harris and Murray.

Joseph is executive producer of “No Safe Spaces” a film starring Denis Prager and Adam Corolla. He is also film and video producer for the Capital Reseach Center and Dangerous Documentaries.