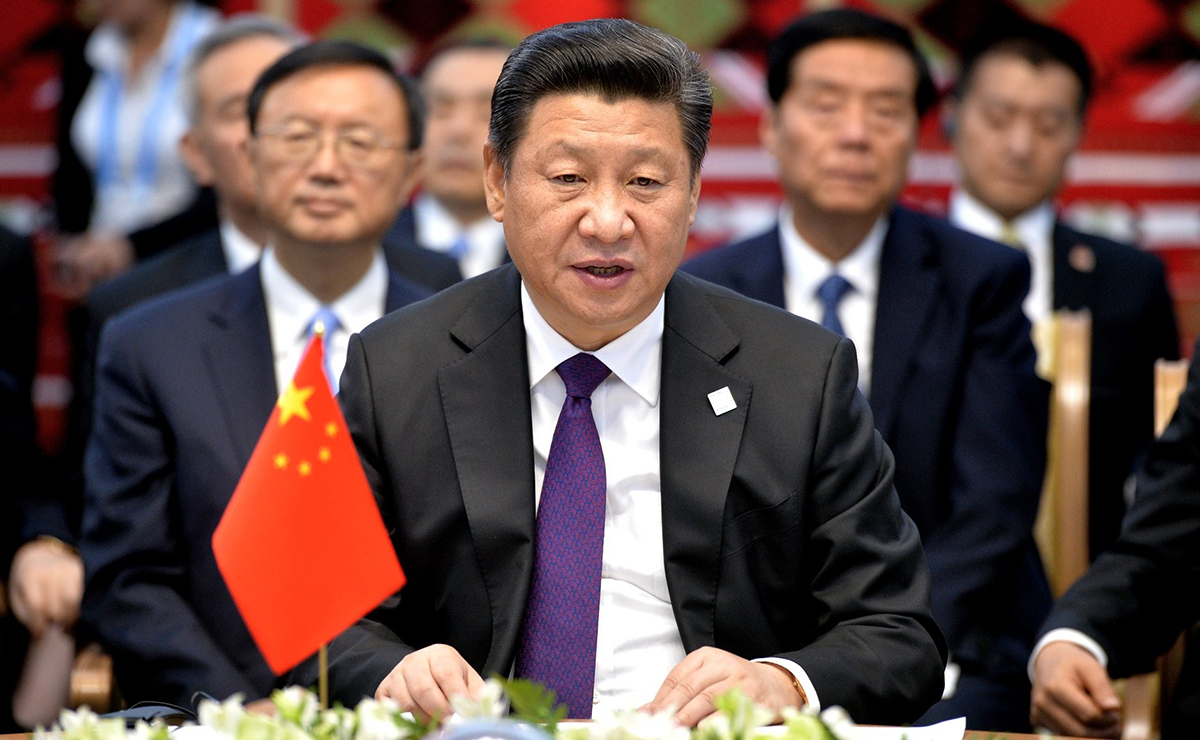 Chairman Xi Jinping is preparing to prolong his rule beyond the end of his second term, thereby breaking with the two-term limit set by Deng Xiaoping. The two-term limit had been one of the few civilized elements of China’s political system, checking the worst excesses of despotism and providing some structure for the peaceful transfer of power.

Xi’s stunt is, however, only the latest episode in China’s creeping return to more intensified political control. This development has yet to show its full destructive impact on China’s economic development (for that, we must wait a few more years), but it is already having a devastating effect in the realm of ideas, as it is the final nail in the coffin of the ‘China model’ philosophy. Of course, the Chinese Communist Party (CCP) and its defenders will continue to portray China’s political system as uniquely virtuous. But, intellectually and internationally, that line will be difficult to maintain. It is precisely because those old perceptions are now threatened, that the Propaganda Ministry has ordered Chinese media to lash out against the Western “obsession” with liberal democracy.

Defenders of the China model hold that China has made great progress toward developing a unique and laudable societal model that combines economic success with political stability, draws on ‘Asian values’ of the kind praised by the late Lee Kuan Yew, and possesses as much legitimacy as liberal democracy does in the West. International Relations scholar Zhang Weiwei, businessman Eric Li, and philosophy professor Daniel A. Bell have all argued that China is successful and stable precisely because the Chinese do not elect their government. This leaves the CCP free to rule in a meritocratic, harmonious, and stable fashion. Democratic India has often served as a negative counter-example. China, they claim, would do better to follow its own unique cultural and political traditions than attempt to emulate those found in the West.

So, was the China model supposed to be an authoritarian dictatorship? No. Bell in particular reassured Western sceptics that the CCP’s harmonizing guidance would leave room for a freer civil society, critical journalism, and a greater openness to the outside world. When those sceptics expressed doubts about the CCP’s civility, Bell would often point to the two-term limitation and the orderly transitions of power between leadership generations since the nineties. China – or so the story went – had forever freed itself from leadership cults. The key point was that, although the China model was not liberal or democratic, it was not a raw authoritarianism either.

That is, however, exactly what it is now appears to be. Certainly, since Xi came to power in 2012 – but more probably since the Olympics in 2008 – the liberalization process has stagnated and even reversed. Political control of universities, media, and NGOs has tightened, while the censorship and propaganda machines have run at full capacity. At the same time, however, rising prosperity has created a growing middle class, which is increasingly educated and demanding. China observers in the West had hoped that the party-state would compromise with this middle class by allowing civil society, the media, business, and the universities to become increasingly independent and open to the rest of the world, which would nudge China towards liberal democracy with ‘Chinese characteristics’ or some other innovative synthesis. But, instead, the party-state has dug in its heels.

Megalomaniacal political projects are back in vogue, too. Deng, who had to undergo Mao’s social engineering madness for 30 years, had once renounced such projects: no more visionary Leaders bearing Great Plans, thank you very much! Yet Xi has a vision of a new ‘silk road’ from China to Europe. The practicalities of this idea are rather vague, but the main aim is to draw countries in Central and Southern Asia into the Chinese sphere of influence with infrastructure projects and investments. This project undermines the ‘free market,’ as companies come under pressure to invest in what is primarily a political project.

Furthermore, this project will march China straight into an Islamist trouble spot. If, as planned, China decides to construct infrastructure worth $62 billion in Pakistan, it is likely to be drawn into the country’s problems. In China itself, the party-state is already faced with the problem of what to do about non-Han Muslims. In the northwestern province of Xinjiang, where the Uyghur Muslims live, the party-state conducts a reign of terror. The New York Times speaks of a “dystopian totalitarian surveillance state,” and now that same party-state seeks to reach further westward, deeper into the Islamic world.

Most Chinese and many Western analysts still mistakenly think, however, that China is heading toward a golden future under the current regime. They are blinded by the image of a decisive leader and party elite, and underestimate the importance of societal pluralism. By which, I mean independent science, journalism, professional organizations and trade unions, the free market, inter-party competition, and freedom of inquiry and public discussion. All of these are presently either undermined or prohibited. In China, power and prestige are concentrated in a single organization, the CCP, and its elite which has a finger in every pie. This is a legacy of both communism and the imperial tradition with its elite of Confucian mandarins. However, China’s rapid development over the last forty years was actually enabled by the liberalization process. The progress that has occurred was due to the relative increase in societal pluralism since the death of Mao, and Deng’s subsequent Reform and Opening Up. But now Xi’s clan is offering a return to the old, controlling paradigm, which will put a brake on China’s further development.

Of course, the CCP argues the exact opposite. China, it says, will continue to prosper because it is the party-state that harmonizes society. The ‘father-mother officials’ (fumguan) take care of their child-subjects by protecting them against ‘inharmonic’ ideas and impulses, and the CCP can be trusted to use its power responsibly because its leaders are wise and attained their positions strictly based on their administrative and moral merits. In his 2016 book, The China Model, Daniel A. Bell speaks of “Chinese meritocracy,” which he favorably contrasts with the circus-show elections and demagogy of Western liberal democracy. Proponents and defenders of Chinese meritocracy contend that Western voters often vote for bad politicians because they are distracted by wild nonsense, whereas the Party selects the best leaders through backroom processes – “a sophisticated and comprehensive system for selecting and promoting political talent that underpinned China’s stunning economic success.” I think I know Bell well enough to say that he wouldn’t describe Xi’s power grab as ‘meritocratic,’ and that recent developments must have disappointed him.

The figure of Xi originally seemed to strengthen the case for the China model. Bell and others loved to compare the ‘serene’ and ‘strong’ Xi with the erratic and clumsy Donald Trump. The comparison has always been misleading, however. Yes, Trump is incompetent – but what do we actually know about Xi? Xi is even more of a princeling than Trump, and he flourishes in a sheltered Party realm. He does not face domestic criticism from anyone. Everywhere, obsequious officials await him with notebooks to jot down his wise utterances. His inviolability is a façade. When Xi visited the Netherlands in 2014 and Tibetans protested on the Dam Square, a screen had to be erected separating him from the demonstrators so that he would be spared the sight of dissent.

Even if we accept that the CCP does appoint the best administrators, the party-state’s massive societal footprint still undermines meritocracy in the rest of society. Scholars with party connections are favored, so faculty selection is not purely based on scholarly merits. Entrepreneurs with party connections enjoy advantages, so economic competition is polluted, and innovation, product quality, and efficiency are less strongly rewarded. And so on. A true meritocracy is pluralistic; it rewards in a differentiated manner across different societal systems. Incentivizing excellence in specific arts and virtues enables talent to flourish. But centralized political control and interventionism crudely over-ride those differentiated evaluative systems with a single political hierarchy.

The main problem is that the Chinese place too much faith in the infinite wisdom and ability of a great leader and party elite. That totalitarian tendency hurts Chinese society, but it might also eventually become the problem of liberal democracies. We share a globalized world with a hyper-authoritarian superpower that is politically hostile to the liberal world order from which it profits economically. And that super-power is led by a man of boundless ambition.

Dr. Eric C. Hendriks is a Dutch, Beijing-based sociologist who previously worked at Peking University and is now connected to the University of Bonn. You can follow him on Twitter @ericchendriks