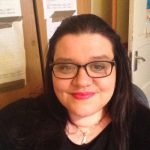 Helen Pluckrose is a writer for Areo Magazine and has research interests in late medieval/early modern religious writing for and about women. Her writing is often critical of postmodernism and cultural constructivism which she sees as currently dominating the humanities.

Women can be victims. In this world, there are violent, exploitative people willing to use and abuse their fellow human beings. Sometimes those human beings are women and sometimes they are abused and sexually exploited by powerful men because they are women. But women are not a class of victims. We cannot be victimised by actions and words that men can simply shrug off – an unwanted sexual advance, a strong criticism, an unkind comment, a tasteless joke, a call, a whistle, a wink. We are competent adults, fully equipped to deal with difficult, unpleasant, annoying or simply gauche behaviour. We are possessed of humour, empathy, reason, perspective and charity by which we can evaluate the behaviour of the men around us without developing a siege mentality or constructing a war zone.

When the recent #MeToo phenomenon included horrendous accounts of rape but also clumsy flirting and unwanted compliments, when rape and possibly unintentional knee brushing are discussed as part of the same phenomenon and when 28% of young people think winking is sexual harassment, society could be excused for doubting women’s ability to evaluate danger and cope with public life. This is a reputation we cannot afford if we want to succeed in it.

Feminists of my mother’s generation resisted furiously the claims that women were too timid, too fragile, too neurotic and too easily upset to function in the public sphere. They won this battle. Sisters began doing it for themselves. Women took their places alongside men in boardrooms and political arenas, on lecture hall podiums and in operating theatres, in courts of law and in armies.

This is currently under threat from a cultural shift within feminism which has shifted the aim from female empowerment to status-by-victimhood. It threatens to undo the progress made for women, valorise fragility, discourage resilience, weaponise victimhood and fatally undermine gender relations. It’s not good for women to be treated as fragile victims rather than competent actors in the public sphere. It’s not good for either sex for men to become afraid that talking to women, complimenting women, criticising women, flirting with women or touching women in friendly greeting could destroy their careers and reputations.

Women must oppose the ‘sexual harassment’ moral panics and witch-hunts against men if we care about the credibility of victims of sexual assault, the rights and wellbeing of men and our own social standing. 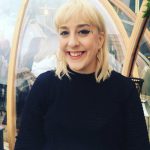 Holly Ashe is a London based fashion and culture writer. She was previously published in Vogue International as a fashion designer and a start-up business entrepreneur.

From my childhood, I was taught to be a strong woman; that women are fully capable. I grew up in a single parent family, with no male influence whatsoever. My mother did everything. She laid a carpet down at eight months pregnant, she built cabinets and bunk beds single handed, she brought up two well respected girls by herself, under an early 90s socially conservative government, living with the ‘shame’ the government had created against her while having barely any money to live on.

But my mother was never a victim. It was something she so ardently despised, and made sure that my sister and I never felt less-than capable for being girls.

This is a mantra I now practise daily, that has helped me out of years of debilitating chronic illness, a broken-down marriage and a career change before I’ve even hit 30. I’ve had every excuse to play the victim card; to sit and pity myself, to whine and moan behind my keyboard to any of the millions of martyrs online that only fuel and encourage this pitiful practice, but why on God’s earth would I want to do that? Why would anyone, especially women, (after all the sacrifice our fore sisters had made to pave the way for the stigma of being ‘just a woman’ to be shaken off, and to start being taken seriously as capable human beings) want to
go so far back in time, and request the likes of ‘trigger warnings’ and ‘fainting couches’ and ‘chaperones’?

The absurdity of this latest trend (and yes, it is a trend) would be hilarious if it were not so backward, and if it was not promoted so aggressively by the media. Western women, who are in a very privileged position compared to their sisters globally, are stereotyping themselves as damsels in distress incapable of functioning in the adult world, and in permanent need of rescuing. It’s as senseless as it is damaging.

To think that this movement helps women is simply delusional and myopic. 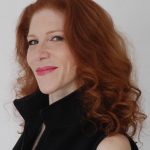 It was New York, back in the 1990s. I was crossing Seventh Avenue when a guy going the other way called out, “Never seen a body like that on a white woman!”

Naturally, I screamed for a cop and had the man arrested and swiftly executed.

Of course, I’m completely kidding. I loved it then, and I look back fondly on it now—as a 53-year-old redhead, worried that I’ll eventually start looking like the clown from IT.

Note my failure to lap up the requisite bowl of feminist claptrap on the horrors of “objectification” and my companion failure to identify as a victim of patriarchal something-or-other.

Because I don’t identify as a victim, I can laugh, take a joke, and tell somebody who’s bothering me to cut the crap—instead of tattling to an authority figure.

Of course, it helps that I am not a feminist. I instead call myself a humanist, and yes, I know that term has some meanings hitched to it already. However, I use it to explain that I’m for individual rights—meaning the rights of all people, not just people with vaginas.

This runs contrary to what feminism has become. Though feminism claims to advocate for “equal rights,” it now busies itself demanding special rights for women—under the guise of equal rights. (By the way, there’s little that screams that women aren’t equal like calls for special treatment.)

Feminism now regularly calls for women to be treated as eggshells instead of equals. And through this, it does something pernicious to the women it claims to advocate for: Feminism has become a movement for female disempowerment, or what I call “encouraged helplessness” (from psychologist Martin Seligman’s “learned helplessness”—the feeling that there’s nothing you can do to escape your fate).

In fact, feminism, bizarrely, has morphed into paternalism—instructing women that they are fragile, passive, powerless victims who need authority figures to advocate for them.

That’s a movement I want no part of. Or, as I like to put it—because I’m neither a feminist nor much of a lady: Count me the fuck out.

If you’re a woman, I encourage you to join me—count yourself the fuck out of what feminism has become.

This doesn’t require you to be fearless. You just need to shove your fears aside and do what needs to be done—say, getting up on your hind legs and telling some co-worker, “Stop saying that thing to me” or “…treating me this way.”

Now, if they persist after you’ve told them to stop a few times, that’s harassment and you can seek support to get them to stop. But consider that it’s less likely to get to that point if you simply act like men’s equal—act as if you’re powerful—instead of acting like you’re a feminist. 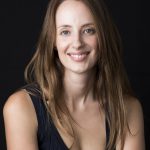 A person is only a victim if they feel like one—women included. People who have been on the receiving end of violence, or severe maltreatment are able to think of themselves as not being victims if they chose to, even if what they have experienced is terrible by anyone’s standards.

In fact, I would argue that it is often the people who have experienced serious adversity who refuse to think of themselves as victims. (That is not to say that they don’t agitate for justice or that they remain silent). But it is to point out that often people who have experienced adversity reject such labels and prefer to think of themselves as “survivors” or “fighters”.

I grew up in an economically disadvantaged neighbourhood in the city of Adelaide in South Australia. And I do not remember the girls I went to school with claiming victim status, although many of them came from single parent families who struggled to pay the bills. In my neighbourhood it was usually the boys who were in trouble—flunking out of school because they were smoking too much marijuana or dying in car accidents while speeding or drunk driving.

But that was a different time. Today victimhood culture is mushrooming like a poisonous cloud because people seem to think they will be granted status or special treatment for it. And maybe this is true, in the short term. But I suspect that many of the women claiming victim status for themselves will grow to regret it.

Feelings of confidence rarely come from fixating on things that are outside of our control, including events that have happened in the past. Meaning and contentment arise from doing things that create value for others—not demanding special treatment or recognition.

So for those of us who are worried about victimhood culture—what should we do to stem it? I believe we need to tell more stories of bravery and strength and practice gratitude for what we do have. Our female ancestors, for example, would have gone through childbirth sometimes five, ten, or even fifteen times in a lifetime—without the help of modern medicine. Unless we come from aristocracy our female ancestors would have toiled away on farms, or as servants in other people’s homes. Many of them would have been prevented from owning property, or leaving abusive husbands, and most would never have been able to access an education. Our foremothers would laugh at how easy we have it today.

This is not to say that life today is not difficult! Of course it is, and we need each other in times of hardship. But ultimately, none of us are victims unless we tell ourselves we are.