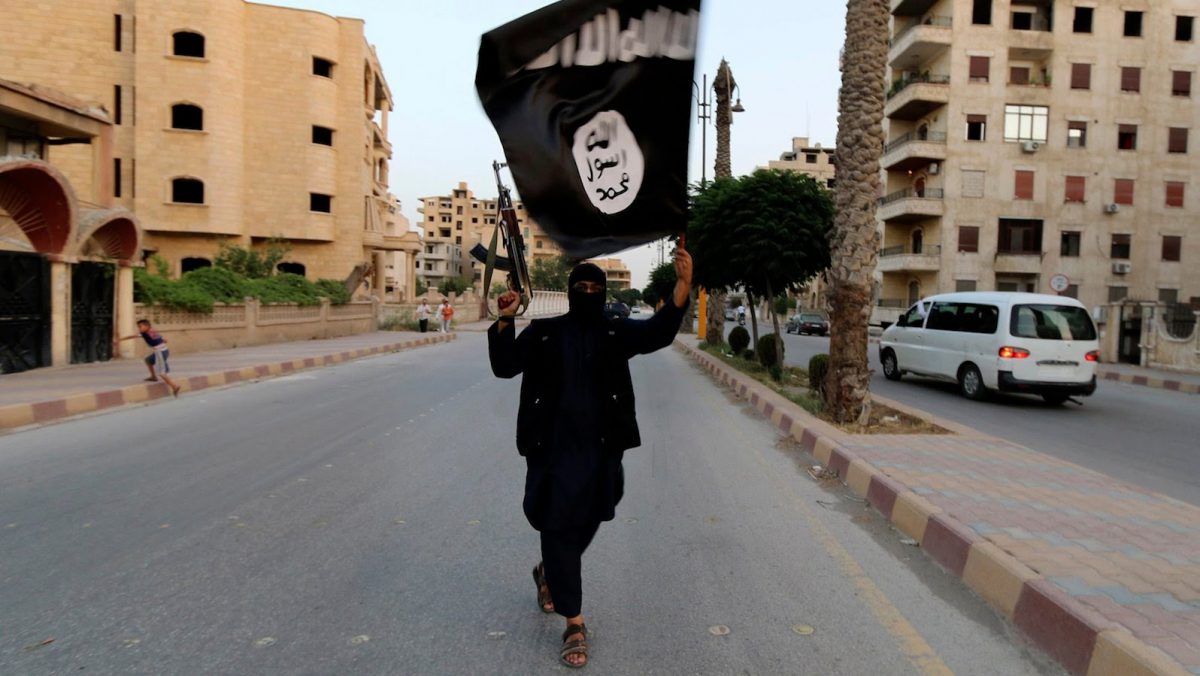 The Syrian war has produced a great deal of writing, but little of real permanence. Most of its derivative works are journalistic accounts and dry geopolitical analyses. It has yet to produce a new novelist, poet, or memoirist of note, rather than simply providing new material for old hands. Some day, a great book about the Syrian civil war will be written – something that draws deeply from the conflict and sets the tone for a changed nation, region, and world. Such an era-defining conflict will have that effect.

The Raqqa Diaries by ‘Samer’, a pseudonymous media activist who documented the daily reality of the occupation of his city by the Islamic State (ISIS), is not that book. Its brief length and episodic narrative do not allow it to reach great literary heights. It is presented too generally, in a way that will render it accessible to Western audiences. Arabic terms, even basic ones, are explained in footnotes. The book reads like an introduction to the Syrian conflict as well as a vignette of the wider war. Constrained by these limitations, it doesn’t rise to the level of a truly piercing, vital account.

Nevertheless, although Samer’s literary ambition is not grand, nor is it insignificant. The task of producing the book was fraught with danger. Prompted by BBC journalist Mike Thomson, Samer wrote a diary in instalments, attempting to record the bare facts of how life was lived in Raqqa during its time as the de facto Syrian capital of the Islamic State. As is suggested by the identity of its editor, the upshot is something of a BBC production. It is even constructed according to the corporation’s style guide, including denying ‘Islamic State’ a definite article, and placing the term in meaningful inverted commas so as to indicate disapproval of its claim to religious authenticity.

Samer’s prose is plain and unadorned, and brings clarity to bear on the quotidian episodes that characterise unfree life in an occupied city – a routine of pervasive boredom interrupted by rare outbreaks of horror. Samer’s friends are executed by ISIS and their bodies are left in the streets. Executions are held in public and these displays of extravagant cruelty are supplemented with floggings. At the same time, ISIS’s rule is marked by smaller, less violent means of coercion and control. Women are hassled by the ‘modesty police’, and told to put on gloves to conceal their hands. Shopkeepers are harassed with arbitrary taxes.

In these moments ISIS rule looks less like a death cult than a religious mafia. It seems, perhaps counter-intuitively, to be emulating organised crime. But in truth, this should not be surprising. Tyrannical entities tend to breed this kind of low level bullying – the exertion of control over the petty and the personal. But in the Caliphate, the peculiar mix of casual ultraviolence and the pettiness of ossified and capricious officialdom are pitched at a level of contradictory intensity.

Samer’s anecdotes benefit from his episodic structure, which organises the indignities and horrors experienced by Raqqa’s citizens into a vivid picture of tyranny. Most of the story is devoted to ISIS rule in the city, but through a neatly constructed framing device, the reader is offered a glimpse of what happened when the revolution first came to Raqqa. “I could not believe what I was hearing,” Samer writes:

I ran outside and saw cars flying the flag of the Free Syrian Army. One of the cars stopped right in front of me. A man leaned out of the window and told me not to be afraid. He said he and his fellow soldiers had come to liberate us all from tyranny and corruption. “We are your brothers,” he added.

Such moments provide an agonising sense of Raqqa’s brief free interlude of promise between Assad and IS rule when, for some, the future seemed to expand perceptibly. The Assad regime shared many of the features that would subsequently characterise ISIS’s totalitarianism, not least the mixture of real violence and the threat of violence with local problems. Its officials were corrupt, its jails full. When Samer’s friends spoke about the revolution’s arrival in Raqqa, they agreed to give it their support. The mood was hopeful and positive and so, for a time, were they. But this was not to last. The revolution, spread thinly as it tried to fight the regime across the country, could not protect urban environments its leaders thought were secure.

Islamist groups infiltrated Raqqa and wormed their way into its local communities. After that, all it took was a fait accompli gesture, in this case the breaking of a Free Syrian Army (FSA) line, to deliver the city into their hands. Samer hints at the moral complexity of this situation. For a while, ISIS was able to hide itself among various non-regime forces and keep its agenda from becoming known. This only became apparent when ISIS fighters began to tyrannise the local population in small ways, and was reinforced by a spate of high profile acts of brutality.

After ISIS’s assumption of control, Samer documents how Raqqa’s citizenry were failed by all parties to the conflict, and he draws particular attention to the terrible civilian death toll inflicted on the city by Russian airstrikes. The Russians and Iranians have demonstrated scant interest in Raqqa’s civilian population as they have waged a brutal and indiscriminate war on behalf of the regime. The US-led coalition, meanwhile, has hardly helped by encouraging sectarian elements within the Syrian Democratic Forces, a confected Kurdish-led constellation fighting to take Raqqa from ISIS. Amid the mayhem, Samer effectively documents the fears and anxieties of a city already imprisoned, but fearful of an alternative future which could be even worse.

He also writes movingly about lives interrupted, and possibilities closed off. Of the girl he fell in love with at university and hoped to marry, he writes: “Everyone dreams that things will get better, a future full of the beauty of life and all it has to offer.” But for these two, and for numberless other Syrians, this has not come to pass. So many of their hopes, thwarted by circumstance, exist in the past tense. The brother of Samer’s wife-to-be was arrested, accused of working with the FSA, and threatened with execution. His sister was presented with a stark choice – her brother’s life would be spared but, in return, she would have to marry an ISIS fighter. She agreed. Samer was informed by a phone call. “I was in pieces,” he writes. “But I knew her brother’s life was more important than our feelings and the dreams we shared. A life is worth much more than those things, or so I told myself repeatedly. I still try to convince myself of this.”

From this point forward, Samer and a group of colleagues dedicated themselves to the task of documenting ISIS’s crimes in Raqqa. This development parallels the emergence of astonishingly brave groups of media activists such as Raqqa Is Being Slaughtered Silently, who pay the price of bearing witness with their lives. They are hunted within the city of Raqqa and, when captured, they are brutally murdered in public. Courageous people continue to engage in this dangerous and vital work, contrary to every instinct of self-preservation. Eventually, convinced he is about to be arrested, Samer flees Raqqa for rebel-held territory, and from there to a refugee camp on the Turkish border. Current information suggests he is still there.

Samer’s book is a story of ordinary life interrupted, and of bravery and endurance in the face of abject terror. But it ends on a note of optimism, which is more than might be reasonably expected of its author. The world now knows about the crimes of ISIS and Assad, he says. And from this, something good, if not help for Syria’s suffering, may yet emerge. Above all, there is still hope: “Hope that our country will rebuild itself. Hope that the sacrifices made by our people will finally banish the cruelty and evil that has long stalked our land.”

A popular adage states that it’s the hope that kills you. Maybe so, but in Samer’s case, and in the cases of many other Syrians like him, hope has yet to be extinguished, and it is that hope which sustains them through the destruction of their old lives and country. It’s hope for a future beyond tyranny and theocratic barbarism. It’s hope for a future not impoverished and interrupted by evil men. That hope is a powerful thing. That it still survives, after all that has befallen Syria and its people, is more powerful still.