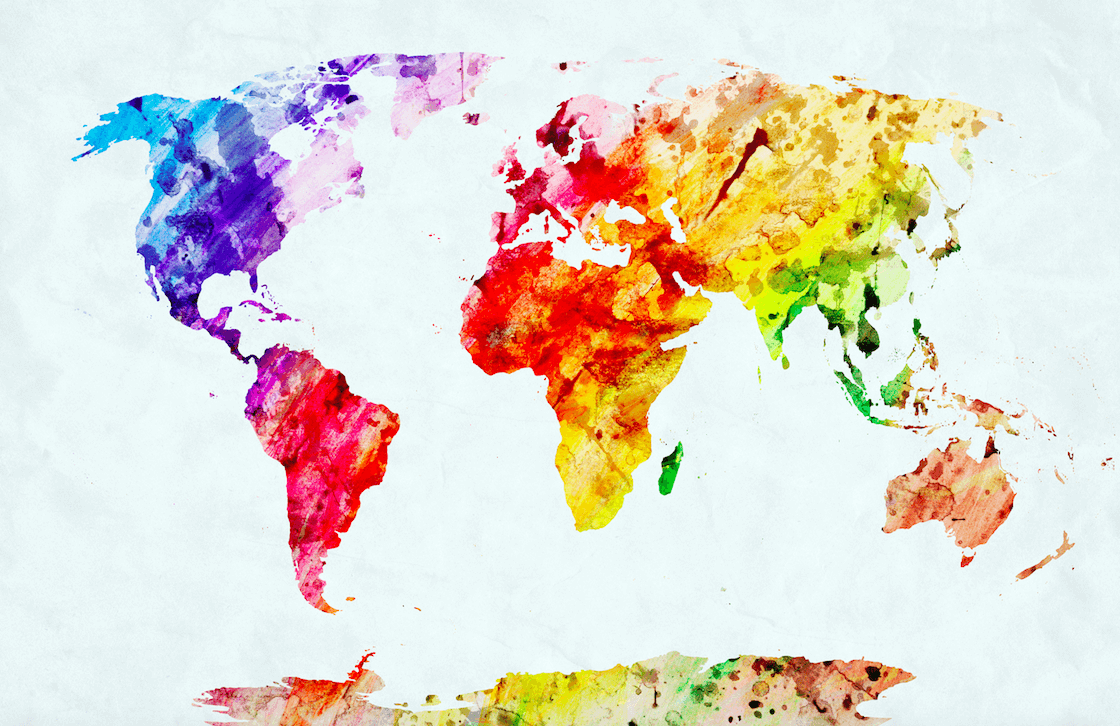 Look at the GDP per capita across different countries and you will see staggering differences. The U.S, Denmark and Singapore all have (nominal) per capita GDPs of between US$50,000 and US$60,000 per annum. On the other hand, Ethiopia, Chad, Nepal, Tajikistan, and Niger all fall below $1,000 per annum. The average resident of Denmark produces more than 50 times as much per year, measured in terms of nominal exchange rates, than the average resident of Ethiopia!

When we look around the world and observe the massive wealth disparities between citizens in rich and poor countries, many of us are apt to conclude that the differences must have arisen because of colonialism, imperial warfare, or theft of raw materials like gold or oil. Of course, all of these things have happened at various points in time, and they can arguably explain some variation in the standard of living. Colonialism can be especially destructive of institutions that support peace and commerce. But a recent article by the philosopher Dan Moller casts doubt on the view that injustices like these can explain much of the observable differences.

Instead, Moller musters economic data to suggest that blatant injustices barely show up in the overall trajectory of economic growth in most countries over long periods of time. Specifically, Moller appeals to “the Great Divergence,” illustrated by graphs like this:

The basic idea is that rich countries got rich by pulling away from poor countries, not by making other countries poor. For the longest stretch of human history, most people lived in what we would today consider to be extreme poverty. However around the 18th century, some European countries started to diverge away from this low baseline. Eventually countries like Japan followed suit, and more recently, Hong Kong and China. On the other hand, today’s poor countries did not become poor for the most part (Zimbabwe and Venezuela are good counterexamples). Rather they remained poor.

Not surprisingly for economists, the main explanation for the Great Divergence is trade, fostered in part by favorable social and political institutions. This may seem obvious to those who understand that trade is a positive sum game, and that there are exponential gains from trade as markets expand and the division of labor becomes more fine-grained. The problem is that most philosophers who write about global poverty are convinced otherwise. They think that people in wealthy countries are in some sense responsible for poverty in less developed countries, and that we therefore have an obligation to do something about it.

Many philosophers therefore think that rich countries ought to provide substantial aid to poor countries, not simply because it would be a nice, altruistic thing to do, but because it is owed as a matter of justice. Others add that because global inequalities are caused by injustice, developed countries also ought to make it easier for people to migrate there from poorer countries. Again, this is not merely a benevolent thing to do, it is claimed, but rather is owed as a matter of justice.

So, who’s right? Moller thinks that if citizens in wealthy countries did not cause poverty among citizens in other countries, we are not violating any obvious moral duties by failing to offer aid.

Moller’s main argument is that if we get rich because of good political institutions, or because we live in a culture that encourages social and scientific experimentation, we are not doing wrong to others – even if none of us can take credit for the contributions or our ancestors. When people in one country create the conditions for endogenous economic growth they do not thereby cause people in other countries to fail to do so. If anything, over the long run, one country’s success makes it more likely that other countries will follow suit.

By analogy, suppose a family in a nearby community is not doing as well as we are, and that we know exactly what resources they need to improve their prospects – cash, a new car, or extra math tutoring. It is not obvious that by failing to provide these things for them, we are morally responsible for their relative poverty. To extend the analogy, if people in our neighborhood are wealthy mainly because we have a well-functioning Neighborhood Association and a robust trading network, our relative success is not causing people in nearby neighborhoods to fare worse than we are (especially if there are limits to the newcomers a community or nation can absorb without undermining its institutions).

Someone might say: “Wait a minute. You’re ignoring the possibility that today’s rich countries got rich primarily by exploiting poor countries and stealing their resources – by keeping them down rather than making them worse off. Without such exploitation, these poor countries would now be significantly better off.” This reply is implausible for two simple reasons. First, many modern rich countries did not have colonies (or anything akin to colonies) that they could have exploited to amass their wealth. Think of Iceland, Norway, South Korea, Singapore, and Taiwan. Iceland and Singapore today have per capita GDP levels well above those of France and the U.K., the two biggest colonial powers of recent history. Second, many once poor past colonies are extremely wealthy today – Hong Kong, Singapore, and Canada are good examples.

Others might argue that the world trade agreements of the past few decades, rather than old colonial empires, are chiefly responsible for global poverty. Such people then would have to explain how several countries have managed very recently to achieve spectacular growth and reduce poverty. Examples include China, as well as several countries from the former Soviet Union and Southeast Asia. The graphic below shows the rapid decline in extreme poverty in several countries over the past two decades.

Much of the discussion surrounding global justice also ignores the fact that many of the technological and medical advances that enable people to live better and longer lives originated from developed countries. Some examples include: the light bulb, the cell phone, antibiotics, and the polio vaccine. The benefits of these advances eventually reached poorer countries as well, and enormously benefited their residents. The chart below shows the dramatic increase in life expectancy over the last century. Note that the average life expectancy of Ethiopia, one of the world’s poorest countries, is much higher than that of the U.K. at 1900. This owes largely to medicine and technology transfer from the rich world.

Modern day Ethiopia also has fewer maternal deaths during childbirth than the U.K. in 1900.

None of this is to say that we shouldn’t help people in need, especially when we have a reasonably good idea of how to do so. In recent years, many scholars and activists have looked carefully at the ways in which some kinds of charitable donations can help the world’s poorest. If giving aid to poor countries is a way to improve standards of living and make the world a better place in the long run, maybe we should do so, though we should also keep in mind that many forms of aid are counterproductive.

But we shouldn’t automatically assume that wealth disparities across the world are unjust and that the developed world owes aid as a matter of justice. This is because the best way to make sense of the Great Divergence is that certain economic and political institutions, namely those that facilitated economic growth, arose in some countries and not others. Thus perhaps the benevolent among us should also try to encourage – by example rather than force – the development of such institutions in places where they do not exist.

PODCAST 130: Toby Young on the Free Speech Union, and His Campaign Against Cancel Culture

Jonathan Kay talks to colleague Toby Young about the fine line between journalism and activism, the politics of censorship, and his start-up year at the Free Speech Union