By passport, my grandfather is 94-years-old. Owing to the lackluster record-keeping of the former Soviet Union, however, his legal age lists him as being two years younger than he actually is. Although my father sometimes tries to cheer him by pointing out that he outlived most of his generation, it often has the opposite effect on my grandfather. Indeed, I can imagine how saddening it is when most of your friends and loved ones are no longer around.

My grandfather is also a Holocaust survivor. At his age, he is one of the few remaining Holocaust survivors. His story is unsurprisingly a harrowing and sad one. At the dawn of the Second World War, he was a young artillery officer in the Soviet Army. Because of his high marks in artillery school, he was recruited as a commander of a battery and was among the first young men to be sent to war. After two or so years of fighting the Germans, he was captured by them as a Russian prisoner of war. For the next three years, he was moved from one concentration camp to another. To say that life was difficult for a Soviet soldier in a Nazi concentration camp would be an understatement; to say that it was difficult for a Jewish Soviet soldier would be redundant. As such, my grandfather often found himself on the receiving end of a gun’s muzzle, and at one point had been beaten and left for dead by Nazi soldiers—among many such experiences. Upon his liberation by American troops, my grandfather found out that most of his family—his parents, grandparents, and his five brothers and sisters—were slaughtered by the Germans and their local Russian recruits, the Polizei.

My grandfather’s experiences have understandably taken their toll on him. He suffers from war- and genocide-trauma, and is embittered by his hatred for the fascists who murdered his family. In addition to this, having Israeli children, grandchildren, and great-grandchildren causes him to view the world from the perspective of Jewish survival.

The preceding account does no justice to my grandfather’s experiences, of which he had written thousands of pages and two self-published books (one poetry, one prose). When he talks about how he managed to survive the camps, he usually mentions two factors—calmness and quick-thinking. This, added to his giftedness for faking various ethnic dialects (from Armenian to Georgian), enabled him to blend into the ethnically- and nationally-variegated background of concentration camp prisoners of war. His recurrent advice for me is to always maintain calmness and equanimity, no matter what I’m bombarded with. Smiling in the face of the enemy, he insists, saved his life.

The Longevity of the Traumatized

Many—if not most—victims of war and genocide are victims of cold randomness; bombs and machine guns rarely distinguish the strong from the weak, the intelligent from the unintelligent, and the righteous from the unrighteous. Yet, I’ve always wondered about the combination of characteristics that might enable some, like my grandfather, to survive the most infernal of circumstances, where others might not. Are there heritable physical and psychological features that might be responsible? Does environmental influence and learning contribute? These influences are not mutually exclusive; one’s ability to learn, for example, is partly influenced by heritable factors. Nevertheless, might there be certain features that, in general, distinguish the survivors of genocide from those who perish? In posing this question, I do not mean to show insensitivity to those who had lost their lives to war or genocide. In order to prevent such tragedies, however, it is imperative that we understand their antecedent causes and consequences.

By themselves, my grandfather’s tactical evasions of death during the war and his subsequent long—and still ongoing—life are too anecdotal to count as evidence for some kind of a predispositional difference between survivors and non-survivors. According to Abraham Sagi-Schwartz of the University of Haifa and colleagues, however, my grandfather might be part of a generation of Holocaust survivors that, intriguingly and somewhat surprisingly, has a longer-than-average lifespan than other Jewish members of the same generation who had not experienced the trauma of the Holocaust.

What does this suggest? The authors posited two possible explanations: posttraumatic growth and differential mortality. Posttraumatic growth refers to the possibility that experiencing trauma and its reverberations might cause individuals to become more physically and mentally resilient. Differential mortality refers to the possibility that it is the physically and mentally fit who are more likely to survive violent trauma in the first place.

Either or both of these possibilities could be reflected in the longer-than-average lifespan of the male Holocaust survivors, but I am more convinced by the differential mortality hypothesis. Although the authors admit that there is, as yet, no evidence for a selective advantage of some physical or psychological characteristics among Holocaust survivors, the differential mortality hypothesis seems more parsimonious. Notwithstanding Nietzsche’s dictum, “what does not kill me makes me stronger,” why wouldn’t our bodies and brains evolve to unleash the same type of longevity-inducing emotional reaction (perhaps triggered by various hormonal or neuronal changes) in environments where there is no genocide? Why can’t all men and women simply live longer without having to experience some horrific trauma? Furthermore, why didn’t the female Holocaust survivors exhibit an increased lifespan relative to the women who were not in the Holocaust? Or, stated differently, why would posttraumatic growth only be experienced by men? As is obvious, the posttraumatic growth hypothesis carries too many assumptions. Although, as one study suggests, men who survived the Holocaust might indeed be better able to cope with trauma than female survivors, this finding might reflect the possibility that men who are more resilient and “problem-focused” in the first place were also more likely to survive.

There are no such difficulties with the differential survival hypothesis. First, albeit tentative, it is plausible that Jewish men (and perhaps all men who were persecuted by the Nazis for various racial, religious, or political reasons) experienced different types of selection pressures during the Holocaust than did Jewish women. At least in the camps, male prisoners were separated from and were forced to engage in different types of slave labor than female prisoners. Additionally, each sex might have taken advantage of different avenues toward survival (e.g., manual labor vs. sexual submission). The differential mortality hypothesis is dependent on a selectionist argument in which non-random survival is the key factor. If valid, it would mean that the death of female Holocaust victims was more random than the death of male Holocaust victims. Perhaps being healthy, strong, and intelligent were more likely to help a man, but not a woman, survive the Holocaust. It is hard to dispute that many healthy and intelligent women were killed simply because they were pregnant or with children—being automatically shot or sent to the gas chambers. Although the random killing of men was an everyday reality in the camps and in Nazi occupied territories, men were not exposed to this randomizing effect of motherhood.

Echoes of the Past

Assuming that health, strength, and intelligence were more likely to affect a man’s survival than a woman’s, their association with a longer lifespan still needs to be explained. Although the relationship between health and longevity seems more straightforward than intelligence and longevity, research does suggest that general intelligence is likewise associated with lower mortality. If such predispositional differences as intelligence were partly responsible for the survival of some individuals over others, it is still unknown whether these differences were inherited by the survivors’ offspring. Much has been made of the recent neo-Lamarckian findings that the acquired effects of some types of trauma and malnourishment can be passed down into subsequent generations (so-called “epigenetic inheritance”). However, we do not have to rely on this possibility, but can defer to classical Darwinian principles of genetic inheritance as a potential source of demographic change following genocide. Although I have always felt some temperamental and intellectual affinity with my grandfather, I am agnostic as to whether the characteristics that enabled him to survive the Holocaust were passed down to me. Even if some of them were, I also possess the DNA of my three other grandparents—DNA that might attenuate the effects of whatever I inherited from my grandfather.

More likely than not, the extended lifespan of men who survived the Holocaust relative to men who were not exposed to it can be explained by a combination of mutually-reinforcing factors—e.g., differential mortality due to various inherited and acquired differences in health, strength, and intelligence, perhaps some potential for posttraumatic physical and psychological growth as a result of trauma, and other factors that have yet to be uncovered. More generally, our thinking about one of the most systematic forms of genocide and torture ever perpetrated should not be divorced from ultimate questions of biology and evolution. Whether my grandfather and other Holocaust survivors can lay claim to being at the vanguard of a Jewish revival in a Darwinian sense, is still up for debate. True or false, this possibility should not be neglected by scholars due to a fear of legitimizing a eugenic interpretation of history that is, admittedly, similar to the one promulgated by the Third Reich from the perspective of the Aryan. But the intellectual failure of the Nazi regime was the lack of a realization that no one gene, individual, or race is higher up on the rungs of the ladder of the “great chain of being” than another gene, individual, or race. And, in fact, the whole notion of the great chain of being is biologically obsolete. Nevertheless, that intergroup violence has been with us since before the dawn of our bipedal ascent, and that the selective pressure of such violence has been felt by our male ancestors more so than by our female ancestors (as is suggested by the finding that humans have much fewer male than female forebears), should motivate us to examine both the long- and short-term causes and effects of genocide, from evolutionary timescales, to the span of centuries, decades, and years. A study of something as important as genocide and its prevention deserves no less.

Gregory Gorelik has a Ph.D. in Evolutionary Psychology and is currently working in behavioral research and data science. 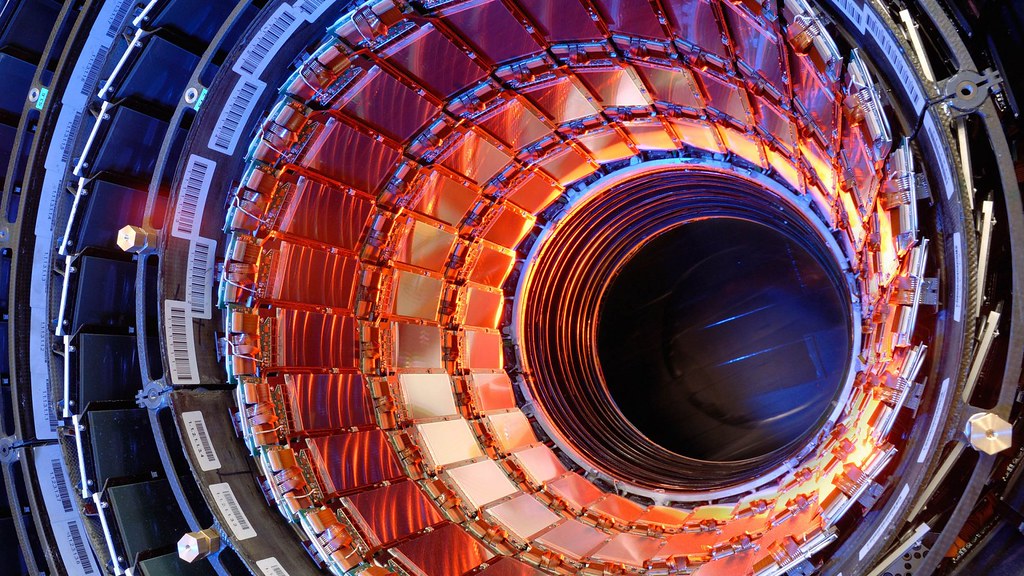