The Frankfurt School of social theory began about a century ago, in the Weimar Republic. It consisted in the main of a group of rather anti-capitalist, Marxist-light gentlemen who embraced oikophobia (the hatred or dislike of one’s own cultural home), and who were understandably disillusioned by the carnage of World War I. Our interest today is mainly historical; of its earlier members, such as Ernst Bloch, Walter Benjamin, Max Horkheimer, Herbert Marcuse, and Theodor Adorno, really only Adorno is still read with a measure of seriousness outside of academia.

The Frankfurt School popularized historicism—the belief that reflection itself is a part of history, which is to say that earlier thoughts are historically conditioned by the circumstances in which the thinkers lived, and should be seen in that light; and that what passes for “knowledge” is marred by the historical time and place in which that knowledge appeared. (This idea was present already in the second part of The Communist Manifesto.) The insights that a more positivist outlook claims to be certain, based on sensory data, historicism will consider uncertain and necessarily bound by subjective value judgments. A part of this view is the concern—and the French postmodernists will pick up this point—to identify, isolate, and thereby exorcise every sort of domination that any group might have held over any other group.

They wanted to find the particular reasons why someone in the past had thought in a particular way, reasons that were to be found mainly in external factors. Essentially, the Frankfurt School endeavored to establish a “value-free” social science, that is, the erasure of any sort of prejudice among philosophers and sociologists. Since Western civilization was monomaniacally seen as the history of dominations by various groups over one another—which meant that individual actors had to be viewed as purely nefarious oppressors—it followed quite naturally that much of the West was ready for the garbage heap. Not only were the workers and the poor oppressed by the rich, but the rich in turn were, along with everyone else, oppressed psychologically by Christian sexual mores and by the overall familial hierarchy of Western civilization. This is why, to many of the school’s members, not only smaller fixes had to be implemented here and there, but the whole edifice had to be brought down (which was itself ultimately a morally positivistic effort). With the rise of Nazism in Germany, many Frankfurt scholars moved to New York, and thereby gained a broader audience of impressionable college students.

Herbert Marcuse’s Eros and Civilization (1955) is quite a typical Frankfurt School work; let us therefore dwell upon it for a moment. Marcuse (1898-1979) feels that Western culture is inherently repressive and must be replaced. He refers to “surplus-repression” as that which goes beyond the normal inhibitions necessary for societies, but then he includes in such surplus-repression even things like the “corporealization of the ego, manifest in the frozen traits and gestures, produced at the appropriate occasions and hours…regulating the co-ordination of the individual with the whole.” His discerning reader may wonder whether it was truly those dashed industrialists who brought about norms of how one ought to behave in public. Did such things not exist in preindustrial societies, too? (Of course they did.)

That is, Marcuse’s work commits the standard error of rejecting Nietzsche’s and Freud’s entirely correct understanding that a considerable measure of repression is required for all human civilization, no matter where or when it may arise. And so Marcuse, in discarding the possible for the impossible, thereby lets the perfect be the enemy of the good, rather than its inspirer. Several errors, such as when he says in chapter two, with Marxist-Rousseauian atavism, that only in modern times has the state exercised mass control of entertainment for the sake of repression, facilitate this rejection of the West, and reveal Marcuse’s ignorance of antiquity. And it is always with antiquity that we must begin if we wish to understand modernity.

Marcuse has difficulty accepting the fact that we no longer live among the dark satanic mills of the early Industrial Revolution, since he feels the need to make up new problems instead. He says in the introduction that “intensified progress seems to be bound up with intensified unfreedom,” which is the exact opposite of the truth. In fact, repression generally decreases as civilizations age, because they move away from the most extreme patriarchal forms, and because with increased strength they have more room for maneuver and for social deviation.

If we were to travel back even just seventy or eighty years, to say nothing of two hundred years, we would find a far greater number of repressive elements (blasphemy laws, sodomy laws, prohibition of certain books and films, various sedition acts, and so forth). We are also not discussing smaller ups and downs in repression or social development in general, but larger civilizational trends from beginning to end. Marxists first thought that capitalism leaves workers destitute; once it became clear that capitalism enriches all classes, the Marxists had to change their minds and decide that these riches are actually bad since, as Marcuse says in chapter four, so much wealth and so many possessions distract people from the important things. Once one has decided, mono­maniacally, that the West is all about repression, then such sleights of hand become necessary.

In order to replace the West as it is, Marcuse finds the key in—what else?—sexual liberation. He claims, contrary to all historical evidence, that sexual liberation could absorb the human instinct for destruction (chapter six). Drawing on Freud, he also maintains, similarly, that reproduction, and hence the familial structure, is a socially enforced by-product of sexuality, whose primary function is actually the attainment of pleasure (chapter two). Here, I can only bear witness to how far philosophy has fallen from Plato’s Symposium, the text that truly understood what sex is; it is itself an expression of sexual repression to suggest that our desire for sexual pleasure is entirely unrelated to the drive toward self-replication.

At the end of chapter four, Marcuse celebrates the arts as a denunciation of repression and social reality, which again gets it backwards, for most instances: It is, on the contrary, the very decline of tradition and the decrease of repression that make the arts assume such an antagonistic role. (Compare the situation with the quite domesticated arts under the far more repressive reign of Louis XIV, for example.)

That is to say, modern arts are not rebelliously heroic, but rather spoiled elements that, through a lack of repression, are as frivolously antagonistic as they please. That in itself is fine, but it means that they do not stand against the social order at all, contrary to what their creators and Marcuse would like to believe, but are, precisely, a confirmation thereof. Modern art is what it is because society lets it, and has stopped caring about it. And so, both when it comes to sex and art, what Marcuse views as a fight against Western oppression is in fact a manifestation of Western permissiveness. Many modern oikophobes are plagued by all these errors even today.

Marcuse’s Kantianly titled A Critique of Pure Tolerance (1965), which he coauthored with others, maintains that the intolerant should not be tolerated (and it is fallible humans who must then determine what is “intolerant” and what is not); and that “correct” ideas will be repressed if all ideas are allowed a voice. The repression of free speech and of those ideas that a small elite consider inappropriate, which has often been a hallmark of the right, has thus become part of the legacy of the modern left. Consequently, hate-speech laws in Europe and Canada grow ever broader and include ever more speech in their ambit.

The problem here is of course that full freedom of speech is necessary to arrive at “correct” conclusions, because no single person, or even group of persons, can come up with infallible thoughts, and so one must open oneself up to the full plethora of existing counter ­ideas. The prepackaged opinions and talking points of political camps, both left and right, are not thought. True thought, rather, is a journey whose destination is unknown. Everything I write wills itself as a step on that journey, a journey that considers nothing too small, and nothing too great, as an object of our sightseeing, a journey where the posture of a statue or the detail in a façade make us pause and look, just as much as do the demise of armies and the rise and fall of civilizations. If you refuse to look at certain sights you come across on that journey—no matter how ugly and hateful they may appear to your imperfect being—then you will quickly get lost on the road and dizzy yourself in a labyrinth of solipsism.

One can say about the Frankfurt School what is later to be said of the French postmodernists, namely that they are mostly wrong; and that in the instances where they are right, they are really just belaboring the utterly obvious. That all human relations, both between individuals and between groups, involve power play is perfectly true. But it is even truer than the Frankfurters themselves realize: Someone like Marcuse and his ilk understood only that domination has always dominated, but not that in fact it always will dominate, which is why any effort toward utopia is pointless and will only make matters worse. Precisely because power relationships are everywhere, it is misguided to think that the Frankfurter would stand ready with an emancipatory embrace once the institutions have crumbled. And if something is obviously true and always will be, then it is a trivial truth.

Their historicism, that ideas are to be viewed as products of their socio­historical environment, has been enormously influential, but can also be dispensed with. As I and others have never tired of pointing out to historicist colleagues in academia, this charge of historical conditioning that they level at previous eras is itself a child of its time, to be levelled at those who level it at others. Criticizing the Frankfurters is thus similar to the liar’s paradox—critique of relativism as self-refuting. So if we wished to do to them what they do to others, we might say: It is not a coincidence that it was just after the horrors of World War I that German thinkers began to feel rather tepidly about the West, especially because their side lost, and to view history as group domination. Something similar could indeed be said about the French postmodernists, who first arose in the 1950s, after France had been humiliated in World War II and was also gradually losing her empire—namely, the postmodernists are sore losers.

You will not find too many postmodernists among the victorious hordes. In the twentieth century, the question of whether the West might not be such a good idea after all was a question asked first by those who drew the shortest straw. 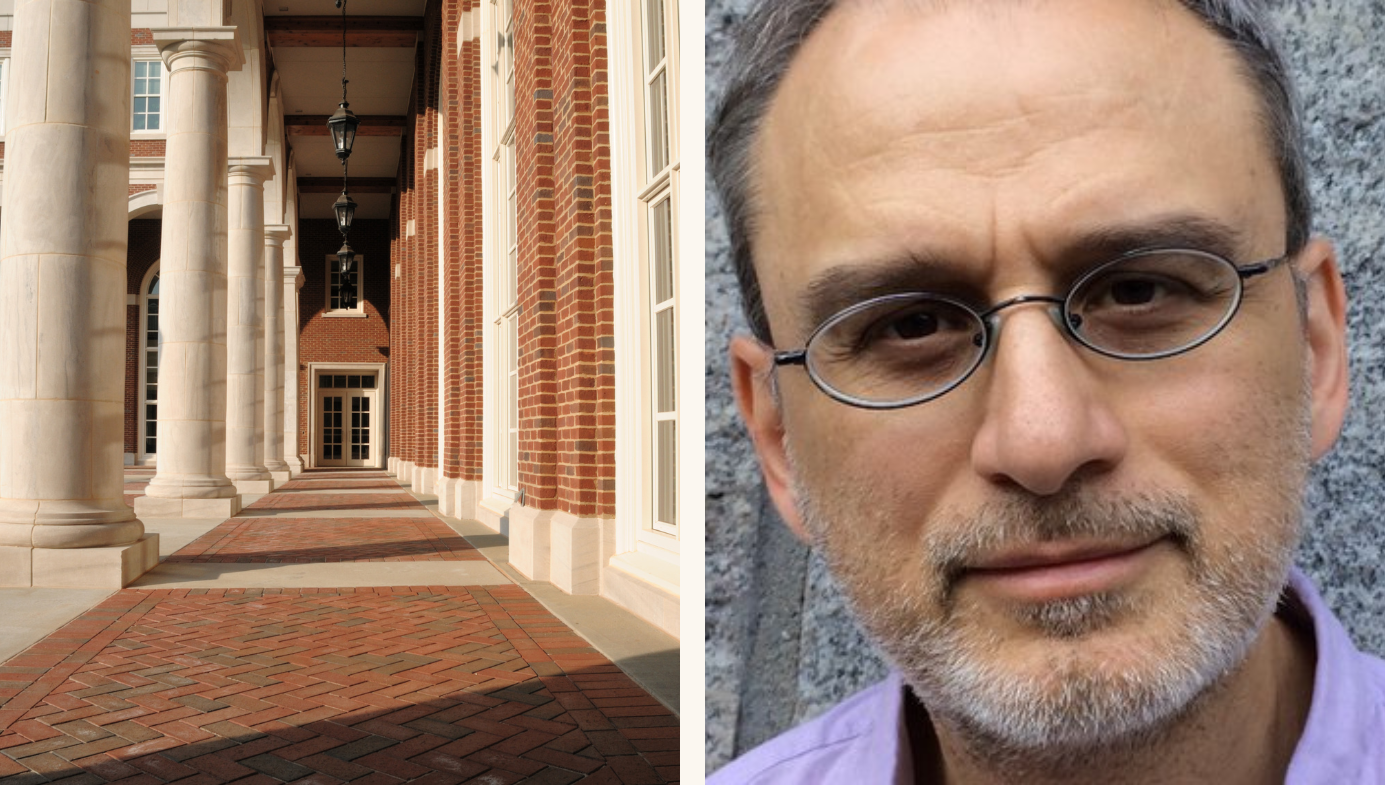 Why I Left Academia (Since You're Wondering)

I didn’t have a choice. Thousands of people are driven out of the profession each year. 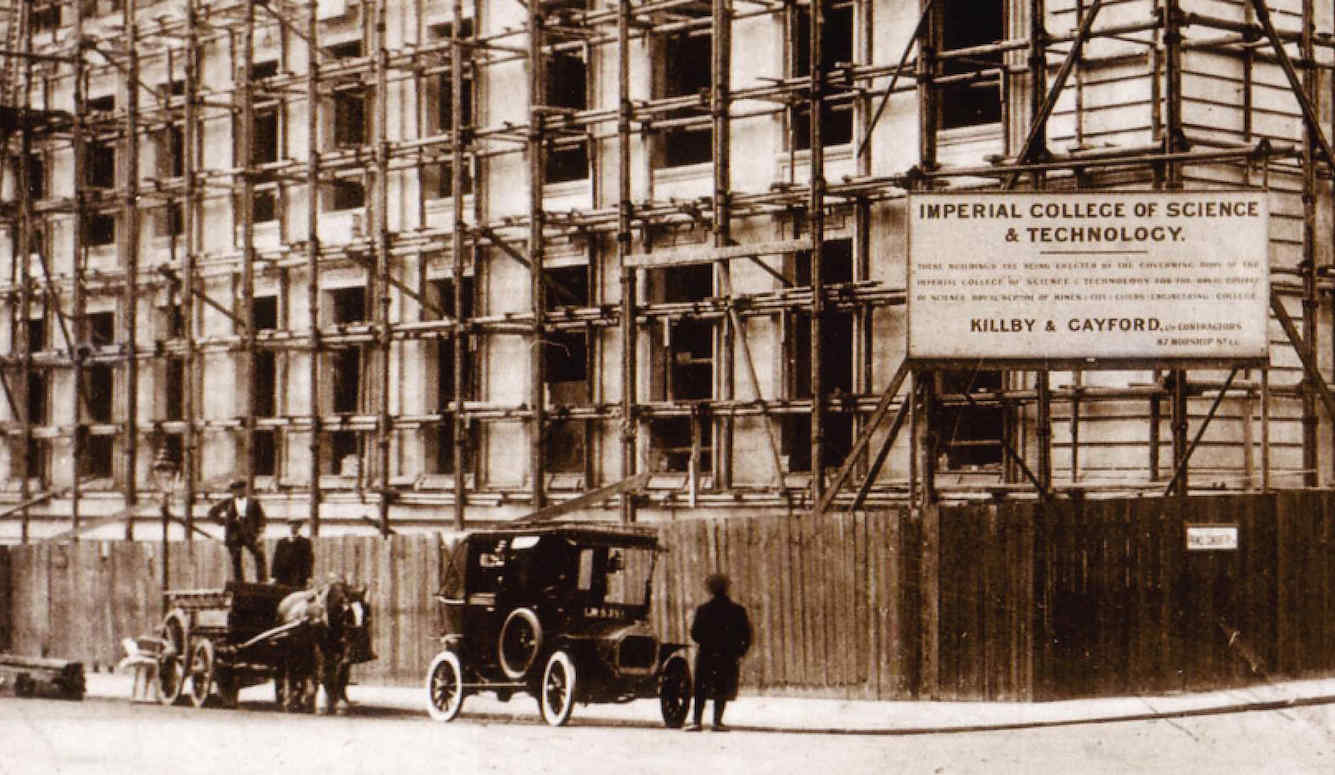