On February 2nd, I wrote an opinion piece entitled “Beware the Anti-Fascists, for they have become what they oppose,” on behalf of the UK-based Centre for Analysis of the Radical Right (CARR)—a research centre for which I served, until recently, as a policy and practitioner fellow. That article began as follows:

I am increasingly concerned at the rate at which the so-called “CVE field” [countering violent extremism] is being infiltrated by activists describing themselves as “Anti-Fascists” who advocate for committing criminal offences in furtherance of their opposition to the radical right. This has exploded since the riot that took place at the U.S. Capitol on January 6, 2021, for which a large number of criminal investigations are still ongoing. As someone who has spent more than a decade delivering and studying state responses to counter the radical right, as well as other forms of terrorism, I feel compelled to challenge the implied narrative that the only way to oppose the radical right is by emulating their tactics.

One might think that this wouldn’t be a controversial opinion. Yet it was met with an avalanche of abuse and hit pieces emanating (and apparently coordinated by) Antifa-linked social-media accounts in the United States. Despite the fact that I had written numerous articles for CARR over the last four years (17, according to the website), it was suddenly (and ludicrously) claimed that my former career as a police officer meant that my supposed “bias against antifascists” had always been lying in plain sight.

CARR, as per its website, is dedicated to “the study and countering of radical right extremism and intersecting phenomena (e.g., populism, gender, antisemitism, and Islamophobia) that aims to support a variety of mainstream groups, from government agencies to grass-roots charities, through podcasts, commentary, research reports, presentations, media interviews and commissioned work.” As a former senior counter-terrorism officer who’s served in the London Metropolitan Police Service’s Counter Terrorism Command (SO15), as well as the author of a book on state responses to right-wing extremism (based on my PhD research), I was invited to become affiliated with the group in mid-2018.

From the beginning, I was aware that I did not align politically with most of my contemporaries within CARR, as I sit squarely on the centre-Right while many of them are on the centre-Left. However, I didn’t see this as a problem because I’ll work with anyone looking to counter political violence. And I was attracted by CARR’s stated mission to become “the essential one-stop-shop for knowledge and resources on right-wing extremism.” As recently as February 4th, the group defined itself as “a pedagogical not an antifascist group. The work at CARR is not a political endeavour, with our Fellows having many different ideologies, beliefs, and perspectives. We are a broad church.”

In the most recent article I wrote for the CARR site (which has since been deleted, as explained below), I highlighted a recent interview conducted in late 2021, in which Talia Lavin (best known for losing her job after falsely accusing an Immigration and Customs Enforcement agent of having a Nazi tattoo) advocated “brass knuckling up and flattening the nose of a Proud Boy.” I simply cannot get behind this as an effective means of responding to those with whom one may justifiably, even passionately, disagree. I argued that violence begets violence, as we have seen repeatedly when street-based protest movements converge with their opponents in cities such as Portland.

As far back as 2006, Roger Eatwell framed this phenomenon as “cumulative extremism”—also known as “tit-for-tat radicalisation,” “reciprocal radicalisation,” and “an escalating spiral of tension.” Later, this came to be seen as a progressive lens through which to look at violence, as it provided a “welcome adjustment to the overwhelming focus on Islamist terrorism in the immediate post-9/11 context.” In other words: By applying an understanding of cumulative extremism, we can avoid making sweeping indictments of one group of people (in this case, Islamists) without at least considering the militant tactics employed by that group’s opponents. And in 2020, the associate director of CARR (now its acting director) wrote that cumulative extremism is something that his group “is keen to explore as part of an ongoing project examining radical right narratives and counter narratives going forward.”

Following the publication of my article, CARR published a response, authored by Portland-based writer Alexander Reid Ross, which begins with the declaration that my “piece is so noxious that it casts a pall over the Centre for Analysis of the Radical Right, which published it, and anyone associated, including myself.” This is the language of a priest excommunicating a heretic. And sure enough, in keeping with this tone, the author later asserts that he has identified “the cardinal sin of McCann’s piece: Thou shall not make false equivalences … When one attempts to balance punching a fascist with bursting into a Mosque and murdering dozens of innocent people for sport, the logical shortfalls become obvious.”

Needless to say, nowhere in my article did I draw any equivalences (false or otherwise) of this type. Rather, what I did was highlight how violence is wrong no matter the ideological motivation. Ross purports to endorse this proposition in general terms. But those who manage to get through the entirety of his article (it’s over 5,000 words—five times the length of my own modest blog post) will find that he is mainly concerned with finding loopholes for Antifa. This comes mainly in the form of defining “self-defense” in such a comically expansive way that it includes pretty much anything Ross cares to name. He also takes a No-True-Scotsman approach to explaining away acts of truly appalling and indefensible violence: If it was done by Antifa, it’s self-defense, and if it’s not self-defense, well it must not be Antifa. Naturally, he upbraids me for “conflating” different types of violence, and for failing to apply the “nuance” that he ascribes to his own position.

Putting aside the cognitive dissonance on display in Ross’s article, the underlying research seems curiously dated. A few years ago, some spoke of Antifa as just “an idea.” But since then, it has become the subject of multiple FBI investigations. And the Anti-Defamation League (hardly a right-wing organization) notes that while “most people who show up to counter or oppose white supremacist public events are peaceful demonstrators … when militant Antifa adherents show up, they can increase the chances that an event may turn violent.”

On February 5th, a group of 27 CARR members wrote an open letter to its steering committee outlining their “demands.” As Quillette readers may guess, based on their knowledge of how such controversies have played out in the past, these included the demand that, going forward, published material should be limited to that which “can withstand rigorous scrutiny” (a euphemism for “correct” opinions); that “far-right members” be prevented from joining CARR (i.e., people like me); and that “the continued inclusion of Crime Enforcement Officers as Fellows should be assessed critically.” In other words, CARR is being asked to exclude those who have served as police officers, the very people in our society who are tasked, on a day-to-day basis, with confronting the same “radical right” forces that CARR is mandated to oppose.

That same day, the Founder and Director of CARR, Professor Matthew Feldman, resigned from his position. He is someone I have a great deal of respect for, and I thank him for his steadfast defense of an environment that values a diversity of views. But all that has now changed. On February 10th, a day after CARR’s steering committee met with fellows in a meeting chaired by acting director Dr. William Allchorn, I discovered that CARR had removed my article from its website (though of course, not the response to it). My profile has also been removed from the site. I learned this from friends: No one at CARR had the courage or decency to notify me of my expulsion.

I emailed Dr. Allchorn, requesting an explanation, and he responded that a majority of fellows expressed a wish to end my fellowship and delete my post (and the CARR tweet that promoted it) with immediate effect. On February 18th, their decisions were formalized in a “CARR Reform Statement,” which declared: “We unreservedly apologise for the blog publication and to those affected in the subsequent backlash.” This is now apparently how CARR works: freedom of speech has been replaced by a system of majoritarian veto. All of this as CARR still presents itself as a “broad church.”

As a counter-terrorism professional who spent a good part of his life actually countering political violence, regardless of its ideological motivation, I daresay I’ve done more to protect the public than the CARR officials and fellows who now see fit to misrepresent my views. Their actions make a farce of the group’s claim that it promotes “pedagogical outreach” in support of “mainstream groups, from government agencies to grass-roots charities.” For if there is one thing that defines mainstream opinion, it is a revulsion toward all politically motivated violence, no matter whether such violence is engaged in by the radical Right, or by those more fashionable leftist factions that certain CARR fellows are determined to defend from criticism. And those mainstream groups have now been put on notice that what CARR seeks to produce isn’t pedagogy, but propaganda. 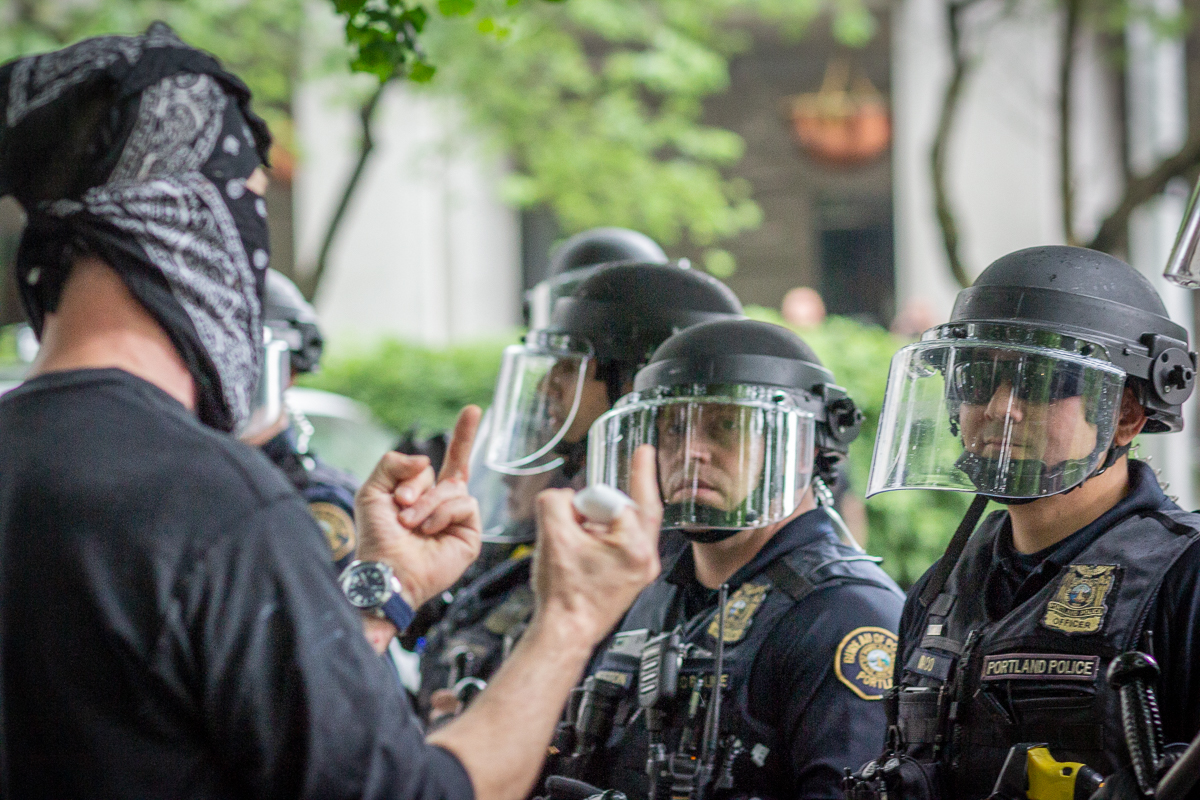 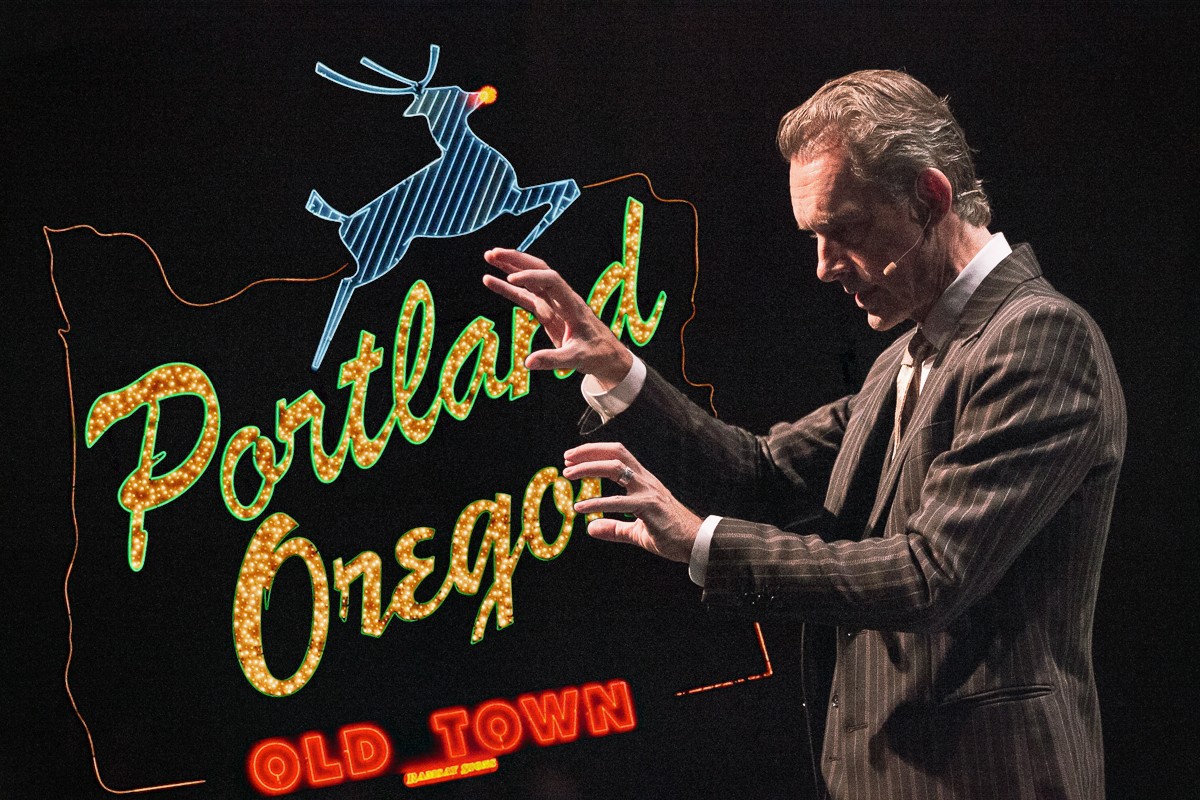