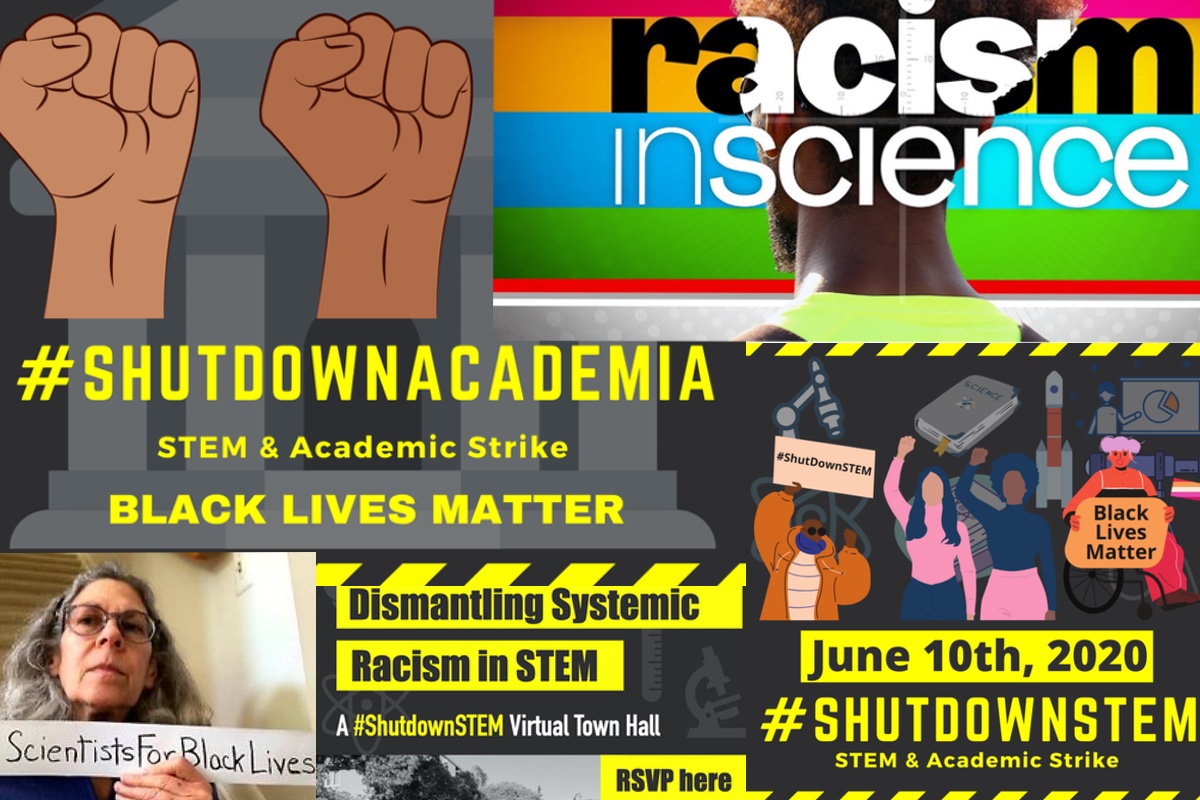 “Schœlcher n’est pas notre sauveur,” declared protestors who toppled statues on the French territory of Martinique earlier this year—“Schœlcher is not our savior.” The reference is to Victor Schœlcher, the 19th-century politician who’s long been lauded for his role in abolishing slavery in France and its colonial holdings. French President Emmanuel Macron rightly condemned the act, as did cabinet minister Annick Giradin, who denounced the destruction of monuments that embody the nation’s “collective memory.” And the mayor of Martinique’s capital warned against la tentation de réécrire l’histoire—the temptation to rewrite history.

Unfortunately, the force of that temptation has been growing stronger recently, and not just within the progressive subcultures of English-speaking countries. On June 22nd, Parisian vandals threw red paint on a statue of no less a French intellectual icon than Voltaire, whose 1763 Treatise on Tolerance, ironically, traced the history and importance of ideological and religious pluralism.

Since the killing of George Floyd in Minneapolis on May 25th, we have witnessed numerous symbolic gestures intended to address the legacy of racism. But the effects of these campaigns have had unsettling consequences. We are two tenured scientists in France who have become concerned about the injection of racial themes into all areas of policy, politics, and even science. One of us (Bikfalvi) directs a department focused on cancer biology at a university, and at the National Institute of Health and Medical Research (INSERM). The other (Kuntz) is a research director at the National Centre of Scientific Research (CNRS), focusing on plant biology. We both have spent much of our careers defending science, and the scientific method more generally, from the demands of activists who have attempted to trump established methodologies with dogma. Now, as then, it is our strong conviction that science should be kept separate from politics.

We are hardly the first scientists to announce such warnings, of course. In 1987, two Imperial College physicists wrote an article entitled “Where Science has Gone Wrong,” warning Nature readers about the growing threats, from popular culture, academics, and policy-makers alike, to “objectivity, truth and science.” The authors discussed “erroneous and harmful” ideas that presented relativistic epistemological antitheses to “the traditional and successful theses of natural philosophy.” Thirty-three years later, the problem has only gotten worse.

In his Treaty on Tolerance, Voltaire wrote of “those calamities that will open the eyes of the uninformed and touch the hearts of the humane.” We adhere to Enlightenment ideals of universalism that encompass all identities (and which contributed greatly to the abolitionist movement that Schœlcher championed). And, like millions of others around the world, we were shocked by Floyd’s murder, and by the racist reality that this “calamity” symbolized. But outrage should not undermine our capacity for reason. Dividing humanity into races is by nature a political project, whether performed in the service either of odious bigotry or of anti-racism.

The racialization of discourses, a phenomenon that has spread rapidly to other Western countries from the United States, is increasingly metastasizing into science, technology, engineering, and mathematics (STEM). The process is on display at numerous scientific institutions and journals, including the National Academy of Sciences, the National Academy of Engineering, and the National Academy of Medicine. In Science, chemist Holden Thorp declared that “the evidence of systemic racism in science permeates this nation [i.e., the United States].” In an unsigned editorial, Nature editors pledged to end (unspecified) “anti-Black practices in research.” They also declared that they lead “one of the white institutions that is responsible for bias in research and scholarship,” and that “the enterprise of science has been—and remains—complicit in systemic racism, and it must strive harder to correct those injustices and amplify marginalized voices.”

This is the language of religious confession, not scientific analysis. As scientists ourselves, we feel insulted by such blanket self-denunciations—since we are not racists, have never been racists, and have never met colleagues who, to our knowledge, acted in a racist manner.

This obviously does not mean that there are no racists working in scientific fields. But our experience suggests they are not common or prominent in modern professional communities. We also reject the use of the term “systemic racism,” a term injected by critical race theorists into the discourse, which presupposes the idea that racism is built into the structures of our working environments.

Being objective and testable, science is one of the best tools we have to shed light on the failures of our society. And so it is not only wrong, but counterproductive, to write off the entire edifice of science as rotten with prejudice. If the situation is different in the United States, and there truly are scientific sectors in which racists openly exert control (though no evidence has yet been presented to indicate this), then American scientists should correct such situations accordingly. But please do not include the rest of the scientific community through broad, unproven, ideologically motivated accusations.

The mission of science is to describe the world as accurately as possible, including in regard to racial discrimination and social issues more generally. But the racialization of discourses is detracting from our ability to perform accurate investigations, as it threatens to turn science into a subset of activism. The Proceedings of the National Academy of Sciences (PNAS) publishes a collection entitled Research in Racial and Social Justice. Few would argue against “justice” of any kind, including social justice. But defining what is and isn’t socially “just” is an inherently political project. How exactly does this accord with the National Academy of Sciences’ stated mission to provide “independent, objective” information “on matters related to science and technology”?

Some historical lessons should be kept in mind when political goals and ideological principles are injected into science. A century ago, social Darwinists and eugenicists mistakenly imagined that their doctrines would help improve society. Geneticist Hermann Müller (1890–1967) even combined his belief in eugenics with strong socialist leanings. Fortunately, geneticists such as Thomas Hunt Morgan (1866–1945), Raymond Pearl (1879–1940), and Herbert Spencer Jennings (1868–1947) staunchly criticized their theories. Science has a self-corrective mechanism embedded within it, and so social Darwinists ultimately were rejected.

Or consider the case of Trofim Lysenko (1898–1976), the Soviet agronomist and biologist who rejected Mendelian genetics because of its supposed incompatibility with communism. As a consequence of such ideologically motivated pseudoscience, many Soviet geneticists were arrested and executed, or died in prison, including the internationally respected geneticist Nikolai Vavilov. As Jan Witkowski wrote in a 2008 review of Peter Pringle’s book about Vavilov:

Lysenko promised Stalin that new strains of wheat and other crops with desirable traits could be produced within three years, much quicker than the twelve years that Vavilov required. Perhaps as importantly, Lysenko’s views of genetics were in sympathy with prevailing Marxist dogma. Experts, by virtue of their education and role, were members of the bourgeoisie and regarded with suspicion in Russia. There was a strong political movement to replace the intelligentsia with elevated peasants and other members of the proletariat, even if they were untrained and ill-fitted to their new posts. Lysenko was one such example. Vavilov, by contrast, was an educated, well-travelled businessman’s son who was thought to be susceptible to foreign influences.

These are extreme examples, of course. But they serve to demonstrate what can happen when science is guided by politics or ideology.

In closing, we wish to come back to the situation in our own country. The French Republic is, in principle, “one and indivisible,” guided by a universalistic philosophy that is incompatible with identity politics. Unfortunately, humanities departments at some universities and public research organizations have come under the sway of recent ideological trends in English-speaking countries, especially in the areas of race, gender, and anti-colonialism. Last year, a founder of critical race theory, Kimberlé Williams Crenshaw, was invited to Sorbonne University in Paris, along with additional theorists such as Nira Yuval-Davis of the University of East London, and Kalpana Wilson, a Geography professor at Birkbeck College, University of London (and a self-described Marxist), to promote the “intersectional” idea that mainstream society is waging permanent war on anyone who isn’t male or white (though this is an interpretation that Crenshaw has recently tried to dispute). In fact, scholars have been trying to import critical race theory into the French academy for many years.

In line with this new emphasis on ideological orthodoxy, activist groups recently managed to shut some speakers down, such as the philosopher Sylviane Agacinski (wife of former socialist prime minister Lionel Jospin), who was scheduled to speak to a 2019 conference about the risks of medically-assisted reproduction techniques. In this case, fortunately, the university and its academics criticized the cancelation, and thereby reaffirmed their support of Enlightenment values and free speech. And there remain a number of influential voices in France that oppose the encroachment of identity politics, including the philosopher Élisabeth Badinter, writer Caroline Fourest, former socialist prime minister Manuel Valls, and philosopher Régis Debray. But it is open to question how long these voices will remain heard, as the whole fabric of identity politics is bound up with the idea that there is only one “correct” way of thinking and speaking.

We are sorry if our heterodox views serve to disappoint friends and colleagues in the United States and elsewhere. But we retain the belief that, in supposedly pluralistic societies, everyone is entitled to their own opinions. We urge other scientists not to follow the American example, and to resist the campaign to racialize science. While we admire many aspects of American culture, we reject its cultural imperialism—including the new form of ostensibly progressive cultural imperialism that serves to impose America’s own obsessive race tribalism on the rest of the world.

Our European experience provides no shortage of cautionary tales—including Renaissance Florence under the influence of Dominican friar Girolamo Savonarola, who imposed a regime of religious purity in the 1490s. Such was his sway that no less an artist than Sandro Botticelli was induced to burn his creations and give up painting. In all eras, the demands of ideological purity serve to suppress the pursuit of art and reason. Standing up to puritans is necessary if we are to protect the telos and soul of science.

Andreas Bikfalvi is a scientist conducting biomedical research in cancer and vascular biology. He heads a research laboratory at the University of Bordeaux and the French National Institute of Health and Medical Research.

Marcel Kuntz is a research director at the National Centre for Scientific Research in Grenoble, France. The views expressed in this article represent the authors’ personal opinions, not those of any institution with which they are affiliated. This article is adapted from declined editorial submissions to Science and Nature.

PODCAST 118: Novelist Lionel Shriver talks to Toby Young about intellectual conformity, being a lockdown sceptic and her new book