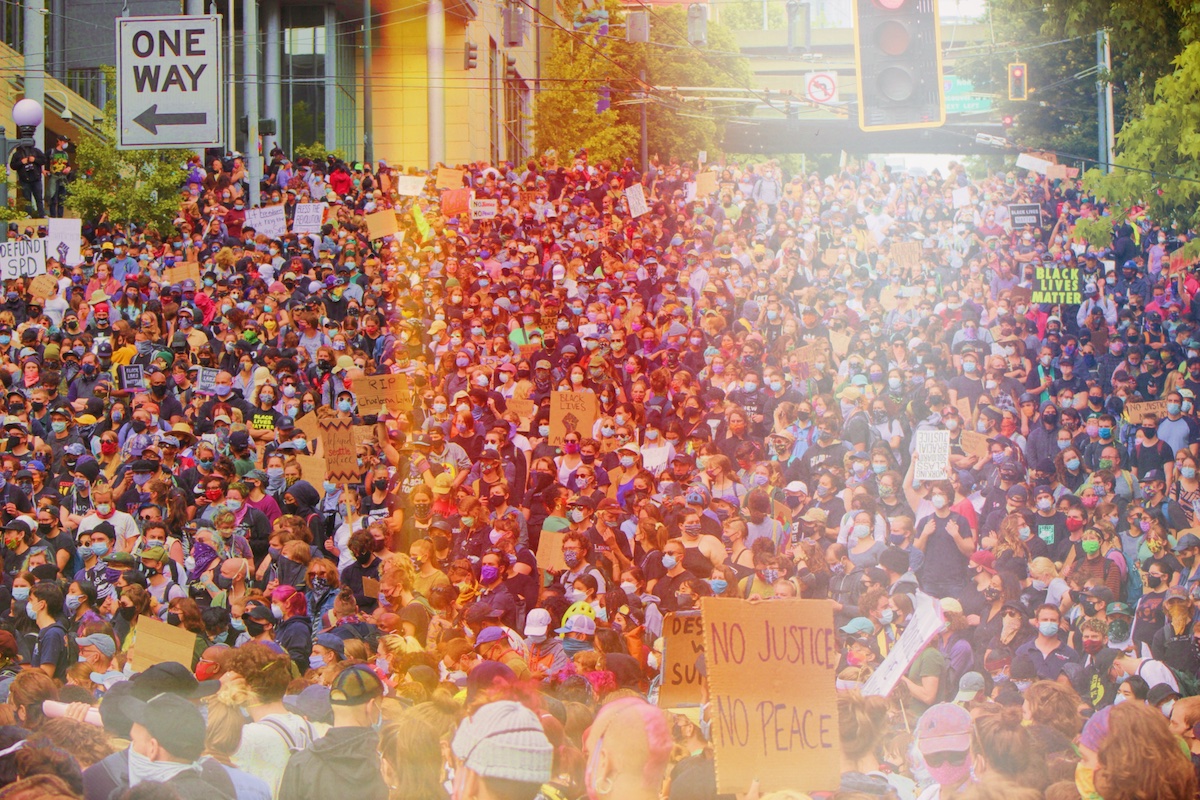 It is 19 times more difficult to transmit the virus outdoors.

There are no known cases of re-infection.

More than 98 percent of all deaths from the disease have occurred in people over 44.

The more vulnerable you are, the lower the viral load necessary, the more likely you are to catch the disease.

In a sick family, the youngest member will usually contract the disease last.

You should know it doesn’t spread easily on surfaces, so wearing a mask is more important than washing your hands. It lingers in the air. If people are singing in an enclosed room, six feet distance is not nearly enough space.

You should know if you don’t take the disease seriously you could be responsible for someone dying. Unless you are protesting racism.

You should know you are either anti-racist or racist.

You can choose to be anti-racist but free will is a myth.

Almost nobody thinks they are racist and the virus doesn’t care.

You should know that the United States was built on the backs of slaves; the average white family in Minneapolis makes more than double the average black family.

You should listen, and then you should apologize.

By listen, I mean you should change your way of thinking.

Slogans are not statements of fact.

When I moved to New Orleans, someone painted SCUM on the front of my house. It was near Halloween and I thought it was kids being wild. I didn’t think they meant The Valerie Solanas manifesto.

A couple months later, someone spray painted “rapist” on my car.

It’s better to be inconsistent than a hypocrite. But in practice, there’s not much difference.

You should know that you can self-identify, but it is not a choice. The gender you say you are is the gender you are. If you are wrong about your gender, it’s a difficult conversation.

We should talk about things, but I’m not sure what. We should listen, to people.

A homicide detective told me he wasn’t feeling it anymore. He said all the anger and the hate, it gets inside you. It slows you down.

His best friend posted, “Abolish the police” on her Facebook page. “We should talk about it,” he said.

My friend’s grandmother died. She doesn’t know if it was the disease. She says it doesn’t matter. Her grandmother, who raised my friend, wrote her a note that her aunt delivered after she died. It said, “I hope you have memories of happy times we were blessed to experience together.”

“All I care about is my family,” the officer told me. “I don’t care about anything else.”

You should know this is a dangerous time in New Orleans. Hurricanes are bearing down. When I left my house, the rear window had been smashed out of my car. I wondered if it was the same people who spray painted the car and vandalized my house. I could feel it in my blood, the anger, like a slow-moving liquid, or an engine seizing.

You should know it’s not quite safe outside. The pictures we are shown on the news are being shown to us for a reason. But what’s the reason? It’s an agenda. What’s an agenda? The news is an agenda. We can’t keep meeting like this.

My friend’s mother is a racist. She says things my friend can barely understand. We say things people 25 years younger than us can’t understand.

I have Multiple Sclerosis. A couple of months ago my arm began to hurt whenever I would bike ride or go for a walk or try to lift something. I thought I would ignore it and then I went to the doctor. He thought it was a herniated disc. Then they did an MRI. “I’m surprised you’re not in more pain,” he said. Then he said, “I don’t want to worry you.” Then he told me my spinal column was dangerously narrow. Maybe I would need surgery. It’s hard to say. “If the pain gets worse you must talk to a neurosurgeon right away,” he said.

You should wash your hands. You should stay home, unless you’re protesting racism. You should listen. You should know that the subway is not safe, the elevator is not safe. Movie theaters are safe though, as are airplanes. Beware of small rooms with low ceilings. Beware of high ceilings with poor air circulation. Beware of strangers. If you have a partner, that’s great; you can quarantine together. If you pay a sex worker, decide which one and stick with that person but know that you are engaging in unsafe behavior.

Stephen Elliott is the author of eight books including The Adderall Diaries. Follow him on Twitter at @S___Elliott.