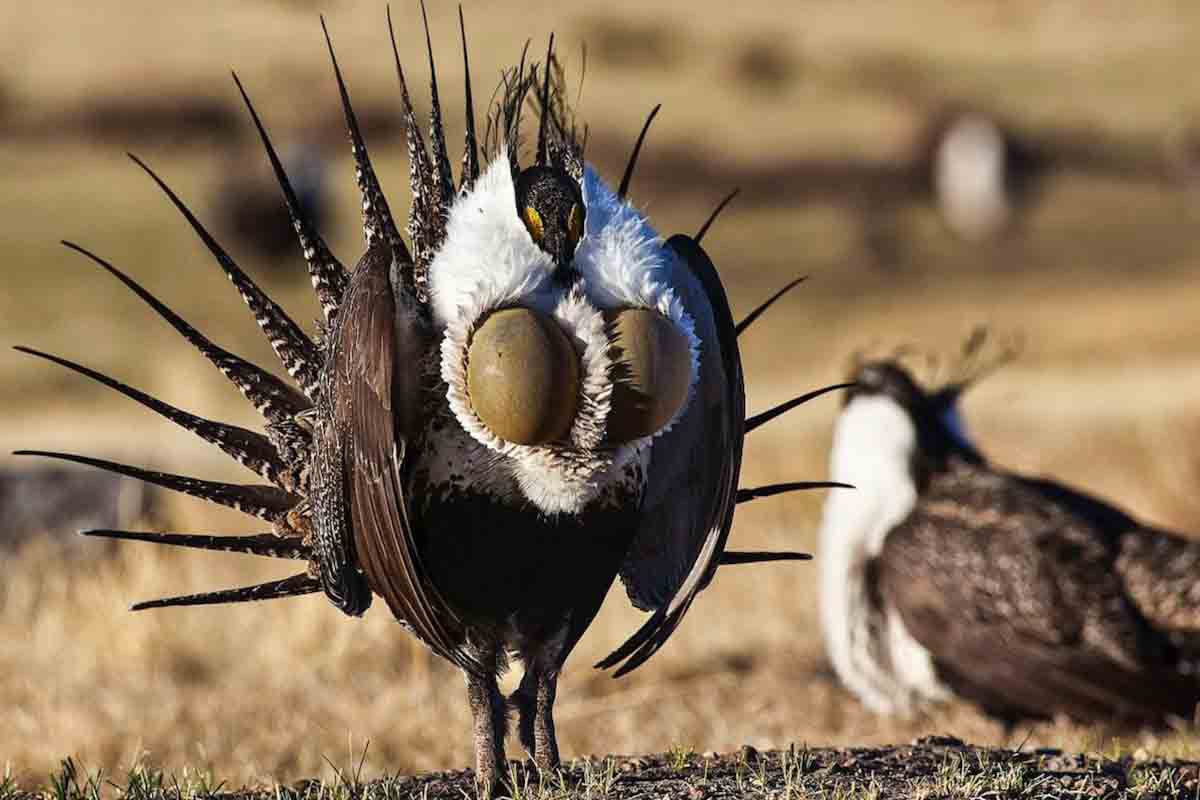 And those guys over there, in that political tribe we don’t like—they especially virtue signal. (Just as they believe that we do.)

Let’s not pretend otherwise. We are humans, and humans love to show off our moral virtues, ethical principles, religious convictions, political attitudes and lifestyle choices to other humans. We have virtue signaled ever since prehistoric big-game hunters shared meat with the hungry folks in their clan, or cared for kids who weren’t their own. Our descendants will continue to virtue signal to each other in Mars colonies, and on spaceships heading for other star systems. As humans colonize the galaxy, virtue signaling will colonize the galaxy.

I was a precociously political kid. My parents talked a lot about politics around the dinner table. My dad was a lawyer who’d studied the classics of Western Civilization at Columbia University (where I also went). He was fascinated by military history, and by the ideological conflict between communism and capitalism. My mom ran the local League of Women Voters while her two kids were off at school—she moderated local political debates, promoted voter registration, and published objective information about issues and candidates.

Both of my parents were pragmatic, anti-partisan centrists. They embodied the best of the middle-class civic virtues. They often cancelled out each other’s votes in elections, but they took for granted that every American has a duty to vote, in every election, in an informed and rational way. Political issues were things to research and discuss, and to act upon through local committee work—rather than things to signal about in public.

My parents didn’t have political bumper stickers on their car. They didn’t get into political debates around the Thanksgiving dinner table with my mom’s eleven brothers and sisters (whose views spanned a wide spectrum). They didn’t have social media. Instead, they quietly helped to change zoning laws, restore local landmarks, and pass bond issues. Despite their differing views on many issues, they co-operated effectively on shared interests, discussing values, realities, strategies and tactics in ways that my brother and I could witness. In many ways, they were the ideal role models for how to be effective, principled citizens without virtue signaling about their political ideas.

At grad school at Stanford, I learned more about the psychology of virtue signaling from various women I was dating. After I got converted to evolutionary psychology, I realized that being a shameless Darwinian was a social and sexual handicap. I dated a few women doing their PhDs in various fields, from sociolinguistics to German studies to evolutionary genetics. I attended women’s-rights rallies with them, but that counted for nothing—given my Darwinism. I wrote letters to local papers against the War on Drugs, and got in trouble with my head of department for it, but that counted for nothing—given that my libertarianism often was confused with reactionary conservativism. I collaborated with a female professor on research about “Social Dominance Orientation” and its relationship to conservative ideologies, but that counted for nothing—given that I believed the roots of dominance were more biological than cultural.

In each case, these brilliant and otherwise open-minded individuals showed a visceral disgust at evolutionary reasoning applied in any way to the study of human nature. They assumed that evolutionary psychology was morally equivalent to Nazi eugenics. I learned that if I didn’t signal my defense of the “Blank Slate” doctrine about human nature (i.e., that all minds are blank slates, completely formed by the environment), nothing else that I did politically counted for anything. If I wasn’t virtue signaling that I was in the right partisan tribe, I was assumed to be in the wrong tribe.

Ever since grad school, I’ve been fascinated by moral hypocrisy as a hallmark of virtue signaling. People say they believe passionately in issue X, but they don’t bother to do anything real to support X. That kind of behavior seemed highly diagnostic of hypocritical signaling, and hypocritical signaling is bad, because hypocrisy is always bad. Case closed.

Or was it? My understanding of virtue signaling got a lot more complicated when I learned more about signaling theory. In grad school I’d studied sexual selection through mate choice, and the “sexual ornaments” and “fitness indicators” that evolve to signal a potential mate’s good genes, good health and good brains. Fitness signaling is central to animal behavior. But there’s a lot more to signaling than sexual ornaments.

In 1996, I started work as a researcher at the Centre for Economic Learning and Social Evolution, in the economics department at University College London. It was an evolutionary game-theory center, led by Ken Binmore. I had a crash course in game theory, including signaling theory. I learned about Thorstein Veblen’s view of conspicuous consumption as wealth signaling, and Michael Spence’s view of educational credentials as intelligence signaling, and Amotz Zahavi’s view of animal displays as fitness signaling. I got the intellectual tools to think in a more nuanced way about virtue signaling.

On the one hand, there’s what economists call “cheap talk”: signals that are cheap, quick and easy to fake, and that aren’t accurate cues of underlying traits or values. When partisans on social media talk about political virtue signaling by the other side, they’re usually referring to this sort of cheap talk. Virtue signaling as cheap talk includes bumper stickers, yard signs, social media posts and dating app profiles. The main pressure that keeps cheap talk honest is social: the costs of stigma and ostracism by people who don’t agree with your signal. Wearing a “Make America Great Again” hat doesn’t cost much money, but it can cost you friendships.

On the other hand, there’s virtue signaling that’s costly, long-term, and hard to fake, and that can serve as a reliable indicator of underlying traits and values. This can include volunteering for months on political campaigns, making large, verifiable donations to causes, or giving up a lucrative medical practice to work for Doctors Without Borders in Haiti or New Guinea. The key to reliable virtue signals is that you simply couldn’t stand to exhibit them, over the long term, if you didn’t genuinely care about the cause.

When I was writing The Mating Mind: How Sexual Choice Shaped the Evolution of Human Nature in the late 1990s, while working at the game-theory center as my day job, I thought a lot about the difference between cheap talk and reliable virtue-signaling in human courtship and relationships. I was trying my best to adapt to fatherhood, with a toddler, and to step-fatherhood, helping to raise a teenager. I realized that good parenting—patience, safety-mindedness, playfulness, creativity and cheerfulness despite sleep deprivation—is a cardinal virtue that we try to display to our long-term sexual partners. I was renovating our house, growing our garden, and building backyard play structures for our daughter—all hard-to-fake ways to signal resourcefulness, stoicism and altruism. I was working hard to organize conferences and collaborations with colleagues even more socially awkward than me—which required social virtues of perspective-taking and open- mindedness. Everywhere I looked, I started to see virtue signals that were rarely political, but often reliable.

As I got involved in the Effective Altruism movement in the last four years, I learned a lot more about the benefits of reliable virtue signaling. I met young people who were giving away 70% of their income, to support charities fighting against malaria in Africa. Each of them was saving several lives a year. I met computer scientists who had given up promising careers at tech companies to work for think tanks focused on the risks of Artificial General Intelligence, just because they cared about the future of humanity. And there were so many vegans. They weren’t noisy, self-righteous vegans. They were deeply ethical vegans, who weren’t disgusted by meat, and didn’t mind eating leftover beef entrées on airplanes (that would be thrown out anyway), but who worked hard, day in and day out, to reduce demand for factory-farmed animal products. I fell in love with an Effective Altruist who became my moral role model in many ways, and who had the same visceral distaste for cheap-talk virtue signaling that I did. She didn’t mind that I ate beef myself—as long as I stopped eating chicken (too much suffering per pound of meat, compared to cows), and donated enough money to Vegan Outreach every year to convert at least ten other people to veganism. (That’s called “offsetting,” and people obsessed with cheap-talk signaling can’t understand that it doesn’t rationally matter who becomes vegan, as long as more people do.)

The best, because virtue signaling is the best foundation for human morality toward strangers that we could reasonably expect from a process as blind and heartless as genetic evolution.

But evolution has a very hard time shaping moral adaptations for being kind to strangers, much less thinking in any rational, ethical, long-term way about global sentient well-being. In The Mating Mind, I argued that sexual selection and social selection for virtue signaling is probably the only way that humans could have evolved any interest in people beyond their family, their clan and their trading network—or in any animals outside their species. Without the evolution of virtue signaling over the last few hundreds of thousands of years, humans probably wouldn’t be able to co-ordinate themselves into any groups larger than a few dozen people, much less civilizations of millions. Without virtue signaling, we’d never have seen the end of slavery, animal torture, cruel and unusual punishment, or any of the other outrages that Steven Pinker analyzed in The Better Angels of our Nature.

Yet, virtue signaling can also be the worst of human instincts. It drives most of partisan politics, especially on social media. It drives the demands to censor, fire, cancel and ostracize people who express the wrong opinions. It drives moral panics about satanic ritual abuse, “rape culture” and “porn addiction.” It drives white nationalists to run over protesters. It drives antifa to beat up journalists. It drives social-justice warriors to take over media, academia and corporate life, and to impose their ideology of “diversity, equity and inclusion” on everyone through enforced conformity of thought, inequity in hiring and promotions, and exclusion of heterodox thinkers from any positions of power or influence.

Some of this is cheap talk, but some of it is reliable signaling. What distinguishes good virtue signaling from bad virtue signaling isn’t just the reliability of the signal. It’s the actual real-world effects on sentient beings, societies and civilizations. When the instincts to virtue signal are combined with curiosity about science, open-mindedness about values and viewpoints, rationality about priorities and policies, and strategic savvy about ways and means, then wonderful things can happen. These more enlightened forms of virtue signaling have sparked the Protestant Reformation, American Revolution, abolitionist movement, anti-vivisection movement, women’s suffrage movement, free speech movement, and Effective Altruism movement. But when the instincts to virtue signal are not combined with curiosity, open-mindedness, rationality and strategic savvy—that’s when you get Robespierre’s Reign of Terror, Stalin’s Holodomor, Hitler’s Holocaust, Mao’s Cultural Revolution…and Twitter.