I learned about Debra through reading her LA Times op-ed on the futility of gender neutral parenting. I got in touch with Debra because I wanted to learn more about her field of sex neuroscience, her own research and her thoughts on studying sex differences in the brain.

Because the study of sex and sex differences is often fraught with political roadblocks, I also wanted to get a picture of how a neuroscientist-sex researcher approaches some of these contentious issues.

Hi Debra, thanks for chatting to Quillette. Can you briefly tell us who you are — where you studied, who was your supervisor and what made you interested in neuroscience, in particular sex neuroscience? 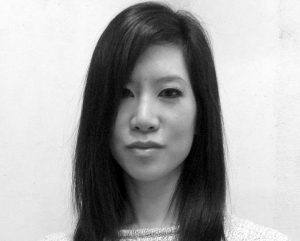 I am a sex researcher at York University in Toronto and I write about the science of sex for several media outlets, including Playboy. For my PhD, which I just defended, I worked with Dr. Keith Schneider, who has pioneered new methods in high-resolution fMRI and is the Director of the University of Delaware’s Center for Biomedical and Brain Imaging, and Dr. James Cantor at the University of Toronto, who is a world expert in the brain imaging of pedophilia.

I remember opening up a textbook during my first neuroscience course as an undergraduate student, seeing images from an fMRI study, and thinking it was incredible. I decided to pursue neuroscience in grad school and had the opportunity to do a placement in sexology as part of my Master’s degree. That’s how I got hooked! And I haven’t looked back.

Tell us more about your specific research area — what do neuroscientists look at when looking at paraphilias?

We’re trying to understand, from a biological perspective, why people are into what they’re into sexually. Neuroscientists will look at the structure and function of the brain to see if there are differences between people with paraphilias and those without.

Paraphilias were once thought to be learned behaviours, but more recent research suggests there may be a neurological component to them; that to some extent, they are hard-wired in the brain and immutable. This completely changes our understanding of how and why they come to be.

Which paraphilias or sexual behaviours are the most interesting to neuroscientists?

They’re all really interesting — I’ve heard of pretty much everything out there! And brain imaging has done a lot to help us understand basic human sexuality, sexual orientation, and sexual arousal.

How do you define excessive? Is it when it interferes with work, relationships or causes personal distress? Or is there another definition that is out there?

Yes, that’s it exactly. “Excessive” sexual behaviours are defined as behaviours that cause an individual distress, impairment in their day-to-day functioning, and/or harm to themselves or their partners. Hypersexuality isn’t recognized as a diagnosis in the DSM-5 (psychiatry’s “Bible”), and so those are the criteria we usually use when defining it.

What are some common misperceptions that the public have about your research?

I think some people may not understand the value of human sexuality research, or it makes them uncomfortable. In this case, I will usually ask the person why we wouldn’t want to understand something so fundamental to our being, and why it should be taboo or considered off-limits.

By understanding “typical” sexuality, we are better able to understand atypical interests and behaviours, and vice versa.

If I studied birds, no one would have any reservations asking me about my work or talking about it in a public place. I don’t think it should be any different when it comes to discussing sex, especially when it’s in the context of scientific research.

You recently wrote an op-ed for the LA Times called the Futility of Gender Neutral Parenting, where you touched on the science of sex differences and which resonated with a lot of readers. I also noticed that the Journal of Neuroscience Research just came out with a special edition devoted entirely to the topic of sex differences in the brain. Do you think that this research is important? And what do you think of the terms “neurosexist” and “neurotrash” which are sometimes used to describe such research?

I think the subtitle of the special edition says it all: Acknowledging sex differences in neuroscience is “An Issue Whose Time Has Come.” The topic of sex differences in the brain is extremely important, as is the corresponding research, because they have important implications for our health and wellbeing. The denial of these differences, and thereby science, is harmful and damaging.

Part of the problem is that those touting the “there are no sex differences” point of view are shouting the loudest. As I wrote in my op-ed, the no-sex differences crowd were very encouraged by a recent study which found that you can’t tell male and female brains apart. This study got a lot of press and a lot of exposure. But a team of researchers re-analyzed the exact same brain data from that study — and they were able to tell those brains apart 69-77% of the time. Another study used higher-resolution neuroimaging data and was able to tell with 93% accuracy. But these studies didn’t receive the amount of publicity the first study did.

There is a large and longstanding body of research — thousands of studies — showing the effects of prenatal testosterone on masculinizing the brain, not to mention all of the other ways research has shown that men and women differ: brain structure, cognitive function, functional activation, personality, etc.

Sex differences have nothing to do with gender equality. I understand where people are coming from in that they fear these differences will be used to justify female oppression. But instead of distorting science, we should be challenging why female-typical traits are seen as inferior and undesirable in the first place.

You’ve stated before that talking about sex differences doesn’t make one sexist. I agree. Do you think that the fear of “neurosexism” is slowly going out of fashion, or is it still a prevalent concern within neuroscience?

It’s still a concern. And it’s a concern because this is a case of a political agenda attempting to silence legitimate science. I think it’s important that we speak up against it.

It’s become controversial to talk about biology. People think you’re sexist if you agree that there are biological sex differences. We should never be afraid to speak the truth about facts or science, but that’s the direction we’re heading in.

Are there other political roadblocks that obstruct your research? For example, is funding hard to come by? Do religious conservatives obstruct research into paraphilias in any way?

It can be difficult to obtain funding for sex research due to the political roadblocks you mentioned, but I’ve been lucky being in Canada. The political climate here is much more conducive to the kind of work I’ve been doing.

Finally, what advice would you give to young people who are thinking about having a career in neuroscience and sex neuroscience in particular?

Get a strong background in research methods and sexology. Needless to say, neuroscience is a burgeoning field. In the ten years that I’ve been doing this work, I’ve seen huge strides forward, which are both exciting and inspiring.

As for sex research, I would say definitely do it, and don’t listen to people who may try to dissuade you. Our work, by nature, is controversial and political and everyone has an opinion about it, whether it’s based in fact or subjective opinion. Surround yourself with people who are supportive of what you do.

Sex research is unfairly stigmatized. I have had many people say to me, once they’ve found out what I do, that they would have loved to study sex in university, but the topic was too taboo. This is unfortunate — sexology deserves respect as a science, and my colleagues are doing amazing work.

Thanks for joining us Debra! Where can we find your writing?

I write a weekly sex science column for Playboy called Hard Science (which is safe for work). It comes out every Wednesday. One of my recent columns was about the scientific reasons why sex addiction is not recognised as a medical disorder.

I also write for several other media outlets, including Scientific American and the Globe and Mail, and I tweet the links to my pieces as they come out. If readers are interested in following my work, they can find me @debra_soh.

Claire Lehmann is the editor of Quillette. You can email her at claire@quillette.com or follow her on Twitter @clairlemon.