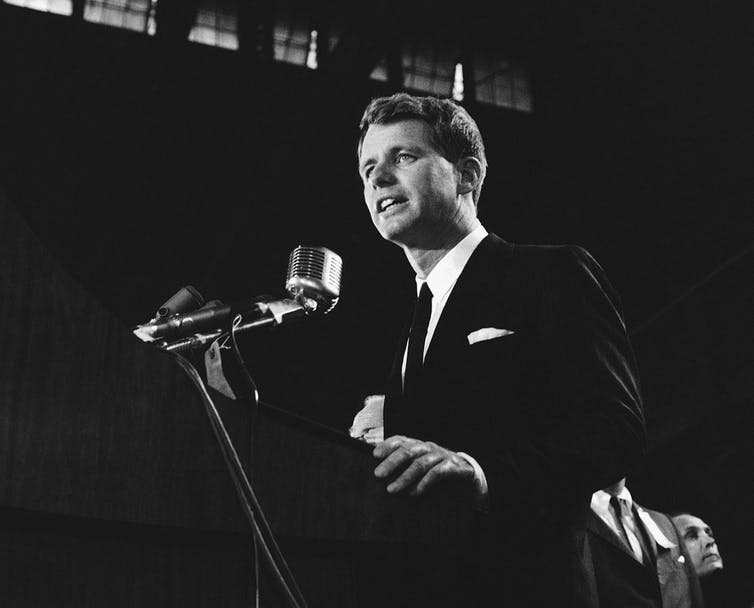 There is something about middle children, especially in large families. They often struggle to define themselves. Robert Francis Kennedy was the ultimate middle child. Until shortly before his untimely death 50 years ago, he was still embarked on that struggle of self-determination. Kennedy’s early career included working as a