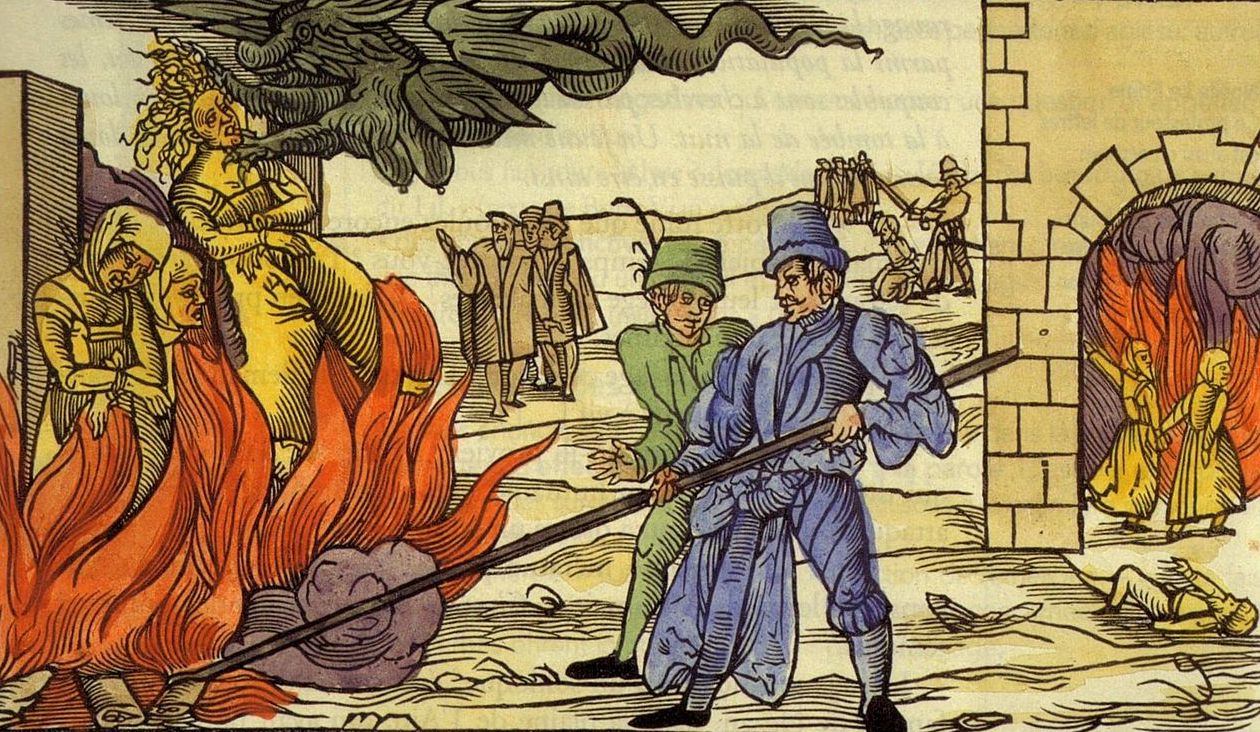 I’m an attorney representing a professor at the University of Central Florida who is being subjected by the university to what can only be called an inquisition after expressing opinions on Twitter that led to widespread calls for his firing. UCF is a public institution—an instrument of the state—and is now bringing its full power to bear against a man who dared to question the prevailing orthodoxy that has quickly descended over so many of this country’s institutions. I cannot bear witness to what the university is doing to this man without speaking out against it. If we do not challenge this egregious abuse of power, things will only get worse.

Professor Charles Negy is a wonderfully eccentric man, someone who teaches extraordinarily controversial subjects—Cross-Cultural Psychology and Sexual Behavior—with bluntness and humor. He is exactly the kind of professor you want in college: someone who is passionate about his subject, who will challenge your deeply-held assumptions, and who encourages free and open discussion in the classroom. Negy’s bluntness has occasionally ruffled feathers over the years, but throughout his 22-year career at UCF he has received consistently superior performance reviews. For the past four years, for example, he has received an evaluation rating of “Outstanding” for his instruction and advising. 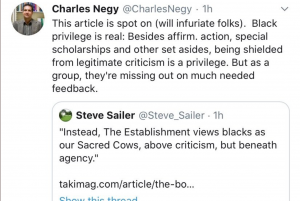 Immediately, #UCFfirehim began trending on Twitter and people began to protest both on UCF’s campus and outside Negy’s home.

UCF president Alexander Cartwright understood, but was clearly disappointed, that the university could not fire Negy for his constitutionally protected tweets, telling the Orlando Sentinel: “The Constitution restricts our ability to fire him or any other University employee for expressing personal opinions about matters of public concern. This is the law.”

So Cartwright chose a different strategy: He publicly announced a witch hunt into Negy’s classroom speech. A June 4th message posted to UCF’s website from the president, provost, and chief diversity officer addressed the content of Negy’s tweets directly and then stated: “If any student, current or former, believes they may have experienced abusive or discriminatory behavior by any faculty or staff member, we want to know about it. UCF takes every report seriously. Concerns can be reported to UCF’s IntegrityLine, which also takes anonymous complaints.” (Emphasis added).

UCF’s clarion call worked. Since June 4th, a litany (we don’t know the exact number, because they won’t say) of complaints has been lodged against Negy for his classroom pedagogy, for speech that allegedly occurred over a 15-year period from 2005 to 2020. The university charged Negy with discriminatory harassment on the basis of race, ethnicity, national origin, sexual orientation, religion, sex, gender identity/expression, and disability—it is worth noting here that Negy himself is both an ethnic and sexual minority—while providing him with only a handful of “examples” of his alleged wrongdoing. Negy begged for more information prior to his investigative interview so that he might prepare to defend himself, but UCF refused.

Instead, last Friday the university subjected Negy to an “investigative interview” that was one of the most Kafkaesque things I have seen in my 15 years advising students and faculty about campus disciplinary matters. For four straight hours, UCF’s investigator grilled Negy about accusations stemming directly from his classroom pedagogy, having made no effort to weed out the countless accusations that were obviously just critiques of his choice of teaching material. UCF also made no effort to consolidate allegations, repeatedly asking Negy variations of the same question, ad infinitum. And again, virtually all of these questions related directly to Negy’s pedagogy, which deals with unavoidably controversial subjects. When Negy, physically and emotionally exhausted after four hours of interrogation, asked if the interview was almost over, we learned that the investigator had not even gotten halfway through her list of accusations. Since he could take no more, another five-hour inquisition was scheduled for the following week.

This investigation was obviously undertaken in retaliation for Negy’s protected tweets, and it is serving its purpose: How many professors are going to be willing to speak out if the result is a nine-hour inquisition followed by an almost inevitable punishment? How many professors will be willing to teach necessary but controversial material if they know they might be called upon, 15 years later, to defend every statement they made in the course of teaching that material?

The university has made it abundantly clear that it does not care about Professor Negy’s free speech and due process rights. This investigation is a means to an end—to get rid of a professor whose protected expressions of opinion have made him politically inconvenient. Cases like this are canaries in the coal mine: if a public university—a government agency—can treat someone this way for deviating from the university’s orthodoxy, and face no accountability for doing so, then what (and who) is next?

The answer, of course, is you and me. We are next. If decent people do not take a stand against these abuses, it’s not a matter of if the state-endorsed mob will come for us—it’s only a matter of when.

Samantha K. Harris, a campus disciplinary attorney, is representing Professor Negy in his investigation by UCF.