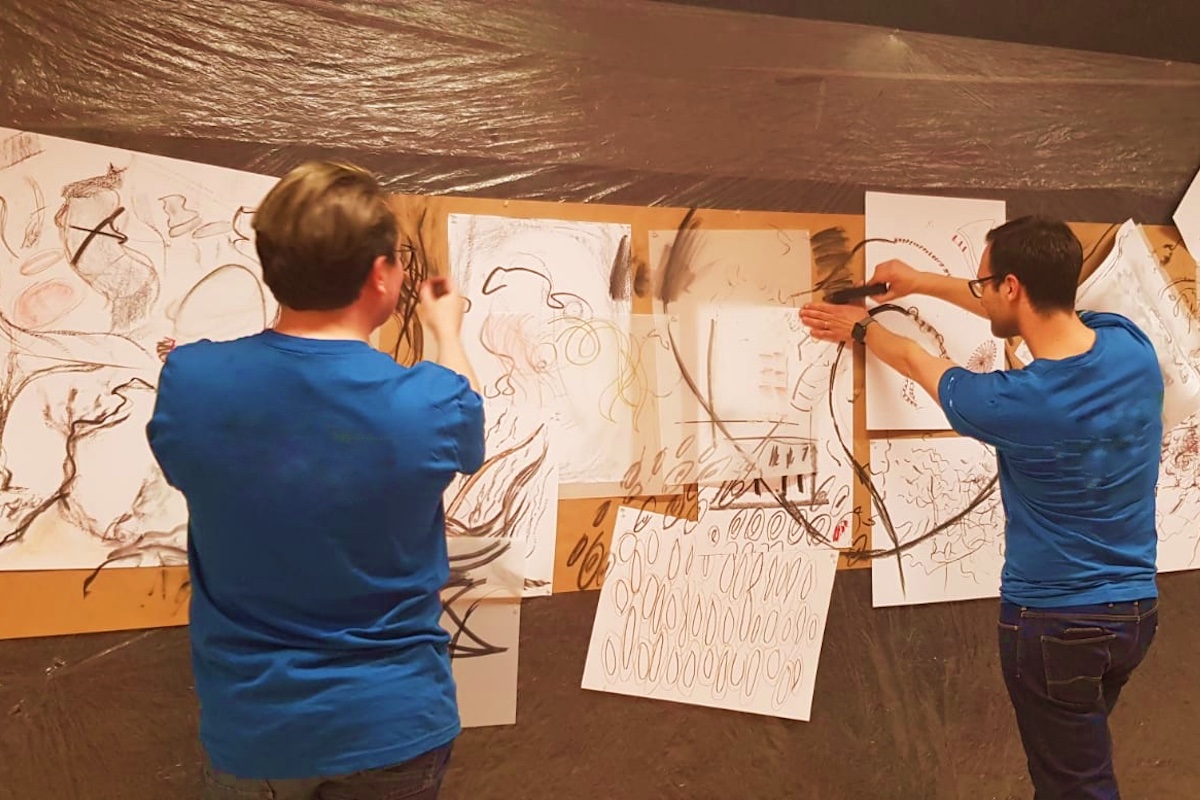 In the latest OECD student-evaluation rankings, Australia performed dismally. Average benchmark PISA test results for the country’s 15-year-old students have declined more since 2003 than those for any other developed country except Finland. In mathematics proficiency, Australian students are now below the OECD average. And they are a full year behind in scientific and reading literacy compared with those who sat the test two decades ago.

Of course, PISA (Programme for International Student Assessment) is not the only measure of progress. And outperforming other countries is not the goal of our education system. According to a 2008 declaration from the country’s Ministerial Council on Education, Employment, Training and Youth Affairs, the real goal is that “all young Australians become successful learners, confident and creative individuals, and active and informed citizens,” so as to produce a “democratic, equitable and just society…that is prosperous, cohesive and culturally diverse, and that values Australia’s Indigenous cultures as a key part of the nation’s history, present and future.”

But notice that these are social goals, not educational standards. Unsurprisingly, Australia has gradually been injecting politically progressive ideas into its teaching and learning methods, sometimes without regard for whether they actually help children read, write, perform math or know important facts. My experience as an educator in different parts of the country has given me an understanding of the main themes and techniques now being advanced.

For instance, progressive educators believe that children learn most naturally when encouraged to pursue their own interests. They believe that learning consists primarily of the acquisition of skills rather than knowledge. A progressive educator teaches children how to read, but avoids telling them what to read. There are a lot of art-based, play-based and project-based activities, often done in some kind of collaborative context.

As San Francisco-based education professor Stanley Pogrow wrote in 2006, progressive educators tend to have “high ideals…supported by poetic visions and lofty rhetoric…they feel that all children will learn spontaneously at very high levels as long as you use individualised, ‘child-centred’ approaches…No value is seen in rote learning or automaticity of skills, and worksheets, textbooks, standards, formal phonics, texts, scripted programs, etc., are viewed as evil.”

To be sure, that is not an apt description of the Australian education system. We recognize that there are some things kids do need to know, whether they are interested or not. We have a national curriculum. But we also consider their social and emotional needs as unique individuals undergoing self-development in diverse contexts. Our system works on a pendulum that swings back and forth between traditionalism and progressivism. Students learn multiplication tables and read set texts. But they also build bridges with Lego and talk about empathy.

I got into the more progressive side of the system seven years ago. At the time, I was sceptical of the traditional side, preferring to design programs for schools in Sydney that addressed curricular outcomes through art and play. My programs enriched student experience, promoted a connection with nature, developed their creative faculties, and fostered a sense of belonging.

For example, in 2018 I ran a six-week program involving 175 primary students at a public school in Sydney’s gentrified Inner West area. Our goal—to build a “Trash Orchestra” using recycled materials—exemplified the progressive approach. Weekly sessions involved games, stories and open-ended making. During one session, we played a listening game in which students geospatially represented found sounds on maps of the playground. When the instruments were finished, the students recorded an album of original music with the help of two professional contemporary musicians. Engagement was off the charts. Feedback from teachers and parents was overwhelmingly positive.

But looking back, I realize these children all lived in privileged neighbourhoods. Their parents were mostly university-educated professionals. They could appreciate this kind of progressive education project because they knew that through a combination of enriched home life and value placed on formal education, their children were also learning the basics. My “Trash Orchestra” project wasn’t replacing the three Rs. It was complementing them.

Shortly thereafter, I decided to broaden my personal and professional horizons by moving to a more remote location. Cut to Alice Springs, a town of 25,000 in the middle of Australia, 1,500 kilometres from the nearest major city. Alice (as it’s known) is surrounded by a vast desert punctuated by cattle stations, water holes, sacred Indigenous sites, old missionary artifacts, and some of the most beautiful walking tracks in the world. It is also home to some of the most marginalised people in Australia.

About a fifth of the town’s population are of Aboriginal descent, heirs to the Indigenous societies that have been decimated by European newcomers since the 18th century. Two of the first anthropologists to arrive in the area, Baldwin Spencer and F.J. Gillen, reported more than a century ago that the arrival of white people undermined the “strict moral code” of Indigenous groups: “The old men see with sorrow that the younger ones do not care for the time-honoured traditions of their fathers, and refuse to hand them on to successors who, according to their ideas, are not worthy to be trusted with them.” We may live in a more enlightened time, but the damage done to Indigenous Australian societies remains severe.

Half of the Indigenous people in Alice are unemployed, and 72 percent live in town camps—government-housing enclaves that formerly were the only places that Indigenous people in Alice were permitted to live. Only 40 percent of the local Indigenous population aged 20 to 24 has completed high school. At night, groups of youths as young as eight wander the streets until the early hours, at which point they return to homes that are disproportionately plagued by domestic violence.

Complicating the demographics is the roughly 20 percent of town residents who are recent immigrants, having been incentivised by the government’s resettlement policy to live in regional and remote areas. Most come from North Africa, the Philippines, India and Nepal. Two-fifths of the town’s residents speak a language other than English. (Alice is one of the few places in Australia where Indigenous people still speak their own language at home.) Life in this town often feels like a complex, historically significant, multicultural experiment, which in turn attracts a lot of well-meaning and well-educated professionals from wealthier parts of the country. They serve as social workers, lawyers, medical professionals, community developers and educators. Most, like me, are eager to honour and amplify the traditions of diverse peoples—including through the advancement of progressive education methods.

Which is where the problem arises. These professionals are highly educated, but many students in Alice Springs schools don’t yet have the tools they need to learn at a high level. Studies show the performance gap between these communities and more privileged areas is getting wider. And hyper-progressive education methods that receive so much acclaim from upper-middle-class parents aren’t always suitable for children struggling with the basics.

Take, for example, an Indigenous child I’ll call Mike (though the anonymized details that follow could apply to many children I’ve met). He is 12, but reads at a level that precludes him from understanding chapter books. He attends school most days, but on reduced hours for bad behaviour. When he does attend, Mike spends most of his time one-on-one with an assistant teacher, labouring over a maths worksheet or playing basketball. He is intelligent, and dreams of playing professional sports one day. But that dream is entirely unrealistic. Mike spent his early childhood in group homes, and now lives with his mother and a man who isn’t his father. Neither of these adults finished high school, and both are unemployed. Mike says that school is irrelevant to him because it’s really just for white people. He spends his afternoons riding his bike and his nights wandering the streets.

Educators at Mike’s school are trying to create a place that accommodates his needs. They want him to feel like an empowered agent in his psychosocial development. So the school invests time, money and training in new approaches designed to empower children like Mike to pursue their interests through, for instance, literacy and numeracy courses linked to environmental education and creative arts. Ninety percent of the students at Mike’s school are Indigenous, so its approach is steeped in the language of diversity and inclusion. Unfortunately, despite these efforts, daily attendance hovers somewhere between 60  and 70 percent.

That progressive education approaches produce lower test scores is uncontroversial. Pogrow (himself a progressive educator) acknowledges as much. So, too, does University of Virginia Professor Emeritus E.D. Hirsch in his 2016 book Why Knowledge Matters: Rescuing Our Children from Failed Educational Theories. This also has been reported by European education expert Paul Kirschner in ResearchED, and summarized here in Quillette by Australian scholar Greg Ashman.

In Sydney, this was difficult to see. For the most part, those kids did just fine. If anything, a little open-ended creative expression was a welcome break from the programmed routine of their safe and healthy lives. On one occasion, during a long-term program at an elite independent school in the city’s North Shore area, a parent told me that my program had changed her daughter’s life. She was behind her peers in literacy and numeracy, and found it difficult to concentrate. She felt dejected and often complained about being stupid. The chance to express herself for a couple of hours per week over the course of four years helped her see herself in a more positive light. These are the kind of stories that champions of progressive education like to tell and retell.

On balance, she will still grow up less educated than the other students in her cohort. But compared to Mike, she will be better off—not because I showed her she could write poems, but because, culturally, she recognizes the path taken by her parents, both of whom have business degrees and work in advertising. She will see her mission as one of independent civic participation, because she will simply inherit that mission from her parents and community. For Mike, acquiring that mindset would require considerable good fortune and a basic foundation in literacy and numeracy. He doesn’t need to make music from garbage. He needs to learn to read and write.

I agree with progressive educators that PISA results aren’t the be-all and end-all of educational attainment. But even by the measure of our stated social goals, standards are deteriorating in places like Alice Springs. The way we are thinking about education is increasingly one-sided, and often reflects the experiences and biases of privileged people living in privileged communities. If equity and justice are really what we want, then it’s time to let the policy pendulum swing the other way.

Daniel Silver is a writer living in Alice Springs. He can be reached at danielsilver.play@gmail.com

PODCAST 118: Novelist Lionel Shriver talks to Toby Young about intellectual conformity, being a lockdown sceptic, and her new book