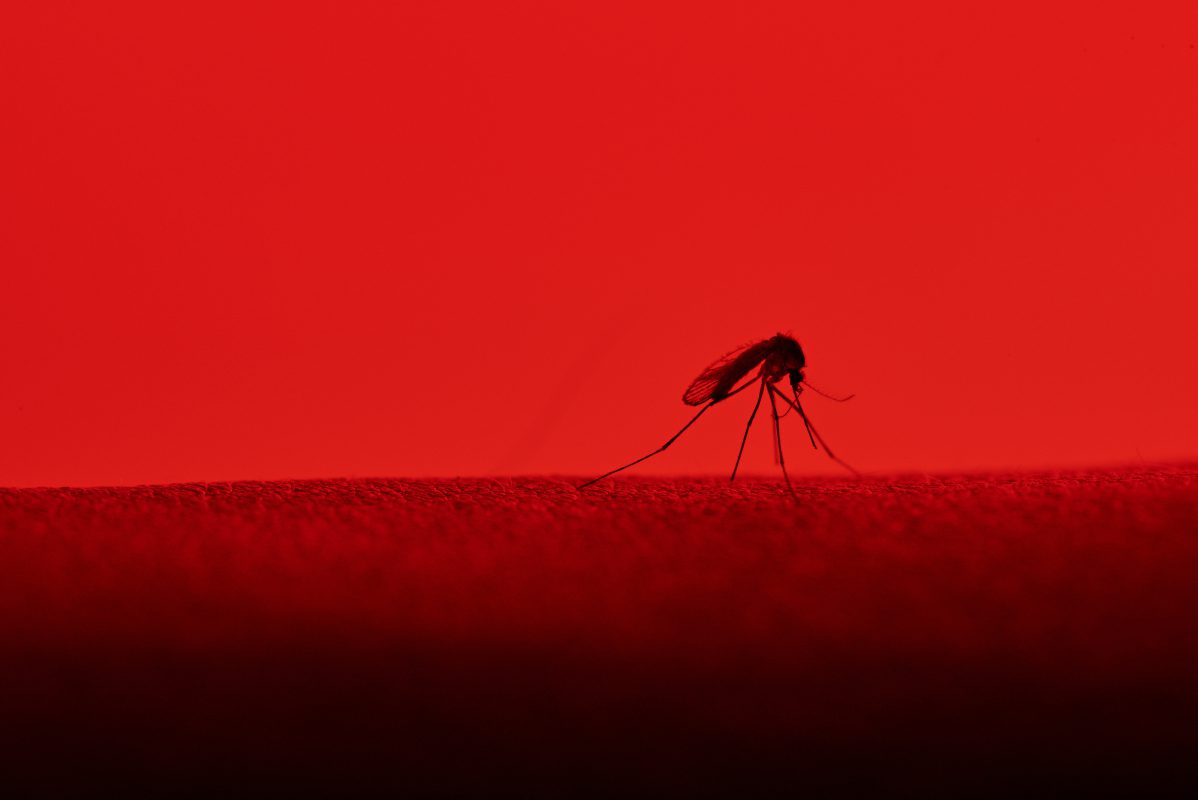 A Plea to President Trump:  Save Millions of People by Exterminating Some Annoying Bugs

A hundred species of beetles will go extinct unless we eliminate 830,000 people each year to protect the insects’ habitat.  Tiny poison-filled drones can do the killing.  The drones’ automation will free us from any moral burden arising from their actions.  Fortunately, since the threatened beetles live in impoverished areas, most of the dead will be poor people in poor countries whose demise will attract little media attention.  Yes, all human life is in theory precious but to preserve a few species of insects on our sacred mother earth shouldn’t we be willing to sacrifice a mere 0.01 percent of us each year?

Okay, I made up the parts about the beetles and drones, but mankind really does face a similarly weighted tradeoff between insects and humans.  Mosquitoes kill around 830,000 people each year mostly by spreading malaria in underdeveloped nations.  Mosquitoes sicken and cause lifelong debilitation in many who don’t die.  By decimating human capital, mosquitoes do much to keep poor people poor. With their ready access to our blood, mosquitoes may even give future bio-terrorists an easy attack vector.

To eliminate this menace, we need only exterminate the 100 of the 3,500 or so species of mosquitoes that bite humans.  Given that we very likely have the technology to eliminate human-biting mosquitoes at a relatively low cost, not doing so is Hitler-level evil.  If a new dictator arose and started killing 830,000 people a year, we would all accept the moral value of stopping him.  Delaying the eradication to first study any possible ecosystem effects would be morally analogous to the allies deciding to postpone the closing of the Nazi concentration camps until they first did an environmental impact assessment.

Extinctions happen all the time without us even noticing.  There are an estimated 2.6 to 7.8 million species of insects.  Losing a hundred of them would make only a tiny ripple in the ecosystem.   After all, over 99 percent of species that have ever existed have gone extinct.  Mosquitoes do provide food for other creatures, but whatever ended up taking over the ecological niche of the departed bloodsuckers would probably also play a role in the food chain.  If we are worried about the loss of diversity, we could eliminate the human-biting mosquitoes and spend a few million dollars helping, say, endangered beetles.

Sure, there are unknown unknowns with eliminating some mosquitoes.  The ecosystem involves complex interdependencies and exterminating a few insect species could have unforeseeable negative consequences.  But the unknown unknowns of keeping the mosquitoes are probably even worse.  Who knows what new diseases human-biting mosquitoes might bring, especially if climate change expands their numbers or causes them to pick up additional parasites.

Just in case, we could keep some lab samples of the exterminated insects and release them back into the environment if we come to think they were beneficial.   I think, however, that this is about as likely as us wanting to reintroduce smallpox into our population.

The only sensible argument for caution is the slippery slope.  If we eliminate mosquitoes today, it might empower us to exterminate rats, cockroaches, or fire ants in the future.  At some point we might mistakenly wipeout a beneficial species.  Just as the moral capital the US gained from victory in WWII pushed the U.S. to fight a few wars it probably should have avoided, exterminating mosquitoes could, perhaps, result in someone eventually going too far in their efforts to reshape the ecosystem to match mankind’s needs.  One possible safeguard to the slippery slope would be if a mosquito extermination effort was led by someone detested by the world’s elites so his efforts would likely not be used by them as a precedent.

Evolution can help us exterminate human-biting mosquitoes because evolution isn’t forward-looking.  When the Nazis attacked Poland, the short-term best path for England and France would have been to accept Hitler’s latest conquest.  But these two nations went to war because they realized that appeasement would eventually put them in a weaker military position.  Unlike what human strategists are capable of, however, evolution will always push to do what’s in the short-term interest of a gene or species, and we can use this flaw to destroy mankind’s deadliest foe.

Imagine that we use the genetic engineering technology CRISPR to create a gene that gives a mosquito a short-run benefit but long-term vulnerability.  Evolution will cause the percentage of mosquitoes that have this gene to grow, at least until the vulnerability cuts in.  If the initial growth is fast enough and the vulnerability big enough, when crush time comes the species will go extinct.

We could use gene drives to cause the eventually deadly genes to proliferate.  Normally, a gene has an even chance of being passed down to an offspring.  But some types of selfish genes always get passed down, making it vastly easier for this kind of gene to eventually spread to every member of the species.

Weaponized patriarchy is another method we could use to exterminate all the species of mosquitoes that bite humans.  We could use CRISPR to create mosquitoes whose descendants will always be male.  Eventually, when the last remaining female mosquitoes of a species mates exclusively with males who have the only male gene, the species will go extinct.

Any one attempt to eliminate human-biting mosquitoes could fail, in part because a new mosquito mutation could undo our efforts.  But we could always try again, and improvements in gene editing techniques should be making it continually easier for us to exterminate any rapidly breeding species.

The Gates Foundation is reportedly looking into ways of using gene drives to destroy some mosquito species.  The biggest barrier, however, might be political.  The Foundation supposedly hired a PR firm to try to convince academics and UN decision makers to be more favorably disposed to deploying gene drives.

As Franklin Roosevelt got ahead of public support in providing aid to WWII Britain, I urge President Donald Trump to lead efforts to eradicate human-biting mosquitoes as soon as possible.   He should start by offering the Gates Foundation whatever financial, logistical, and legal support it needs.  If exterminating mosquitoes would violate laws, Trump should promise presidential pardons to all those who free us from the mosquito menace.

While I would hope Trump would fight mosquitoes to make the U.S. and the world a much better place, crass political reasons should also push him to support eradication.  Obviously, Americans hate getting bitten by mosquitoes and many would thank Trump from saving them and their families from the bloodsuckers.  Furthermore, while I doubt any Republican would oppose exterminating a hundred species of mosquitoes, many of the leftist sacred-Mother-Earth-type environmentalists would, so fighting mosquitoes would become a wedge issue that divides Democrats.  Finally, mosquito eradication would solve Trump’s biggest political perception problem.

Democrats and the liberal media have, unfairly in my opinion, convinced many that President Trump is a racist.  Well, almost all the lives that Trump would protect by exterminating human-biting mosquitoes would be non-white.  If Trump saves hundreds of thousands of African lives a year through a bold initiative that many Democrats oppose, efforts at tarring him as racist will rightly fail.

James D. Miller is a professor of economics at Smith College and the host of the Future Strategist podcast.  He is @JimDMiller on Twitter.