In contemporary political discourse, black America often seems to be perceived as a monolith. We are expected to think, act, and vote as one, and any attempt to step outside the bounds of our pre-determined spectrum of thoughts can lead to summary excommunication. Our diversity pertains to our race, ethnicity, gender orientation, or sexual preference when set against the rest of the American population, but the diversity of opinions, beliefs, and values found among American blacks is seldom acknowledged. Even though the ‘black community’ in America includes immigrants from Africa, the Caribbean, and Latin America, as well as multiracial individuals and descendants of the slave trade, we are often grouped together as one large indistinguishable ideological bloc.

Consider the recent criticism heaped on Dallas Cowboys quarterback Dak Prescott. Prescott committed the apparently unpardonable sin of saying that he doesn’t agree with the NFL players who chose to protest police violence by taking a knee during the national anthem. Speaking to reporters, Prescott said:

I never protest during the anthem and I don’t think that’s the time or the venue to do so. The game of football has always brought me such a peace and I think it does the same for a lot of other people, people playing the game, people watching the game and any people that have an impact on the game. So when you bring such a controversy to the stadium, to the field, to the game, it takes away. It takes away from the joy and the love that football brings a lot of people. I’m all about making a change and making a difference. I think this whole kneeling and all that was all about just raising awareness. The fact that we’re still talking about social injustice years later I think we’ve got to that point…I’m up for taking that next step, whatever that step may be for action and not just kneeling. I’ve always believed in standing up for what I believe in.

Prescott never stated that the players protesting be punished for doing so—on the contrary, he acknowledged the validity of the protest, even if he didn’t approve of the time and place, and said he respected his colleagues’ actions even though he didn’t agree with them. For this frank and honest expression of a dissenting view, he has been rewarded with a backlash from fans and peers alike. Prescott stepped outside of his prescribed bubble of acceptable opinions and must now be reproached into repentance. 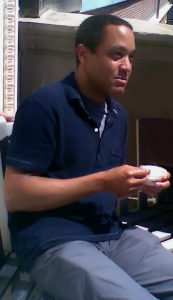 In various areas of life—from politicians, athletes, actors, and musicians to everyday people—black Americans are not allowed to think for themselves or depart from the prevailing consensus. Senator Tim Scott is routinely called an Uncle Tom, a ‘coon,’ and worse simply because he is a Republican, while commentators and public intellectuals such as Thomas Sowell, Antonia Okafor, Larry Elder, and John McWhorter are rarely called upon by the mainstream media to discuss issues of race in America. Others, such as Marc Lamont Hill, Michael Eric Dyson, Roland Martin, and Joy Ann Reid, whose views align more closely with progressive orthodoxies, are invited to carry the black American ideological torch instead. In the recent “State of Black America Town Hall” hosted by Roland Martin, all of the panelists were on the left of the political spectrum. Are we to believe that there was nothing to be gained from the inclusion of opposing viewpoints? That conservative or centrist voices have nothing to contribute to a debate about how to improve and encourage education, health, social justice, prosperity, and civic engagement in black America? Is leadership in the black community dependent on whether a person votes blue or red as opposed to the viability and merit of their arguments?

Black voters are expected to be Democrats—or at least left-leaning in their politics—not because of their views on this-or-that policy initiative, but because of the perceived racial attitudes of Republicans. But this has resulted in an odd paradox—despite black progressives’ professed hatred for ‘systemically racist’ government and institutions, they continue to trust in and empower those same institutions by voting for policies that strengthen them and their ability to hold sway in our lives. If you believe the government is oppressing you, it is surely counter-productive to demand that it take more of your money, that it institute policies that further criminalize your behavior, or that increase its ability to infringe on your privacy.

Well-meaning white progressives, meanwhile, treat black Americans more like the family pet than the family friend, condescending to praise us when we align with their views, and ferally attacking when we don’t. The conversation about race in America has been framed by progressive media and co-opted by the Democratic party to supplement the coalition that supported Obama during his presidency—presumably in the hope that blacks would gratefully support Hillary in her run for office. But Democrats have come to take the black voting bloc for granted—even though 44 percent of black voters consider themselves moderate and another 27 percent consider themselves conservative, black Americans still overwhelmingly vote Democrat (90 percent).

Voting demographics are critically important, because whoever wins elections is then in a position to make and influence policy. While black Americans have been voting Democrat, the wealth gap between blacks and whites has widened, with one in four black households having zero to negative net worth, and black families having $5.04 to every $100 in a white family. Of the ten poorest cities in America, nine are run by Democrats. Of the ten cities with the highest levels of unemployment, nine are run by Democrats. Of the ten most dangerous cities in America, eight are run by Democrats. In each case, those affected are disproportionately black, with blacks having higher rates of poverty, lower rates of income, and higher rates of criminality. Despite a dearth of evidence that voting Democrat has an inherently positive impact on life as a black man or woman in America, progressives continue to demonize any attempt by blacks to look for solutions beyond the Democratic echo chamber.

The saddest part of this narrative is that liberals seem to think they have little of value to offer black voters besides apologies for past transgressions and a savior complex that promises to police current society’s racial shortcomings. Often the voices screaming the loudest following instances of racial animus or law enforcement misconduct belong to white progressives who have taken it upon themselves to champion causes on behalf of the politically mute or ‘marginalized.’ This embarrassing spectacle sometimes resembles an adult who humors a fractious infant just to reassure it that he is an amiable and unthreatening figure. This does not, of course, mean that support and solidarity from whites on racial issues isn’t necessary or welcome. But support and thoughtless acquiescence to a particular narrative are not synonymous.

If I say that racism does not play a large role in my life, that statement doesn’t invalidate the effects of racism in another black person’s life. Nor does it mean that I don’t believe racism is itself a problem. It is simply an acknowledgement that the ‘black experience’ is not everywhere and always the same. The idea that racism is an omnipresent factor in the everyday life of black people and an all-purpose explanation for what ails them is ludicrous. The struggles and experiences of a black middle-class child from Kansas are not the same as the struggles of a black middle-class child from Maryland, which are not the same as the struggles of an inner city black child from St. Louis, Chicago, or Dallas, and so on. Individuals often have more in common with people from similar income classes than they do with those in their racial group, because income has become a larger discriminatory factor than race. This is consistently demonstrated in education and career statistics. Black Americans may be rich or poor, religious or atheist, academic and/or athletic, conservative or radical, and so on. To reduce the black identity to a vote determined by race or ethnicity is not only insulting, it’s frankly racist.

That black Americans adhere to these rules is disappointing. With the common goal of improving the lives of blacks everywhere, and providing equity and inclusion for all, black Americans should welcome diverse viewpoints and opinions. Intellectual diversity discourages political complacency—if prevailing ideas and beliefs are challenged, thought and reflection are required to defend them. If I believe I’m right, I should welcome the opportunity to test that assumption and to alter my views in the light of new data and perspectives I may not have considered. My opinions about improving the lives of other blacks are no less valid just because I have arrived at a shared goal by a different route. It is through conversations with those with whom we disagree that we’re able to inform and learn from others. We can then use the diversity of argument and thought to strengthen our communities and foster the change we all seek.

Unfortunately, the progressive orthodoxy on ‘black issues’ often seems to be reducible to the assumption that blacks are incapable of succeeding on our own merits. We require Affirmative Action because, when left to our own test scores and grades, black students are unable to gain entrance into prestigious institutions of higher learning. Instead, we need help just to compete at the same level as not just whites, but also other minorities. The same paternalistic impulse informs discussions about employment, crime, movie roles and awards, and so on: blacks can’t be trusted to achieve or stay out of trouble on their own, and so someone else must step in. This mindset, in which black Americans are passive victims rather than agents, only infantilizes them.

This is not a benign problem. The monocausal progressive explanation for black disadvantage is dangerous for two reasons. Firstly, it imposes a false conformity that helps ensure alternative hypotheses which might improve understanding of the underlying complexities of racial disparities in America are left unexplored and undiscussed. Secondly, the reflexive imputation of racial bias in situations where alternative explanations for behavior are readily available risks inducing a skeptical fatigue. So, when racism does rear its head, it has already been trivialized and risks being ignored. With the best of intentions, progressives have taken it upon themselves to speak for black America. But it is black America that will pay the price for the narrowing of acceptable thought progressives demand.

Tosin Akintola graduated from UMBC in 2017 with a B.A in Political Science, he is an editor and contributing writer at Lone Conservative and currently works in Higher Education.

The Progressive Case for Renouncing Gender Extremism: Last of a Three-Part Series