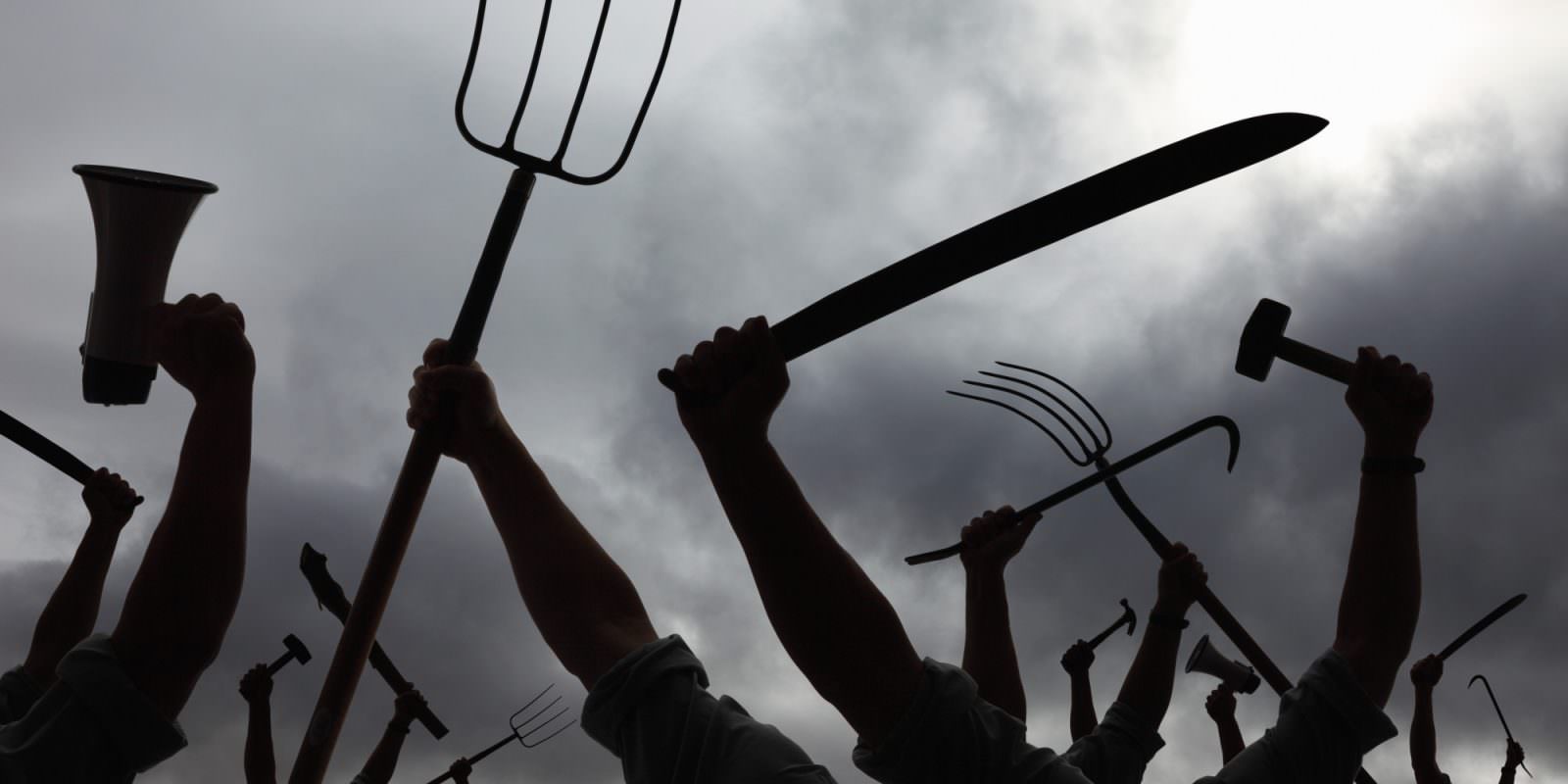 It’s impossible to ignore the story of Greig Tonkins, the Taronga Park zookeeper who punched a giant roo to save his dog.

However, the aftermath — where animal activists and offendotrons of various stripes mobbed him and tried to get him sacked, ultimately necessitating police involvement — was, if anything, more extraordinary.

These days, it seems people will be sacked from their job — with their life and that of their family ruined — if they do something a big enough and loud enough mob doesn’t like.

Somehow, we’ve decided it’s reasonable to consign people to unemployment and poverty over trivialities: how a zookeeper spends his weekends, dressing in bad taste, donations to a charity considered non-U in certain parts.

Maybe it’s because tarring and feathering is illegal.

We seem to have forgotten that employees are allowed to be ‘ordinary members of the public’ — people are not automatons and not the property of their employers. One of the union movement’s achievements was preventing employers from policing their employees’ extracurricular activities, as long as those activities were legal.

Granted, there are things wrong with modern trade unions, but I think stopping the Company from sacking a miner because he’s secretary of the local Labour Party branch is a good thing.

I mean, the list is getting rather long. Tim Hunt, Brendan Eich, Justine Sacco, remember them? Remember when Clementine Ford got a bloke sacked because he called her a slut? Remember when legions of whingers reduced Matt Taylor to tears for committing the heinous crime of wearing a paint shirt gone terribly, terribly wrong in public?

It’s well known the offendotron phenomenon started on the left. I experienced an early version 20 years ago. Nonetheless, social media mobbing has become thoroughly bipartisan — even Donald Trump has joined in with glee, lining up union leaders and Twitter interlocutors from what is surely the world’s biggest bully pulpit.

Yes, being called a slut or exposed to uncontrolled experiments in dreadful fashion is unpleasant, but by the same token if I had a buck for every rude word I’ve been called since turning 18 (since everyone is roundly abused at school I’ll leave that out), I’d have bought my own Caribbean island by now. Sane people get over it.

Mobs are historically salient. It’s not so long ago that ‘lynch mob’ was more than metaphor. Righteousness — the belief that moral correctness of belief and action is so pressing and important that it transcends law and custom — is dangerous even in isolated individuals. When it infects a mob, it threatens everyone and everything in its path.

This, at least, has been known for a while, partly because it’s psychologically satisfying for those who indulge. Aldous Huxley observed that the surest way to work up a crusade in favour of some good cause is to promise people they will have a chance of maltreating someone. To be able to destroy with good conscience, to be able to behave badly and call your bad behaviour “righteous indignation” — this is the height of psychological luxury, the most delicious of moral treats.

We need to pull the offendotrons up short. They’re undermining civil society, wrecking lives, and making it impossible for people to maintain any distinction between public and private life.

Oxford philosopher Jeffrey Ketland points out mobs amplify their power or strength in three ways. First, they use social media to increase their number, a form of proxy recruitment; second, they deliberately seek institutional power in universities, corporate HR departments, and unions; and third, they generate emotional and moralistic outrage about trivialities because humans are prone to instantaneous, furious responses. The individual who says ‘ask me what I think tomorrow’ is rare.

This makes mobbing near impossible to resist, as huge asymmetries of power mean the victim can almost never escape or fight back. An individual may defend himself from a single person, or perhaps three or four. No individual can defend himself from a mob of 1000 or more. Small wonder companies, universities, political parties, and associations buckle.

Even Taronga Zoo — although it commendably resisted the offendotrons and kept Mr Tonkins in post — conceded to the tyrannical flash mob that descended on him that it ‘strongly opposes the striking of animals and does not support the practice of using dogs to hunt’ and that it ‘continue[s] to work with Mr Tonkins on his conduct in regards to this incident’.

Excuse me, but hunting wild boar with dogs is legal, and not just legal — many conservationists positively endorse it. Pigs are pest animals in Australia and not only very dangerous but extraordinarily destructive of native wildlife and habitat.

John Stuart Mill famously spoke of two constraints on freedom. The first is the obvious one, when the State exerts control by passing laws against speech or conduct at the behest of the ‘tyranny of the majority’.

The second is less obvious, but Mill believed it to be just as dangerous. ‘There needs protection also against the tyranny of the prevailing opinion and feeling,’ he argued, ‘against the tendency of society to impose, by other means than civil penalties, its own ideas and practices as rules of conduct on those who dissent’.

Mill also argued fixing the second is not the State’s role — ‘there ought to be a law’ is fraught with unintended consequences. It’s a job for civil society. The only way to head mobs off at the pass is for individuals and institutions to resist them. And at least some of the time, this will involve extending two fingers and making a vertical movement.

Helen Dale is a writer and lawyer. She read law at Oxford and was previously Senior Adviser to Senator David Leyonhjelm in Australia. She suggests offendotrons develop an interest in sex and travel. She is on Twitter @_HelenDale

An edited version of this article was previously published in The Spectator.